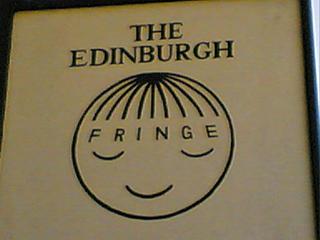 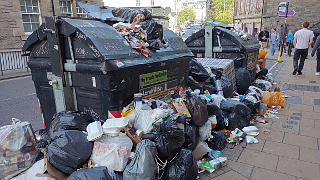 2022 was our first full Edinburgh Festival in three years, so this'll be our first full Postscript in three years too. As ever, our coverage concludes with a few of Spank's Pals telling you about what they liked and didn't like this time round - the same ones as in 2019, in fact.

My own introduction to the 2019 Postscript concluded with the words "Time for me to start planning for Edinburgh 2020, I suppose," but I'll leave the optimism to everyone else this time, just in case... 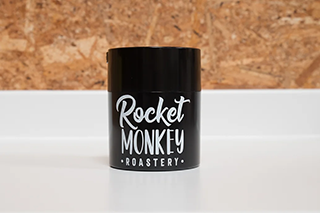 Books: I was about five minutes into the audiobook of John Kennedy Toole's A Confederacy Of Dunces when I remembered exactly when and where I first read it. I was on a trip to New Orleans for work back in 2000, and given that it's widely accepted as one of the best novels set in the Big Easy, it seemed appropriate for reading on the plane. Walking the streets and seeing locations I'd just read about was rather terrific. 22 years later, I'm finally getting to revisit it courtesy of Reginald D Hunter's audiobook reading. The BBG isn't enjoying it so much because every character in it is terrible: and the worst of them all is our hero Ignatius J Reilly, who thinks he's superior to everyone he encounters when he's really the Dunning-Kruger effect in a fatsuit. I don't have as much of an issue with a story where the protagonist is being held up to deserved ridicule, though I'll admit some aspects of Dunces haven't aged well, notably its handling of race. (Really not sure it needs the po-faced 'attitudes of the time' warning that this audiobook opens with, though.) Still, Hunter's a pretty good fit for the text, and he gets the tone of Reilly exactly the way it's sounded in my head since I read it.

Food And Drink: We're currently running through a cycle of Things That We Did Regularly Up Until The End Of 2019 And Are Just Beginning To Start Doing Again. The biggest one for August was, of course, Edinburgh: the second biggest was probably the Great British Beer Festival, back at its Olympia home after the occasional experimental attempt at going online. A couple of things have changed in the last three years, some of them presumably because of the pandemic (all transactions are now cashless, with a quaintly archaic token system for people who don't believe in plastic), some of them less obviously so (the door price ramped up to £20, but throwing in a beer glass, a programme and two halves of beer as part of the deal). Still, being in a big room full of happy drinking people is a nice thing to be doing again. For the record, our final tally (all in shared halves, and not a duff one in the set) was Mad Squirrel's Sumo, Runaway's Summer Saison, Bowland's Bumble, Castle Rock's Preservation, Gorilla's Vanilla Gorilla, Nightjar's Kaleidoscope World, Twisted Wheel's Speed Wobble, XT's XT8, and finishing with Puhaste's Muda from the Dangerous Foreign Muck stall. Bonus points for the entertainment on the night: we were all set to take the piss out of Swallow for advertising themselves as Reading's Best Classic Rock Covers Band, but they were exactly right for the occasion.

Music: Public Service Broadcasting is a band that specialises in building music around samples of archive speech recordings. The BBC is an organisation that's 100 years old this year, has lots of archive speech recordings from that period, and runs a major music festival called the Proms. It's pretty obvious how this was going to pan out. PSB's very own Prom concert featured an hour-long commission called This New Noise, a suite of numbers built around audio from the early years of British broadcasting. As a piece, it's got a very similar structure to their earlier album The Race For Space - both of them focus intensely on the early pioneering years, either of the BBC or of space travel, and end with a downbeat coda asking 'so, what now?' If I have one qualm about This New Noise, it's that it sometimes forgets that PSB are at their best when they're being a rock band: this piece sometimes lacks the intensity of their best work, coasting on the easy grandeur you have to hand when the BBC Symphony Orchestra are on stage with you. But there's still plenty of beauty, power and wit in there. You can listen to it on BBC Sounds if you like, but if you're reading this early enough you can catch it on telly on BBC Four at 8pm on Friday September 2nd, and then on the iPlayer for a month after that. It's worth seeing: PSB have always had a knack for arresting visuals, and the projections used throughout are excellent, along with some surprisingly moving bits of stagecraft.

Reviewed today: Jarvis Cocker, Lauren Pattison: It Is What It Is, Thank You Edinburgh.