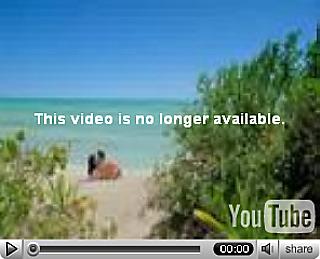 The story so far. Late one night last month, I was thinking about the music from Casino Royale. Not the good Casino Royale that's in cinemas right now, of course, but the terrible Casino Royale that was made by six different directors back in 1967. (Recently, during an excellent Sunday lunch at Seapea's, it turned out that most of the people round the table had attempted to watch the 1967 version when it had been shown on ITV that weekend, and all of them had given up on it after 15 minutes or so. But I digress.) It's generally agreed that one of the few good things about that film is Burt Bacharach's fabulously jaunty score, featuring Herb Alpert and his golden trumpet. And I got to wondering: what would happen if you put the 1967 film's music against the 2006 film's trailer?

If you've seen this page, then you know what happened. I found a copy of the trailer on a website, found a copy of the music on another website, stuck the two together in a video editor and found that they matched delightfully without any editing whatsoever. I put the result up on YouTube, where it was generally well received, apart from the thirteen-year-old twat whose sole comment was "this is so gay".

It stayed on YouTube for about a month, and then Casino Royale itself was released. During the week that followed, Sony went on a search-and-destroy mission for any web videos that would infringe their precious copyright. Predictably, my little mashup was one of the ones removed from YouTube as a result. I can't complain - I accept that it's their copyright material, and it was kind of naughty doing what I did with it - but my main concern is that the result was rather fun to watch, and now you've all been deprived of that fun.

Here are two links. Link number one is to the Casino Royale (2006) trailer - a fully legitimate copy, licensed by Sony to the QuickTime trailer site. Link number two is to an MP3 of the Herb Alpert recording of Casino Royale (1967). This is a little less legitimate, I admit: but it appears to have been sitting on this page since the days when HTML like that looked cool, so I'm assuming nobody really cares that the file's out there.

The player for the video has a volume control: set it to the lowest setting. The MP3 can be played in the audio player of your choice: the key thing is to have it small enough to be visible on screen alongside the video window. When you're ready, press play on the video, wait for the green MPAA rating card to cut to black, then immediately press play on the audio.

And if Sony come beating down your door at three in the morning, it's nothing to do with me.

Wow. I missed it the first time, but have just tried the workaround. Not only is synching is pretty much perfect, the length fits too. Good work/find Spank!