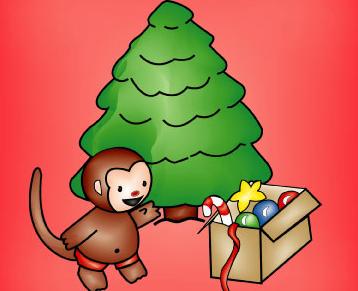 After October's posting frenzy, it was inevitable that things would slow down a little here in November, particularly when you factor in a satisfyingly busy period in my New Moderately Responsible Job In The Computer Industry. But that's not to say that I haven't been artistically active as well. Aside from Faust, which you already know about, the other cultural highlight of the month has been the NFT's Wild Japan: Outlaw Masters movie season - expect to see a report on that here fairly soon. (If you live in Edinburgh, you can see the season at the Filmhouse right now, with appearances in other cities to follow.)

What else can you expect on the site in December? Well, regulars will already be aware of our two big end-of-year traditions: the Pick Of The Year CD compilation of the year's best tunes, and the VidBinge event celebrating the year's best movies. With the usual delays, I probably won't write about the 2006 VidBinge or CD until early 2007, but expect a flurry of reposts over the next few weeks looking back at previous years - including the story of the first VidBinge in 1999, never before seen on the interweb. Plus, maybe, some other stuff I haven't thought of yet.

Meanwhile, the Simian Substitute Site for December 2006 is the Happy Monkey Christmas Card, which you can purchase from the Engrish Store. I've always felt a little bit queasy with the whole Engrish concept, particularly when they stop reporting on amusing misuses of the English language in Japan and start making up their own examples, as appears to be the case with this card. Plus, when you look at the front and inside of the card, it appears to be making somewhat slanderous accusations about the ability of monkeys to decorate Christmas trees. (And a second card suggests that they're not much better with snowmen, either.) Still, I was looking for a festive site for December and this was the best one I could find, so you're stuck with it.

The comments box below is open for any old nonsense you want to talk about, as ever. And Merry Christmas.

So more Suze I hear you cry. Well here we have one of her all time classics "When Heroes Go Down" + The Avon Lady Story + 99.9F (oh yea and Jay Leno)