Home Archives/Categories About Me RSS Feed Mailing List Email
You Wouldn't Think That I Was 43: Competition Result
REPOST: Heroic Grace 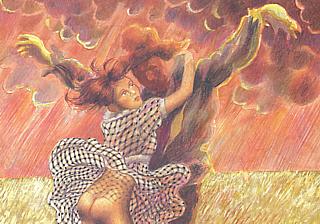 Eight months after I moved the site over to TypePad, there's one feature I'm especially loving: the site logs. The best I could manage at the old place was information about how people made it to the front page: but here at TypePad, I get a log for the last 24 hours showing every page on the site that people have read, and the link they followed in order to get there. It's always educational to find out what people are searching for on Google to reach particular pages here: over the past few months, I've had a fair few hits from search strings like punchdrunk+faust+wapping, dave+chappelle+racial+pixies, and (hitting a peak the week after he won the Oscar) is+forest+whitaker+a+scientologist. People searched for information, I supplied it to them: everyone's happy.

But, of course, it's even more educational when people reach the site by mistake. As I've already reported on the page itself, the lead graphic from the review of the Philly art show Boobies gets three or four hits every day from people doing a Google image search on, er, boobies. Similarly, though I admit it was a deliberately provocative thing to mention, I'm still unnerved by the number of people who enter the Mission Statement page off the back of a search for debbie+mcgee+dog+pictures. Worst of all, there are searches that I don't even understand: I can take a wild guess as to why people would be searching on spank+wire, but I'd rather remain ignorant of the details if it's all the same to you.

Let's find out, shall we?

In the summer of 2006, writer Alan Moore and artist Melinda Gebbie published Lost Girls: a 240 page graphic novel, set in Austria in 1914. It follows three women whose lives converge at the Hotel Himmelgarten. There's Lady Alice Fairchild, hiding out in Austria where her Sapphic tendencies won't outrage her family or polite society, There's Dorothy Gale, the Kansas farmgirl who strikes up a relationship with a handsome soldier, Captain Rolf Bauer. And there's Wendy Potter, on holiday with her husband Harry (a glorious red herring of a name if ever there was one), watching their marriage slowly fall apart. During long, languid afternoons in the hotel, as the world outside teeters on the brink of catastrophe, the three women meet to discuss the curiously familiar stories of their childhoods.

And then, as Richard Herring used to say, they lezz up. 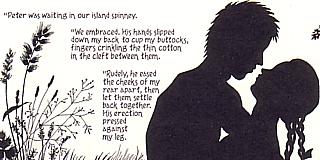 Lost Girls has been a long, long time in the making: sixteen years, to be precise, at the end of which Moore and Gebbie felt sufficiently well-acquainted enough with each other to announce their engagement. It's taken three attempts to get the book published - initially in the doomed anthology comic Taboo, then in equally doomed serialised form, and finally as this collected edition published in the US by Top Shelf. At the time of writing, the American edition is the only one available, and you may have difficulty importing it into your country - particularly if your country is the UK. Because, in case you haven't worked it out by now, Lost Girls covers the sexual adventures of three grownup heroines of classic children's fiction: Alice from Alice In Wonderland, Dorothy from The Wizard Of Oz, and Wendy from Peter Pan. (Wendy's presence is the real stumbling block to a British edition, owing to the iron grip Great Ormond Street Hospital has over the copyright on the Peter Pan characters until the end of 2007.)

Moore's played similar games with turn-of-the-century fictional characters in The League Of Extraordinary Gentlemen, of course. But rather than using the characters for fun and games along the lines of 'who would win in a fight between The Invisible Man and Mr Hyde' (read LOEG Volume 2 for the somewhat disturbing answer to that one), Moore is interested in the fantasy lives of his three female protagonists. In their childhood, each one went through her own fantastical adventure: in Lost Girls, they look back on those adventures with the benefit of hindsight, and we see the familiar stories as analogues for sexual awakening. So, Alice gains entry to a Wonderland with virtually no men in it: Dorothy gets to know the farmhands intimately, along with what each of them is lacking: and Wendy discovers a whole new side to life with a homeless boy called Peter.

As the women explore these stories, the Hotel Himmelgarten is turning into a full-on bawdy house all around them. The owner Monsieur Rougeur leaves copies of his own illustrated dirty book where other hotels would have the Gideon Bible, allowing Gebbie to go wild with elaborate pastiches of Aubrey Beardsley and other erotic artists of the period. Rougeur becomes the mouthpiece for the other main theme of the novel, which is the role of pornography in art, and its right to be treated as a style of fiction as valid as any other. "Fiction and fact... only madmen and magistrates cannot discriminate between them... pornographies are the enchanted parklands where the most secret and vulnerable of our many selves can play."

Which is all well and good, but can you wank to it? 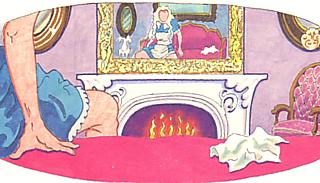 Secondly, there's the problem that all long-form pornographic narratives have to contend with - the need to make each of those climaxes bigger and better than the last. Lost Girls' continual raising of the stakes starts well, and probably reaches its most satisfying level early in the second volume. Harold Potter's grumpy letter to the office is counterpointed with images of the debauchery he's failing to notice happening all around him, in a cascade of fabulous double entendres. (The illustration accompanying his concern over the buildup to war - 'they could blow up in our face at any moment' - is particularly cherishable.)

But the nature of the genre means that the sex scenes have to get larger and more transgressive after this, and there are about 150 pages still to go. By the end, the book reads like a badly mastered CD sounds: everything's playing at such high volume, it becomes one solid peak of continuous clipped noise, with no room for light and shade. It's possible that this may be what Moore was aiming for, but he doesn't appear to comment on the deadening effect that all this activity is having on the reader, and I think that's a mistake.

So for me, Lost Girls fails as a work of erotic art: and if there was a less gifted duo creating it, then that would mean it fails completely. But it doesn't. Because if you take on board its secondary premise - that writing a story about sex should be no different from writing a story about any other aspect of life - then this is a story told by a pair of masters of the craft. Moore's devotion to stylistic tricks may stop this working on a sensual level, but there are sections in here where his technique is as dazzling as it's ever been: the opening section told entirely from the point of view of Alice's looking glass, the two chapters showing the same events from two interlocking perspectives, the endless throwaway references to the original books given a darker subtext. And as you can see from the three examples I've included on this page, Gebbie's visual imagination is more than a match for Moore's literary one. She has to deal with a dozen or more contrasting art styles - the distinctive look for each girl's tale, plus all the parodies in Rougeur's White Book, plus others as the story calls for it - and they're all beautifully rendered, justifying the lavish presentation of the complete package.

I don't think it works on a practical level as a dirty book, but Lost Girls is still an extraordinary piece of art both intellectually and visually. It may take you some effort to track down - some American retailers are refusing to ship the book overseas, and it took Amazon two separate attempts to get it to me. But it's well worth the effort. Nevertheless, if you're the sort of person who tends to shy away from erotic extremes, be warned that this probably isn't for you. I've been fairly coy in my selection of images from the book here, and have steadfastly refused to show you any of the throbbing penises, moist vaginas and flying semen that copiously cover most of the pages. And I refuse to comment on your suspicions that that previous sentence is only there to see what impact it has on my site logs. Being a monkey, and all.

4.42am this morning: first recorded instance of someone reaching this page via a Google search for 'throbbing penises'.