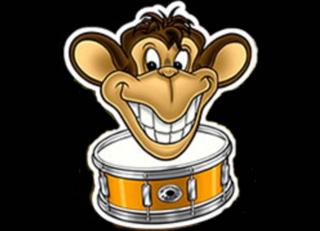 Meanwhile, your Simian Substitute Site for July 2007 is Beta Monkey Music. Nothing to do with Rob Manuel's band of sickos: in fact, the name conceals a rather neat pun. If you're in a band, and you don't want one of those big sweaty drummers stinking up the place, usually the only solution available to you is a drum machine: but they sound synthetic and soulless, and don't really work for anything other than straight dance music. Beta Monkey Music will sell you drum loops played by actual drummers, as collections of zipped audio files. You can feed them into the audio software of your choice, and presto! The feel of a live drummer, without the associated detox clinic bills. The site contains numerous free samples of the various types of loops they sell.

So having alienated all the drummers who read this blog (sorry Dave), do any of the rest of you have anything to say? The floor is open, and by 'floor' I actually mean 'small comments box below'.