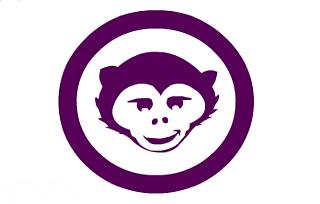 As you can imagine, things are a little busy here at the moment. We're just one day away from the end of the London Film Festival, and hopefully this year's coverage has been to your liking. After two weeks of daily updates (with, unusually, a few days of proper paid work in the middle of them), I think I'm entitled to a short period of collapse. So things will probably be a little slow around here during November. Normal service will be resumed shortly.

(Having said that, there's one thing I've got in the pipeline: think of it as a late postscript to Europe By Train, scheduled for mid-November. You may want to take a guess at what that might involve.)

In the meantime, the Simian Substitute Site Of The Month for November 2007 is Happy Monkey Drinks. In a desperate attempt to maintain some sort of basic level of health, The Belated Birthday Girl and I tend to guzzle fruit smoothies on a regular basis. There's no denying that Innocent is our main brand of choice (when we're not actually making our own using their recipe book

), but we're prepared to accept that other fruit drink brands are available. And how could we resist a Happy Monkey? Particularly one who makes his drinks with lots of açaí berries, those superfoody things that are supposed to be really good for you. Anyway, the site shows you how they make their drinks and where you can buy them from.

And that's it, really. I've got another film starting in two hours, so this'll have to be a short one. Comments welcomed below, as ever.