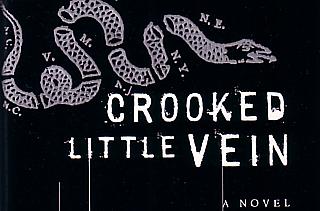 It's getting close to a very important date: July 14th, 2008, when the Spank The Monkey new media empire will have been in operation for exactly ten years. This is a birthday that needs to be celebrated: and as you'll see in a few days' time, those celebrations last for the whole of July. So technically, this is the last piece you're going to get before the birthday blowout.

What to write about? Well, there are patterns to be followed here. The first review I ever published on the old site, back on July 14th 1998, was of the comic book Transmetropolitan, Warren Ellis and Darick Robertson's epic tale of Spider Jerusalem, The Hunter S. Thompson Of The Future. On the site's fifth birthday, I reviewed another of Ellis' works: Global Frequency, a series of adventure comics that worked like a TV series.

So it would make sense to hit the runway for our tenth birthday celebrations with another piece of work by Warren Ellis. His comics output continues unabated, with a huge number of series in progress at the time of writing: Doktor Sleepless, Black Summer, Fell, Anna Mercury, Gravel, plus Astonishing X-Men: Second Stage due any day now and FreakAngels turning up free and weekly on the intarwub. But I'm going to go back to a work of his that was first published last year, which goes into paperback in a month's time. And it's the first book of Ellis' without any pictures in it. 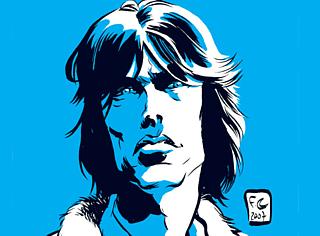 My tastes in sequential art were formed during that whole Comics Aren't Just For Kids Anymore boom of the mid-eighties: regrettably, they've stayed more or less static ever since. Virtually every comic book I've bought in the last twenty years has been from the same small pool of creators from the glory days of DC's mature readers imprint, Vertigo - your Moores, Morrisons, Ennises, Ellises and Gaimans. (Gaimen?) There are new comics writers and artists out there, of course, but I've just never got around to following them with the same degree of interest, as the comics archive on this very site proves.

The last time I complained about this (nearly two years ago), I was at least able to say that I'd picked up on the work of some new comics creators. Specifically, Kieron Gillen and Jamie McKelvie's Britpop grimoire Phonogram, which I discovered though the patronage of Warren Ellis (yeah, him again). The same applies to a comics series that's just completed its second book-length volume - Casanova, written by Matt Fraction and drawn by twin brother artists Gabriel Bá and Fábio Moon. It's going to be a challenge writing about Casanova without describing it as being like something-or-other 'on acid'. But I'll try. 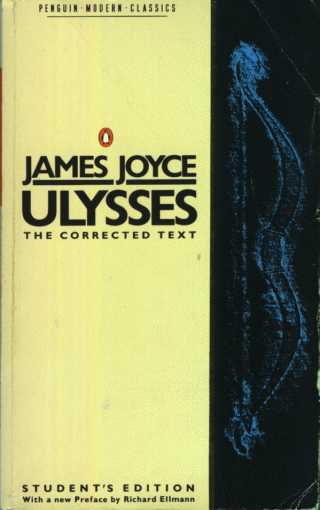 Originally posted on The Unpleasant Lair Of Spank The Monkey 16/08/1998.

I bought that book over there twenty years ago today. Happy Bloomsday. 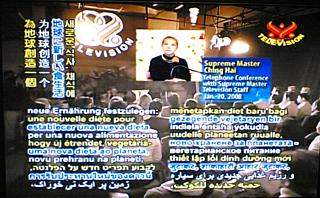 Cult television's a hard thing to create. Nobody can really predict what will suddenly click with an audience, because it usually happens for unexpected and unplanned reasons. Who could have imagined that when cable and satellite TV really took off in the UK in the nineties, we'd end up with an entire generation of stoned clubbers giggling at the extended sales pitches on QVC, or staring goggle-eyed at the colour schemes in Teletubbies? (On that topic, I'd like to propose that the equivalent on British TV today is A Dreamy Journey, showing nightly on BabyFirst [Sky channel 624] between 7pm and midnight. It's the trippiest damn thing you can imagine.)

The point is, cult television just happens, it can't be manufactured. But a channel dedicated entirely to the life and works of someone calling herself Supreme Master? Yeah, I think we can safely call that a cult.

Mongol is currently playing in cinemas across the UK and the rest of the world. 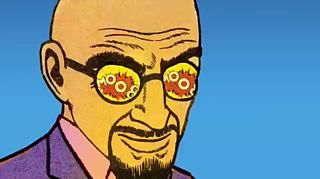 The British Animation Awards, as I may have mentioned previously, are a biennial affair. I first wrote about them here in 2006, when I looked at the sixty or so short films up for the audience vote in the Public Choice award. Happily, the public and I agreed on the winner, which was Rabbit by Run Wrake. It was made up entirely from what looked like images from old Ladybird books, where every single visual element had its name in easy-to-read type next to it. Combine that with the authentically Grimm nature of its fairytale story, and you had something that audiences recognised as being pretty much unique.

Wrake has returned to collage territory with his latest short, The Control Master. The next British Animation Awards won't be till 2010, but they may as well just give him the damn thing now. 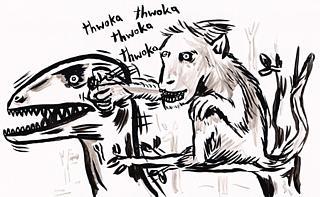 This site's plans for June 2008 are pretty much locked down now, and here's a brief summary of them. That mysterious cult TV review I've been promising for the last couple of months should finally happen, now that I've abused The Belated Birthday Girl's hospitality and equipment to burn off a six-hour DVD for research purposes. You should also get a delightful short animated film: a splendid comic book series: and two book reviews, one old, one new.

This site's plans for July 2008 are also pretty much locked down now, and here's a brief summary of them: batshit insane. More details in 30 days, of course.