Home Archives/Categories About Me RSS Feed Mailing List Email
The Collected Letters Of Spank The Monkey, 1998-2006
Rising Monkey 2008/1: Not The BBG In Japan 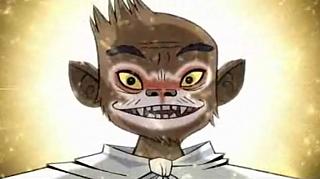 Aaaaaaaaand we're back. Hope you had a good July, and that the reposts from the old place were sufficiently entertaining for you. Tough titty if they weren't, obviously, but at least it's over now.

So we come to August, and the usual formula applies: add one to the year, divide by three, and if the result isn't a whole number then we must be off to Edinburgh again. Once again, a dozen or so of Spank's Pals will be spending a week at the greatest arts festival in the chuffing world, and will battle through their hangovers in order to bring you daily reports. Look out for them later on this month.

But that's not all! Before that, you've got some new travel writing to come as well. Because just before the July hiatus, I spent two weeks in Japan with The Belated Birthday Girl, at the tail end of her language course. We visited several towns on the northern island of Hokkaido, and you'll be hearing about that this month as well. So, plenty of new material for you.

In the meantime, your Simian Substitute Site for August 2008 could have been the official site for Space Chimps, which opens in cinemas across the UK today. But I've heard it's crap, so I won't be doing that. Instead, I'm taking the more obvious option of celebrating the BBC's Olympics coverage, starting on the auspicious date of 08/08/08. As UK TV viewers may already be aware, the Beeb's mascot for the Beijing 2008 Games will be Monkey himself, as depicted by artist Jamie Hewlett and musician Damon Albarn. Their intro film inevitably draws heavily from their previous collaboration on the opera Monkey: Journey To The West, which has just completed a short run in London. (The soundtrack album for the opera is released in the middle of the Olympics, but I'm sure that's just a coincidence...)

Anyway, BBC branding being what it is these days, their Monkey has a fairly hefty web presence for you to explore. Aside from the film, you've got downloadable masks of Monkey, Pigsy and Sandy for the kids: a quiz for fans of the original story: shedloads of mobile phone video and wallpapers: and a Desktop Monkey application that will keep you up-to-date with the latest results, rather like the Mini Motty they used for Euro 2004. The only thing you really need to avoid is the page where they ask for viewer responses, which is inevitably full of twats who want to know why we can't just have a montage of successful British athletes for the Olympics opening credits. (Possible answer: because they need to fill a two minute slot?)

Yes, I know I published eight years worth of emails yesterday, but these days we do it through comment boxes. So go for it!