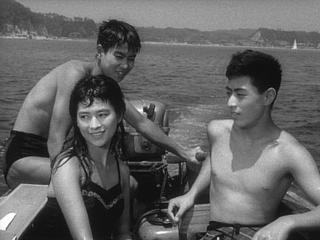 In the dying moments of 2008, there's just enough time for this site to offer its third tip o' the hat to Matt Palmer, the curator of the Wild Japan seasons of movies from outside the standard arthouse canon. Mind you, that's not strictly the case with Wild Japan: Sex In Japanese Cinema Of The 60s And 70s, which has just finished a month-long residency at London's BFI Southbank. As the subtitle implies, we're wallowing in the murkier end of the genre pool here: and if we're frank about it, sexual content has never stopped a foreign film from becoming a mainstream arthouse hit. Quite the opposite, in fact.

While the first Wild Japan was Matt Palmer's personal selection of exploitation and genre classics, the second season took its inspiration from Outlaw Masters Of Japanese Film, Chris D's biographical study of some of the mavericks working within the Japanese studio system. The third season is also based around a book: in this case, it's Behind The Pink Curtain, Jasper Sharp's copiously illustrated history of the Japanese sex film. Sharp takes in both the lowbrow and highbrow ends of the market, and the dozen or so films in this season attempt a similar spread.

...And May All Your Christmases Be Red

Season's Greetings from Spank The Monkey and The Belated Birthday Girl. (Song courtesy of rathergood.com.)

Seagalogy: A Study Of The Ass-Kicking Films Of Steven Seagal 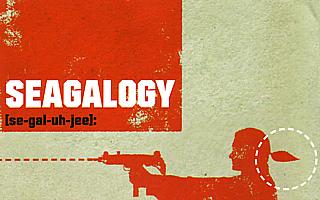 Just how bad is The Onion Movie? I haven't seen it myself, but the warning signs aren't promising. For a start, it's a film based around the rock-solid brand of The Onion, the best-loved comedy site on the internet: and yet you probably haven't heard of it. That can't be good. Nor can the fact that it's been sitting on the shelf since 2003 before quietly creeping out on video this year. In the UK, they've even changed the title to News Movie, because they genuinely believe that it's a good marketing strategy to fool people into thinking that it's one of those piles of shit from two of the six writers of Scary Movie.

Up until recently, I would have added one further proof of The Onion Movie's cast-iron crapness: Steven Seagal is, apparently, the best thing in it. In a short movie trailer spoof he plays a parodic version of his usual stock character, a man who brings justice to the world through his mastery of a little-known martial art. (It's a trailer for a film called Cockpuncher, by the way.)

Yeah, Steven Seagal. Let's all laugh at the tubby has-been action star, but do it somewhere anonymously on the internet so he can't track us down and break our wrists. I used to think like that, once. But Vern - the author of Seagalogy: A Study Of The Ass-Kicking Films Of Steven Seagal - has persuaded me that things may be a little more complicated than that.

Continue reading "Seagalogy: A Study Of The Ass-Kicking Films Of Steven Seagal" » 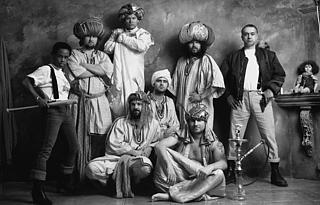 Lordy, it's December already. Maybe this'll be the year when I finally come good on my regular threat to redo the site banner with seasonal snow on the tops of all the letters. Let me have a think about it and get back to you.

As it's year end, plans for the usual celebrations are well under way: though as ever, it's a toss-up as to whether you'll get to see the results of them here this month, or will have to wait till January. Either way, expect another one of our Pick Of The Year CDs, and a report on the annual VidBinge. There may also be an update to the Travel section, but I'm not at liberty to discuss that as yet.