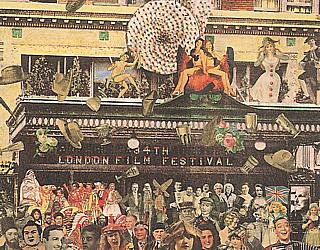 I'll have to try and be tasteful about this. By now, you've read the introduction to the Spank Gold series, and seen how in 1989 I put in motion several schemes to make myself more socially active. You've probably jumped to certain conclusions based on the evidence, and yes, you'd be right: I wasn't getting any at the time, since you ask.

And then, suddenly, in the autumn of 1990, I was. I'd like to be able to say that my diary fizzled out from that point into an unreadable scrawl, but that wouldn't be true. It would, however, be true to say that I'd abandoned the diary by December of that year, because I had better things to do.

But here's the thing: I had so many better things to do, that it ate into the number of films I saw that year. The article below tells the story: a mere 22 events, roughly half the quantity that I catch most years. I can tell you're shocked. Anyhoo, I was still keeping the diary back in November, so let's see what I had to say about this lot. 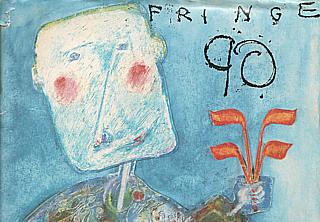 "Aye, I saw a couple of those Festival shows once. Bloody rubbish! I won't go again." Actual old Scottish people heard on the Royal Mile in 1990, there.

My second visit to the Edinburgh Festival: notable for commencing just ten days after I'd moved into my flat, meaning I spent the whole time panicking that the place would be ransacked when I got back. After 1989's initial experiment, I was still up for a full fortnight of Festival action, but this time I decided to break it up a bit. So for the first week, I would be on my own in a B&B: then for the second week, I'd meet up with four of Spank's Pals and we'd move to self-catering accommodation out of town.

So how did it all work out? I was still keeping a diary back in the summer of 1990, so the recollections here are pretty much how I felt about things at the time. Make the most of it, because after this year the reviews will all be memory and guesswork... 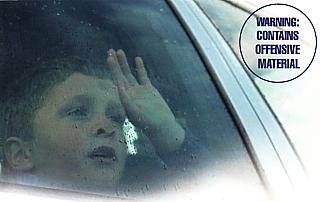 Anyway, you'll be pleased to hear that they were both minor fractures: I came out of the sling today, and I'm currently just sitting at home feeling a little bit sorry for myself. And while I'm in this situation, I can finally see the point of those miserable confessional memoirs that the bookshops are full of. You may have ugly bruises and achy forearms, but at least you can take comfort in knowing you're not being serially raped by all the members of your family. All I need to do is find a book whose opening paragraph makes me feel better about myself, and I'll be on the road to full recovery in no time.

I was born, by breech birth, in a run-down shack, after having been choked on the umbilical cord for half an hour, and was promptly dropped on the floor by the doctor, and when he went to pick me up inadvertently kicked across the room. It was to set the tone for the rest of my life.

Yeah, this could work. 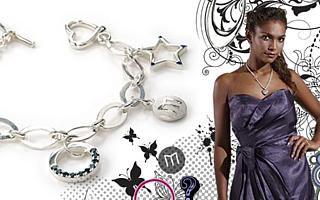 The thing is, I tend to plan Januaries really badly. Back at the beginning of last month, I was promising the usual end-of-year roundups of VidBinge and the Pick Of The Year CD: plus the opening articles of the year-long Spank Gold project: plus a writeup of what we did in Prague over Christmas. Looking back, that was probably a tad overambitious. As it was, I ended up with three of those articles - three fairly big ones at that - spurting out onto the interweb over a five-day period. Sorry about that.

Plus, as you can tell from the links above, the Prague piece hasn't quite happened yet. Expect that some time during February, hopefully (which, now I think about it, tends to be when most of the Christmas travel pieces end up being published anyway). Additionally, Spank Gold will cover the post-Communist euphoria of 1990, and there may be some other stuff as well. And don't forget there's still time to enter the competition to win the 2008 Pick Of The Year CD, as the closing date isn't until the end of February. (Of course, given the rules, it may have been won already, but I'm buggered if I'm going to tell you that.)