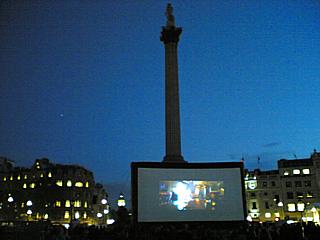 The 2009 London Film Festival is over, and by now everyone's done their post-match analysis and moved on. Except for us, of course. So here are Suze, The BBG and yours truly with our summary of the highlights and lowlights. Enjoy. 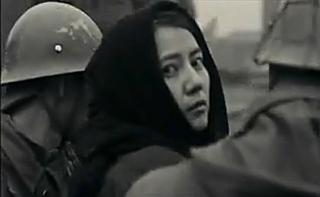 Top 5:
- City of Life and Death
- A Prophet
- A Serious Man
- Air Doll
- Lebanon
Also ran: At The End Of Daybreak, Chloe, Mother

Bottom 5:
- The Limits Of Control
- As God Commands
- Woman Without Piano
- Men On The Bridge
- Visitors

In total, 35 features and 3 shorts programs. One disappointment was that – apart from the Wallace and Gromit’s 20th Anniversary event (which we couldn’t fit in) – none of the screen talks and masterclasses appealed this year, for the first time since I’ve been attending. And the arrangements with the split screenings at the Vue possibly reduced the number of Q&As, and seeing the filmmakers is for me one of the best things about seeing a film at the festival. But that aside, it was a pretty good LFF for me.

I saw no films I actually thought were bad (even The Limits of Control was just a bit boring, but not awful), and although for the first week or so nothing I saw really blew me away, the rest of the festival provided several stunners. My Top 3 are almost inseparable in order, and probably if I did the list another day, the order could be different. I think it’s now become clear to me that if a Kore-Eda film is shown, it’s almost a given that it will be in my Top 5, and although Air Doll wasn’t as clearly great as last year’s Still Walking, it was an early holder of my top spot (briefly held, in fact, by the - to my mind - over-criticised Chloe, which I’d seen earlier the same day).

My introduction of a new list other than Best and Worst reflects that there were a lot of very enjoyable films in the festival this year. I’d also highly recommend, in different ways, pretty much all of the documentaries I saw, and give a special mention to No-one Knows About Persian Cats, and to the interesting Brightwide project which Colin Firth has set up. I was also pleased to have called out the Surprise Film correctly, although I wish I’d shouted louder. And I was most glad of the opportunity to see A Prophet in the festival, so that’s a thumbs up from me for the new Best Film award, and the excellent idea of the extra screening for the winner.

We’ll have to wait and see whether anything changes about how they use the Vue next year (assuming they do again), but let’s also hope everything stays on track for the new venue for 2015. 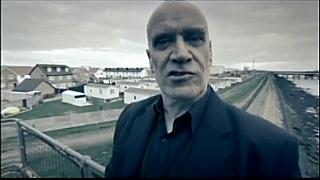 Well not a lot to add from this quarter, seeing as I only took in four films.

Enter The Void possibly had a film in there somewhere, minus about one hour and with a completely different ending. Journey To The Moon was a small project and therefore should be judged on that level. As for the two documentaries about Bill Hicks and Dr Feelgood, they slightly suffered in so much as the subjects did not leave a massive body of work for the directors to pick over. Of the two, American: The Bill Hicks Story should now be shown in its logical format - television. However Oil City Confidential worked well for me on the big screen given the power of the music, and the film's visual sense of place (Canvey Island). It was however slightly lacking in period context.

So anyway (just as I said last year) I hope to see more next year. One bonus for me was that three of my films were at the NFT, which feels more like a festival venue to me than anything at the West End. Also thanks again to Spank, BBG, Jon etc., who conjured up the tickets for me. Next year then!

After two weeks of more or less living in the Vue West End and other cinemas, what did I do on the first day after LFF 2009? You guessed it: I was back at the Vue again, this time to catch the reissue of An American Werewolf In London. As has now become traditional at Vues, you have to buy your tickets from the kids that sell you nachos at the concession stand. And the guy who sold me my Werewolf tickets was pleased to inform me that this screening would only cost a fiver, "because it's a very old film." 1981 as seen by young people, there.

So, how did the Vue cope with being the West End base for the last LFF to be sponsored by The Times? Well, it kinda worked, but there's a lot of room for improvement. A large number of problems sprang from the Vue trying to run a film festival and a set of commercial screenings at the same time. When the Odeon West End was entirely dedicated to the LFF, it gave the Festival a central London base and something approaching a sense of community. It also had screens big enough to allow for post-Gala Q&A sessions, which were sorely missed this year. Maybe once the new BFI five-screener opens in 2015, they could have most of the screenings there, and block-book the Odeon Leicester Square for two solid weeks of red-carpet Gala action. But for now, the solution they’ve got in place is a messy compromise.

The whole business with the Odeon West End has developed in an interesting fashion. The Odeon is still going, and showing no signs of closing down. Meanwhile, the block it’s part of – ultimately marked for demolition and rebuilding as another luxury hotel – has acquired not one, but two sets of arty squatters. The Hand & Racquet pub (former base camp for Spank’s Pals during the LFF) currently has a delightfully formal statement of squatters’ rights fixed to its front door, and even appears to be showing films once in a while as Video Basement. Meanwhile, the flats next door to the Odeon have been taken over by artists collective The Oubliette (see picture), who made a formal statement of intent by hanging their banners out during the final week of the Festival. It’ll be interesting to see what state that corner of Leicester Square is in this time next year.

Anyway: the films. My top five (in decreasing order of merit) were as follows: A Serious Man, Mother, Lebanon, A Prophet and City Of Life And Death. The top two were interchangeable for a few days this week, but ultimately it’s the sheer balls-out bravado of Serious Man’s ending that swung it for me. (I’m rather disappointed that I’ll never get to see it for the first time again.) The bottom five (in decreasing order of crapness) are The Limits Of Control, As God Commands, Enter The Void, Visitors and Chloe. To be honest, only the first one was anything approaching bad: the others started well, but fell apart as they progressed. Besides, the LFF screening of Enter The Void was responsible for the best story I overheard at this year’s Festival. According to the guy sat behind us at Burning Down The House, Gaspar Noe’s girlfriend was filming bits of Void directly off the screen to get some viral publicity for the movie going on YouTube. (If that’s true, she hasn’t got around to posting it up yet.)

The usual concluding thanks are in order. Ta to Sandra Hebron and the crew for another excellent Festival: to The Belated Birthday Girl and Jon for ticket purchasing assistance: to The BBG, Suze, Old Lag, Grizelda, Seapea and Kate for their review contributions: to Ha-le, Judi, Des, Nina and Caroline for joining us in the front stalls: to FilmFan, Das Boot, Max Fischer and the other FUers we bumped into along the way: and to you for reading all of this nonsense. Who knows, maybe this time next year I’ll be reporting on how the London Film Festival is now sponsored by The Oubliette and taking place in a disused West End office building. I’d be up for that. Being a monkey, and all.