Home Archives/Categories About Me RSS Feed Mailing List Email
Spank Gold Volume 1: Monkey Round The World
Every Day Is F***ing Perfect: Pick Of The Year 2009 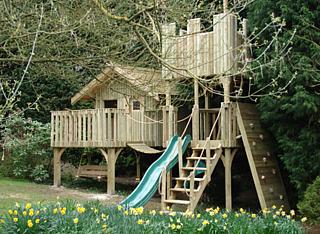 Happy New Year, everyone. Sadly, Warren Ellis has already beaten me to it in terms of the best possible message for the first day of 2010. (Mind you, by now I'm used to doing things long after he does. Did I mention that I have a book out?)

Typically, these January 1st posts are written in some sort of hungover fugue state, but not this year. New Year's Eve was pretty quiet: our usual selection of North London comedy clubs didn't seem to want to bother this year, so we stayed in and made a nice risotto instead. However, you'll be pleased to hear that once again we got to spend Christmas in one of the most happening cities in Europe, so you'll be getting the details of that some time in January.

Also coming this month: the usual fashionably late roundup of the year just gone in music (via my Pick Of The Year CD) and film (via a report on the VidBinge 2009 event). And maybe those pictures and videos from China, too. If I get them done before the end of January, it'll only be a six month delay...

In the meantime, your Simian Substitute Site for January 2010 is Cheeky Monkey Treehouses. There's almost a story behind the discovery of this one. You may have noticed that the site went through a quiet period of nearly three weeks last month, between Mister Shifter and POTY 1997. In fact, behind the scenes there was a hell of a lot going on. The end-of-year stuff took up a fair bit of my time, what with organising VidBinge and compiling the CD: and the last-minute organisation of our Christmas holiday added to the load. But on top of all of that, I had a couple of short foreign work assignments that saw me visit Israel and Portugal for the very first time.

I flew to Israel on El Al, and despite the horror stories I'd heard from the travel books the service was just fine. There was an interesting selection of movies available, although I will say this: you can never appreciate just how anti-Semitic Borat is until you watch it on an El Al flight with a small Jewish boy sitting next to you. Anyway, when I buried my head in the in-flight magazine after that minor faux pas, I found an advert for Cheeky Monkey Treehouses in there. I'm not sure why a Horsham manufacturer of treehouses is choosing to advertise with Israel's national airline, but now you know about them too, so I guess that means the advert worked.

So, Happy New Year again. Now how about some comments? But no more from spam robots, please, unless they're as hysterically generic as this one.

Have you noticed Rollyo is totally unavailable for maintainance? Wanted to search your site to see if you have done a review of Lenny Henry in Othello on stage in the West End. Am sure you went to see it which I did not but hope to listen to the Radio 4 version this Saturday so am curious about the stage production. Believe the production got quite good reviews.

Yep, saw Lenny's Othello, and it was pretty good. I'd be curious to hear what it sounds like on the wireless: The Belated Birthday Girl listened to the radio adaptation of the Ewan McGregor/Chiwetel Ejiofor production a couple of years ago, and insists the language and plotting don't really hold up without visuals. Are they *really* planning to mash the play down to 60 minutes?

Another iPlayer link for anyone who wants to listen to it between February 27th and March 6th: http://www.bbc.co.uk/programmes/b00qynvv