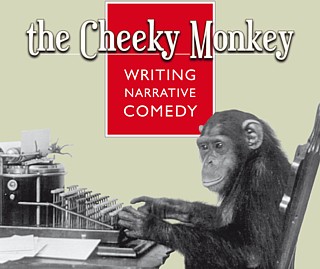 Art: A few weeks ago, I visited the British Library for the first time ever, which is a shocking confession for a literate bloke who's lived in London for over a quarter of a century. To be honest, it wasn't an entirely successful visit. I'd gone there specifically to pick up an Edinburgh Fringe programme, but didn't find out until I got to reception that they were only handing them out to Library card holders. (They've subsequently removed the Library from the list of programme stockists.) While I was wandering around the building looking for a book I could angrily deface, I came across their free exhibition Magnificent Maps (running until September 19th), and it calmed me right down again. It's a glorious celebration of the craft of mapmaking in all its forms: whether it's intended to simply document the known layout of the planet, or force a particular view of it onto people. Londoners should make a beeline for Stephen Walter's insanely detailed depiction of the metropolis, and be prepared to spend at least an hour just scouring that one map for comic detail.

Internet: Three site recommendations for those of you following the World Cup. For live coverage, UK surfers should head to the BBC World Cup site, which provides everything from text commentary to the world-beating combination of BBC TV pictures and Radio Five Live audio. For entertaining post-match analysis, the men to beat are still David Baddiel and Frank Skinner, who are recording regular World Cup Podcasts for Absolute Radio. And finally, visit Lego Fussball for the best-looking highlights packages of this World Cup (or any other one).

Music: Frank Sidebottom is dead, and that's bobbins. His creator Chris Sievey was a much-loved presence on the Manchester music scene in the early 1980s: first with his band The Freshies, playing ace pop tunes with overlong titles, and then as a solo artist. (I still have his 1983 single Camouflage, the first record to include a copy of its own video, in the shape of a 16kb graphics program for the Sinclair ZX81.) But it wasn't until Sievey put on the giant head of Timperley wannabe pop star Frank Sidebottom that he captured hearts nationwide. I've been listening to his music for the first time in ages (via the two compilation albums ABC & D

), and it's surprising just how much nostalgia these daft little songs can conjure up. You know it is. It really is. Thank you.

In the meantime, your Simian Substitute Site for July 2010 is The Cheeky Monkey. I'm assuming that by now, you've bought a copy of my book Spank's Edinburgh Diaries Volume One: 1989-1999, and read it from cover to cover [stares hard out of screen]. When I was editing the book, it surprised me just how many times I saw Australian comedy trio The Doug Anthony Allstars in the early nineties, both in Edinburgh and on the London comedy circuit. They quietly disappeared in the middle of that decade, and I assumed that the three guys had just gone on to do other things. (Paul McDermott, in particular, has had a reasonable solo career back home, and we caught him at the Melbourne Comedy Festival in 2003.)

A couple of weeks ago, DAAS member Tim Ferguson gave an interview to The Weekly Review in which he revealed the real reason for the band's split: in 1995, he was diagnosed with multiple sclerosis. There was no way he could carry on with the hyperactive performance style he'd developed, so they took the decision to go their separate ways. Ferguson has stayed involved in showbusiness ever since, but in more off-stage roles: the most prominent of these is as a lecturer on comedy and screenwriting at RMIT University in Melbourne.

Ferguson's new book The Cheeky Monkey: Writing Narrative Comedy has just been published for those of you who can't make it to his lectures. Its publishers Currency Press have assembled a small but perfectly formed Cheeky Monkey microsite to help promote it. The site includes a short PDF extract, and a fun video in which Ferguson's former comedy colleagues queue up to slag him off. Plus, of course, the opportunity to buy the book online if your curiosity has been aroused.

Comments? Questions? Birthday wishes? (This site will have been going for twelve years on July 14th, if anyone's counting.)