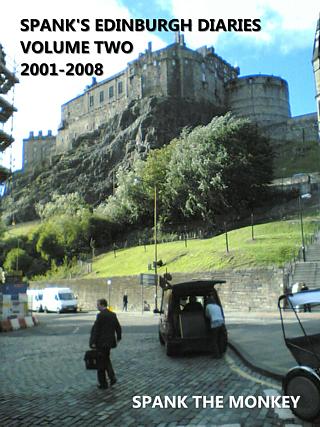 Well, that's a coincidence, isn't it? The 2010 Edinburgh Festival has just started, and here I am with a new book of reviews covering my Festival visits throughout the Noughties. You'd almost think I planned it that way, or something.

It may not be immediately obvious from the title, but this book covers all of my Edinburgh visits during the 21st century to date. (I found other things to do in 2000, 2003, 2006 and 2009.) To quote from the blurb (full text can be found on the back page of the preview): "We saw shows held in venues as huge as the Edinburgh International Conference Centre, and as small as the screen of a mobile phone. We watched films that lasted mere minutes, and a comedy show that lasted an entire day. And we saw Mervyn Stutter seven bloody times. You can read about it all in this very book."