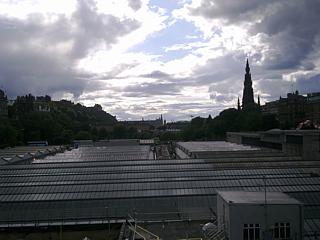 To wrap up our coverage of Edinburgh Festival 2010, here's the first of two pages where Spank's Pals take a look back at their favourite bits. (The second page is here.) 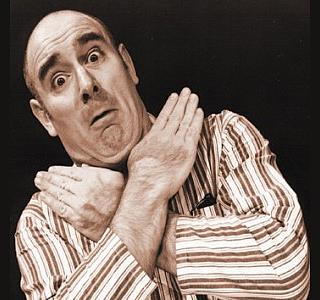 I think I might be in danger of repeating myself from another year, but the roller coaster ride analogy that I gave then was much in evidence this year. You’re not entirely sure if you’re enjoying the whole experience, as the dips can be uncomfortably low and the crests dizzyingly high. But as I sat down in Barioja with one of the Muses at the end of another Edinburgh week, we exchanged those knowing smiles of having had another fantastic week. It has to be said the week didn’t get off to a great start, I chose the first night show for me and the Muses which totally bombed (see Spank's diary entry for the first Sat). The Muses teased me all week by slightly altering the name of the act and never repeating the same name twice (a bit like Just A Minute on R4), so in a strange sort of way Squishy and Squarey kept us entertained all week.

Our favourite monkey may only be lukewarm towards Mervyn Stutter’s performance at the start of his Pick of the Fringe show, but it has become an indispensible guide to those that lack the imagination or gumption to choose the shows they want to see. I found myself attending a record 3 times, and of the 21 acts I saw I only booked for Pip Utton's Charles Dickens, which came in at no. 3 on my personal best of the fest list. So you think ageing rock stars were the first ones to come up with the idea of money making tours playing their back catalogue? Not so, Dickens was doing the same, reading from his back catalogue in the last 15 years years of his life, even playing very respectable 5,000-7,000 seater venues all over the United States.

No. 2 on my best of the fest goes to the wonderkid Bo Burnham, 20 years old and a truly amazing talent. Any youngster that can segue from rap into a Shakespeare sonnet, play the piano and guitar like an angel and then throw in some Japanese haiku verse, and yes make this all funny, is to put it mildly a little more high concept than most of the comedians on the fringe. So what could have beaten that show to the no. 1 spot? Take a bow our fave monkey, who had tipped us off to book Guy Masterson’s Under Milk Wood, a tour de force of a perf. How anyone can make 60 characters come to life in a one man show was a truly amazing achievement, they should do more of these blast from the past sort of shows (it won awards 18 years ago). The monkey said it all here.

And finally my restaurant of the week was an old favourite The Mussel Inn, beer of the week goes to the Cruzcampo lager served in Barioja, my thanks to the Muses for their breakfast supplies from Tebay motorway services, and of course the biggest thanks of all to our fave monkey. 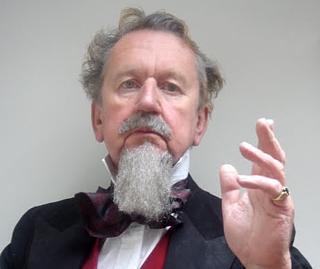 I know I’m a seasoned Edinburgh Fringe veteran, but was amazed to realise I have been up there 15 out of the last 17 years – I won’t begin to calculate how many shows I have seen in total in that time, but let’s say it’s been a varied and interesting selection, and during this time the Fringe programme has probably grown to about twice the size it was back in 1994. Back then, comedy covered a relatively small section of the programme, but now, with every stand-up comic wannabe cutting their teeth here on the way to (they hope!) fame and fortune, it now dominates the Fringe. Don’t get me wrong, I‘ve seen some brilliant stand-up acts here in my time, but I suppose I’m more of a fan of the theatrical experience.

And overall I felt the quality of what I saw this year was an improvement on last time and, with the exception of Saturday night (see below), was happy with the choices I made (and there were no clashing times this year!) My highlights had a rather literary note this year, as follows:

Guy Masterston’s brilliant rendition of Under Milk Wood. Like Spank, I also appeared in a school production (I’m sure the “naughty bits” were left out of mine, too!) Having been written as a radio play, I’ve found it does not always translate that well to the stage, but Guy Masterson brought out the full imagery and atmosphere of the script in mesmerising fashion and with amazing versatility in the numerous characters.

Pip Utton is Charles Dickens – as a member of The Dickens Society Bristol, for me this was one not to miss and, having seen Pip Utton’s powerful and very chilling portrayal of Adolf last year, I had “Great Expectations” for this (sorry – couldn’t resist it!). Taking as its theme Dickens participating in a reading tour, he gave an excellent portrayal and insight into the mind of the great author.

Simon Callow: Shakespeare the Man from Stratford – Simon Callow is a great actor to watch and he didn’t disappoint with this show. Here he traced the life of The Bard, in the theme of the Seven Ages of Man, and with imaginative cross-referencing to his plays he painted a real picture of the man and his world.

But back to Saturday night: having decided to give the comedy a miss and try something a bit different – and encouraged by some promising YouTube clips, particularly a take-off of Kate Bush - we decided to give Frisky and Mannish a go. However, from the minute they came on stage, the programme was awful, the best part being when they announced their final number – until they threw in an encore! The pity was, as performers they had a lot going for them: good stage presence and lots of energy. They just need a decent show! However, they did provide a bit of a running joke during the week with the Pals who saw them, in creating inventive new versions of their names!

And it’s farewell to La Clique’s late night spot at the Spiegeltent, as they’ve taken up residence in London. They set the standard for other burlesque acts, and Smoke and Mirrors, whilst it started promisingly, didn’t live up to it in the second half of their show.

Outside the shows, other highlights of another enjoyable week included a superb Dada and Surrealist exhibition at the Dean Gallery, and a lovely trip to Pitlochry. A number of really good meals were consumed (although Howie’s, normally a culinary highlight, proved a bit disappointing this year), and pints were imbibed at The Cloisters pub, although it’s getting more popular there and not so easy to find a seat nowadays.

Thanks once again to Spank for organising and for everyone for their part in making it another great week! 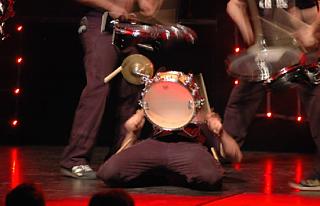 From The Shows Old Lag Can Actually Remember:

Mervyn Stutter’s Pick of the Fringe: Speed dating of fringe shows you are too knackered to see.

Honest Arts & Scamp Theatre, Stripped: Financial and practical tips on beginning a career as a lap dancer ending with tart with a heart.

Rhythm Drum & Dance: Big tacky German drum and dance show, a throw back to 70’s showbiz which should tour well in Biggleswade.

Gutted: A Revenger's Musical: Must represent the high (and low) tide of the comedy fashion and comedians believing they are polymaths. Good for 40 winks late at night.

Stand Comedy Late Show: Just can’t remember anything about it other than a few children jokes for the mid 30’s and I was running sober as well as late.

Michael Morpurgo, New Perspectives and Scamp Theatre, Farm Boy: Charming children’s show for adults. Young man not relating to father finds his life in his Grandfather and his farm.

David Ferrard: Intriguing transatlantic folk musician. Any more gentle than this and we would have floated off on the breeze.

John Bishop, Sunshine: Comedian for the average man slumped in front of the telly on a Saturday night somewhere. The height of my heckling career so far, but was totally defeated talking at an enormous PA system. I know my place, back at the portacabin.

Northern Stage & Company of Angels, Apples: Teenagers bringing themselves up. Can relate my youth to their behaviour but horrified by the sex and drugs in people so young.

National Theatre of Scotland & Edinburgh International Festival, Caledonia: A bit of fluff regarding a true historical mass economic delusion by the Scots. Very brave of them to flock to see themselves go up in flames.

Rachel Bridge, How to Make a Million Before Lunch: Financial journalist specializing in the reporting of entrepreneurs gives interesting advice on how to make a fortune. Oh dear, am sounding a bit dull.