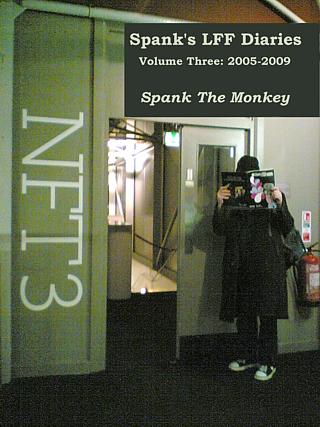 Meanwhile, remember how I attempted to cross-promote my most recent Edinburgh Festival book off the back of the actual Festival itself? Well, in a similar fashion, here comes my latest collection of London Film Festival reviews, taking them up to 2009 - and it's hitting the streets just a couple of days before the 2010 Festival starts. I'm sort of running out of things to put on the back cover at this stage (see preview for proof), so I've just grabbed a quote from each of the five years covered that I found particularly amusing. (I nearly used the Japanese masturbation gag for 2007, but wimped out at the last minute.)