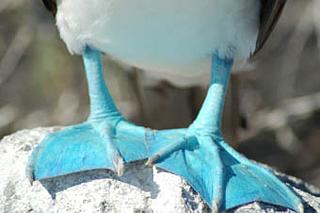 This is a long buildup to a comparatively short question, but bear with me here.

The Experimenta section of the LFF programme contains a varied selection of films: from programmes of hyper-edited shorts, to long-take features like Ruhr and Double Tide. And every so often, they'll throw in an event that will intrigue just by the nature of its existing in this programme. Last weekend, for example, there was Every Time I See Your Picture I Cry, a presentation by Daniel Barrow performed live using drawn images moved by hand on an overhead projector. Might have been good, might have been terrible: I was too busy watching 13 Assassins at the time to be able to say. But I like the idea that a film festival can have a broad enough brief to include material like this.

In a similar vein, we have David Gatten's Journal And Remarks, which from the programme entry sounded like a very curious affair. Gatten went over to the Galapagos Islands to retrace Charles Darwin's footsteps, and took his film camera with him. In this presentation, he would show the film he shot and talk about it. If its presence in the Experimenta section wasn't already ringing alarm bells, two small details towards the end of the programme note certainly would. Firstly, the running time is given as "15 min plus extended discussion": secondly, we're told that "the film is structured in accordance with Leonardo's proposal to divide the hour into 3000 equal measures."

I had no idea what that meant at all. But my curiosity was piqued: and this was a free event, held on the penultimate afternoon of the Festival when things traditionally start to wind down anyway. Plus, in a nicely site-specific touch, the presentation would be held in the Darwin Centre of the Natural History Museum, which would make a change from spending all my time at the BFI or the Vue. So I cleared my schedule, and headed down to Kensington for an experimental afternoon.

Here, therefore, is my question. What WANKER decided it would be a good idea to hold an LFF event in the Natural History Museum on a Wednesday afternoon IN THE MIDDLE OF HALF TERM?

My experience of David Gatten's Journal And Remarks therefore goes as follows. I arrive at the NHM around an hour before the performance starts, and there are literally a thousand or so people queueing in front of me. They're snaking along the courtyard of the museum and out into the street, and they're all lining up to have their bags searched by what looks like one or two security guards. Everyone who wants to enter the building has to pass through this bottleneck, and no provision's been made for, say, people who need to be inside by 2.30pm. By the time the event's started, I've been waiting for an hour to get in, and it looks very much it would be at least another hour before I'd get as far as the front door. I make my way back out the main gate, kicking small children out of the way as I go.

I know of no other museum in London - possibly no other venue, period - which has a door policy as cretinous as the one at the Natural History Museum. As a result of it, of all the events I've ever attended over twenty-two London Film Festivals, David Gatten's Journal And Remarks is the one that's made me feel the most hatred and contempt towards everyone involved in its making. And bear in mind, I was there the year that Johnny Mnemonic was the Surprise Film. 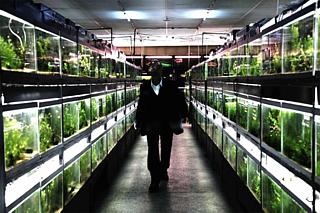 Cards on the table: Sion Sono's Love Exposure was the best damn film of 2009, and you probably never saw it. Before that, Sono was one of those Japanese directors who played around with DTV movie conventions, mainly those involving extreme violence and horror. A couple of years ago, the Festival showed EXTE - Hair Extensions, a wild romp about homicidal hair that's a good example of the sort of work we're talking about here. But Love Exposure was different: it had the gore and surrealism of Sono's earlier films, but married them to religious satire and a deeply affecting romance. It was almost like he'd grown up or something.

His new film is apparently based on a true story, and centres around Shamoto (Mitsuru Fukikoshi), the owner of a small tropical fish shop. Family life is a bit stressful for him at the moment, as daughter Mitsuko (Megumi Kagiwara) is resentful of her new stepmother Taeko (Megumi Kagurazaka). When Mitsuko gets into trouble over some delinquent acting out, she's rescued by Murata (Denden), the owner of a much bigger tropical fish shop. Within a couple of days of their first meeting, Murata has given Mitsuko a new job and made Shamoto his business partner in a large deal involving a rare species. Is Murata the nicest fish shop owner ever? Well, no, he isn't. He's pure concentrated evil, and he'll corrupt anyone who gets in his way.

One characteristic of Sono's films is that they go berserk very quickly: usually we're in the realms of utter fantasy by the end of the first reel, the opening of Suicide Circle being a classic example. If there's one thing to be said in the defence of Cold Fish, it's that it shows a level of control that he hasn't demonstrated before. It starts as a typical family drama, admittedly with a couple of edgy touches in the editing. The descent into psychological and physical carnage is gradually and carefully plotted, and it takes quite a while to go completely over the top. The problem is that once it goes over the top, it keeps on going, and crosses all sorts of moral lines on its way to its spectacularly violent climax.

I have a horrible feeling that with the impotent male rage I was still carrying after the David Gatten incident, I was getting off on the violence a lot longer than I would have been normally. But once it became apparent that all the female characters in Cold Fish exist solely to be penetrated one way or another, the film lost me. The Belated Birthday Girl, by virtue of having a clearer head than me and being, you know, female, didn't last as long as I did. She'll probably be telling you around Wrap Party time that this was her absolute low point of this year's LFF. And she managed to put her finger on the film's biggest problem: it's no fun, which is an accusation you could never hurl at Sion Sono before now. I can admire the storytelling skills he demonstrates in this movie, but it doesn't mean I have to like them.

'Hardins' Tragedy of the Commons (look it up). But basically it means that anything free will always be overused/abused, until it turns to shit.

In fact I am such a nice bloke, you don't even need to look it up, as I have posted a link from Wikipedia (you do need to click though). http://en.wikipedia.org/wiki/Tragedy_of_the_commons