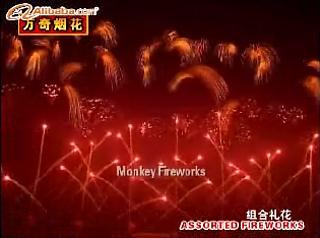 Movies: As promised, my comedown after two and a bit weeks of the London Film Festival was a trip to the Barbican to see yet another film: Big Tits Zombie (the more accurate Japanese title is actually Big Tits Dragon: Hot Spring Zombie Vs. Stripper 5). Crikey, it's not very good. Even in the context of the sort of tongue-in-cheek nonsense that Japanese studios deliberately make with one eye to the Western market, it's a feeble mixture of slapdash gore and clumsy titillation. Its late attempt at finally getting tits and blood within the same shot feels like a half-hearted attempt at offence rather than anything more transgressive. And its 3D sequences (amounting to no more than a few minutes spread thinly across the film) may well be the worst I've ever seen: you can appreciate the lo-fi aesthetic of going for old-school red/green glasses, but not when the image separation bears no relation to the distance between the average person's eyes. It just about worked as a curtain raiser for the upcoming Zipangu Fest, but not as anything else.

Music: Unexpected highlight of the month has been the album Vanibest by Vanilla Beans. When we saw them tear shit up live in Tokyo last May, they hadn't recorded very much: half a dozen or so singles and an album, no more. Which makes it all the more peculiar that their new release is a best-of compilation. Still, it's a enjoyable collection of oddities - old songs, new songs, cover versions, things written for adverts, and a couple of ancient tracks Stalinistically re-recorded to remove all traces of former member Rika. Latest single 100bankai no SMK gives you a good indication of their current poppier direction, though I defy anyone to come up with a non-obscene interpretation of what happens at 1:19 in the video.

Travel: I've never really got around to doing a food and drink section on the site - that sort of stuff tends to get lumped in under Travel. So, earlier this month, we travelled to trendy Shoreditch to sample the one-week-only delights of the Innocent Cafe. A pop-up restaurant devised by the notoriously whimsical smoothie people, its aim was simple: feed several thousand people their five portions of fruit 'n' veg a day, and only charge them a fiver for it. With regrettably-named celeb chef Gizzi Erskine concocting the menus, the food was scrummy, the atmosphere charming and the value for money sensational. And because it was only there from October 1st-8th, you probably missed it. Pay more attention next time.

In the meantime, your Simian Substitute Site for November 2010 is Monkey Fireworks. It's pretty obvious why, isn't it? (At least to UK readers.) Although I'm finding it strange that I'm writing this on November 1st, and I've barely heard a single firework going off locally so far this year. Back in the day, my part of London sounded like Beirut for more or less a whole month leading up to Bonfire Night.

Still, if you're in the market for a bulk order of fireworks, Monkey Fireworks sound like the people to deal with. Although as they're based in Hunan in China, delivery to the UK in time for November 5th. Their product range seems impressive, and their video advert appears to suggest that they even supplied fireworks to the 2008 Olympics. Or, of course, they may just be saying "here is what Chinese fireworks look like, ours may be similar". Cynical? Wo?

Please keep all your pets indoors while leaving comments.

Latest single from that Vanilla Beans album: a spiffy cover of MGMT's Kids.