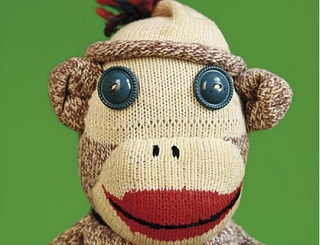 Books: Three books received in the Christmas stocking this year - haven't had time to sit down with any of them properly, so these are all first impressions gleaned from a quick skim. Len Deighton's Action Cook Book is the prequel to his French Cooking For Men that I mentioned a few months ago - an introductory guide to the theory and practice of preparing food, aimed at blokes who wanted to be just like that Harry Palmer off the pictures. Al Murray's Think Yourself British is a combination of bog book and self-help guide - you could probably work out most of the jokes yourself in advance from that description, but that doesn't stop them being funny. And John Waters' Role Models (his first book of essays for a while, and most welcome it is too) appears to be the trendy literary present for Xmas 2010: looking at Twitter on Christmas morning, it turned out that two of the people I follow (Robin Ince and FilmFan) had both received it too.

Comedy: While we're on the subject of Robin Ince: for the last three years now, the comedian has been organising Nine Lessons And Carols For Godless People, a series of benefit shows for the Rationalist Association. Described as "a cross between the Royal Institution Lectures and the Royal Variety Show," they feature a unique mix of stand-up comedy, scientific lectures and music, all with the aim of providing a great Christmas night out for people who don't especially believe in Christmas. Highlight of this year's shows for me was the British Humanist Association Choir and their lovely performance of Tim Minchin's White Wine In The Sun, a song which seems to capture the emotional tone of Nine Lessons just perfectly. If you're curious, the current issue of New Humanist magazine has a cover-mounted DVD of highlights from the 2008 show, or you can buy an even longer version from Go Faster Stripe.

Music: New Year's Eve was spent in the delightful company of Wilko Johnson at the 100 Club, watching him smash down the boundaries between lead and rhythm guitar in much the same way as he's always done for the last 35 years. The 100 Club has been in the news recently, as it's one of a series of small London music venues that's been threatened with closure. Currently it's in some sort of Schrodinger's Cat state of being simultaneously Doomed and Not Doomed: the club manager insists a sponsorship deal is about to be announced, but seems very reluctant to make the details public. Meanwhile, one of the club's key promoters - Jim Driver of Rhythm At - has been told that even if the club does survive, there'll be no room for the older acts (like Wilko) that he regularly puts on there, and he's had to transfer operations to The Borderline. Hopefully they'll eventually reach a solution that keeps a decent amount of live music going in the capital.

In the meantime, your Simian Substitute Site for January 2011 is Arne Svenson and Ron Warren's Sock Monkey 2011 Calendar, published by teNeues, and also received in my Christmas stocking thanks to The Belated Birthday Girl. Not much I can say about it, really: it's twelve pictures of sock monkeys from Ron Warren's collection of nearly two thousand. You can tell from the cover image whether it'll be your sort of thing or not. It's certainly mine.

So, Happy New Year to you all. How about making a resolution to leave more comments this year? (I'm still reeling from Logboy's lovely addition to the 10 Japanese Movies article.)

I generally do not read the article in the blogs, but I mean this very story made me try it! His writing style struck me. Thanks, very good article.