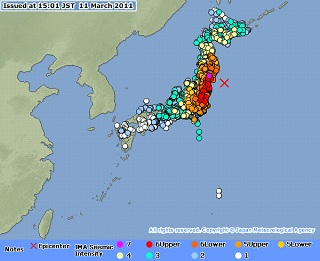 Here's another video for you: a video wall showing how all six of Tokyo's main TV channels reacted to the quake, sorted by speed of response.

And here's another one, acknowledging the regrettable fact that when I originally wrote the above piece, the nuclear danger wasn't quite as dramatic as it is currently. Still, this video is an attempt to allay people's fears, using the easy-to-grasp metaphors of poos and blowing off.