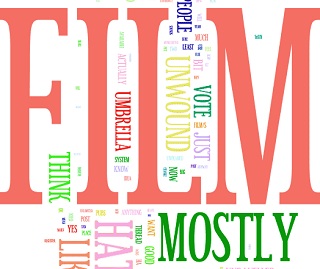 The story so far. A month or so ago, The Guardian closed down all of its talkboards with literally no warning. Opinion is still split as to why this happened - most theories involve the intervention of lawyers at a very high level, so let's play it safe and not go any further into that. But this action left several groups of people high and dry, including the Film Unlimited crew that I'd spent many happy years with both online and offline.

People moved fast during that first weekend after the closure, and within 48 hours many of the regulars were gathered on a temporary messageboard wrapped in metaphorical blankets and sipping on virtual cups of hot sweet tea. And the question was asked: where do we go from here? The temporary board was all well and good, but it was a private affair limited solely to members of the old FU environment. One of the things that made FU so vibrant was that it was linked to an established media outlet: people came to read reviews and articles on the Guardian site, noticed that there were discussion boards attached, and stayed to chat. If we were just a talkboard with no articles to talk about, we'd die out pretty quickly.

So... welcome to Mostly Film.

This was the thing about FU: it was a film talkboard largely populated by people who could write a bit. Some of them did it for a living, some of them - like me - just did it for shits and giggles. But it meant that the discussion frequently rose well above the level of 'it was great'/'it sucked'/'you suck'/'your mum' that tends to be the norm on the web. (Not always, but frequently.) Many of the regulars wrote about films at greater length on their own blogs for free, or for The Man for cold hard cash. It was probably only a matter of time before all of these individuals became a talent pool.

The closure of FU was the boot up the jacksie that was needed, I suspect. The idea to start up our own site came up fairly quickly, and we've been riding the post-closure momentum ever since. A hard-working team has spent the whole of March getting an infrastructure in place. It's still being worked on - the URL didn't quite redirect properly for the first couple of hours, and there's still a debate going on as to what the site logo should look like. But as of April 4th, the site we're calling Mostly Film is now up and running. The plan is that each weekday morning, you should find a new blog post available there, written by one of the former FU crew. As the title suggests, most of the articles will be film-related, but there are also pieces on music, art, games and much more in the pipeline.

I'm simultaneously honoured and terrified to be the first person blogging on there. So currently, the lead article on Mostly Film is Man vs. Chick, in which I pit Alex Cox's 1984 cult classic Repo Man against his 2009 sort-of-followup Repo Chick. Which is better? There's only one way to find out. But bear in mind that tomorrow morning, there'll be another piece on the site for you to peruse, and more to come every weekday for the foreseeable future. I'll probably be a rotten egomaniacal bastard and only tell you whenever stuff of mine is coming up on the site, but there's one hell of a team involved in this venture, and they're all worth reading.

Mostly Film. It's a blog about film. Mostly.

Thanks for getting us off to such a good start today!