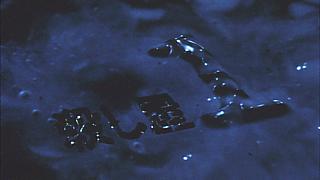 I last mentioned Mostly Film here a month and a day ago, on the occasion of its launch. I mentioned at the time that I was "simultaneously honoured and terrified" at the prospect of writing its first ever post. One month on, however, that's pretty much all turned to pride at how well it's turned out. There have been some great pieces on there so far: I don't really want to pick favourites, but I could point you in the direction of CaulorLime's rage-filled demolition of Jamie's Dream School, Indy Datta's thoughtful analysis of Meek's Cutoff, Concannon and Anderson's conversation about the sudden wave of German arthouse 3D movies, Mr Moth's spiffy round-up of the latest pop hits, and Ricky Young's affectionate look at Doctor Who (this last one actually got a namecheck on Twitter from Steven Fucking Moffat).

I warned you all along that any articles I subsequently wrote for Mostly Film would get hyped on here too: so here we are. We could use this space to give you a little bit of directors' commentary, if you like. A week or two ago, The BBG wondered whether it would be nice to have a piece on MF about Takashi Miike, to tie in with the May 6th release of his new film 13 Assassins (reviewed here by both of us back in October last year). I liked the idea of us collaborating on it like Phil and Niall did on their 3D piece, but suspected we'd left it a little bit too late, as pretty much all of the blog slots in May had been filled. We mentally filed the idea away, with a view to saving the article for when the DVD came out a few months later.

Cut to last week, and The BBG and I have just touched down in New York. I haven't said that out loud before now, have I? Well, you'll hear the details soon enough. But anyway, I fire up my email for the first time since arriving in the US, and I find a mail from Mostly Film's gruppenführer saying that he's got an open slot in one week's time - i.e. the day before 13 Assassins opens in the UK - if we can get the article together by then. Could we? Well, it's a ludicrously tight deadline considering we're both on holiday. Which, inevitably, makes it all the more interesting.

So. Friday April 29: 13 Assassins, coincidentally, opens in New York, and we catch it at the IFC Center to remind ourselves how bloody good it is. Saturday April 30: we go for a pleasant stroll along The High Line, during which we sit down for half an hour and discuss the life and works of Takashi Miike into my mobile's voice recorder. Sunday May 1st: I transcribe and edit that conversation in a selection of hotel lobbies and airport departure lounges. Monday May 2nd: we deliver the piece to Mostly Film, and they seem happy with it, apart from some haggling about how explicit an image from Ichi The Killer we can use. (As stated in the article, the one we went with was our fourth choice, after various degrees of both self-censorship and external censorship. These were our third and second choices: our first choice - well, my first choice - is at the top of this page.)

Thursday May 5th: Takashi Miike: On The Outside, Hacking In by Spank The Monkey and The Belated Birthday Girl is published on Mostly Film. Why not give it a look? And stick around, there's more good reading on the way.