MOSTLY FILM: Astoria7 (and other stories)

Okay, this is going to get complicated, so bear with me. Yes, I’ve got another new thing on Mostly Film today, but it’s only a little one: a few paragraphs on the movie Dogs In Space, as part of a group post about Australian movies. Sadly, they’ve decided to call it Cult Australian Cinema, and ditched the much better working title of Oz Fest. (In a similar fashion, The Belated Birthday Girl wrote roughly the same amount there last week, talking about her favourite cinema in My Favourite Cinema.)

Do I have bonus material to back up my four hundred words on Dogs In Space? Not really, unless you count the trailer. What I do have here, though, is a backup feature on the piece I had published on Mostly Film last week, while I was churning out all the daily updates from Edinburgh. You might have seen it - it was about the San Sebastián cinema-turned-hotel Astoria7, where The Belated Birthday Girl and I went for our tenth anniversary back in June.

So, you're probably wondering, what else did we do when we weren't in this nice hotel? And the simple answer is, we ate and drank ourselves silly. 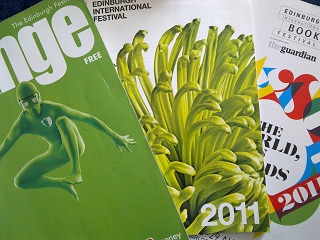