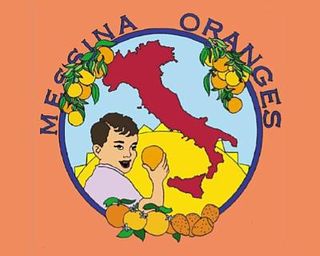 'Lockerbie Bomber Being Kept Alive By Drugs YOU Cannot Get.' The Daily Record's front page this morning is a classic tabloid headline - concise, informative, finger-pointing with just the slightest hint of xenophobia - but it's not enough to make me want to buy the thing from the newsstand at King's Cross station. What I'm really looking for is a copy of The Scotsman, but there doesn't seem to be one available for love nor money in London this morning. Possibly because everyone in the area appears to be cramming themselves onto the trains up to Edinburgh, and they're all looking for reviews the same as I am.

There are ten of our party on the train, roughly split between two sections of the same carriage. Half of the team get the raw end of the deal, sandwiched between a noisy South London scout troop and an even noisier stag party, who find it impossible to play a simple game of cards without bursting into orgasmic yells every time someone gets a half-decent hand. The section I'm in, though, gradually reveals itself to be occupied by a charming group of kids from Highgate School, or more specifically from its drama group n6 Productions - they're travelling up to put on Much Ado About Nothing next week. It's fun watching them trying to plot a publicity stunt while on the train: at one point they consider sending someone up and down the length of it with a poster for the show gaffertaped to them, but instead they simply pass out fliers to anyone who's obviously travelling up for the Fringe. It's the earliest point in a Festival trip that we've ever been fliered, and we have a sneaky admiration for their enterprise and their ability to travel on trains without being noisy or pissed. So go see them at Surgeon's Hall.

From Waverley Station it's a short cab ride to our accommodation for the year, once again provided by the good people at the University Of Edinburgh. I usually try to be discreet about our exact location in these articles, for fear of the inevitable tide of stalkers I might otherwise attract, but let's put it this way: we've very close to one of the larger Fringe venues. Very, very close. In fact, if the double glazing on our flats wasn't so good, we might have cause for concern, not to mention several days of free entertainment. But it is, so we're quite pleased with where we're staying this year.

A shopping trip (during which we coincidentally bump into the final two members of the team, as Charmian and Eve arrive in the Musemobile) leads me to ask a question of any Edinburgh residents reading this. For the last couple of years, whenever we've visited a small supermarket in your otherwise fine city, all the soap and toiletries are kept behind the counter along with the fags. What's up with that? Answers in the comments box, please. Anyway, once we've stocked up the flats with supplies for the week, The Belated Birthday Girl and I grab a quick refuelling stop at Mother's Kitchen, to compensate for this morning's train running out of sandwiches before we'd even reached Newcastle. And then it's off to the Bongo Club for our first show. 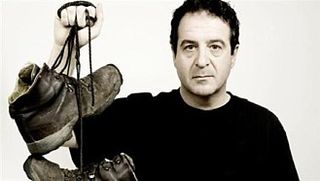 We're a bit low on Book Festival events this year: so far, The BBG and I only have one planned in the calendar. But when we bought tickets for Mark Thomas: Extreme Rambling, we half thought of it as a kind of Book Festival event anyway. After all, Extreme Rambling is the title of a book that Thomas has published this year, and the show's poster uses the same artwork as the book, so it's really just going to be a reading, isn't it? Not at all: what Thomas gives us here is a full-on performance, and it's all the better for it.

Mark Thomas' plan was simple: he wanted to walk the entire 750km length of the wall between Israel and Palestine, talking to people along the way about how they lived in such a troubled region, and trying not to get himself killed. (In the book, there's a lovely opening section where he bounces the idea for the walk off his old mate Mark Steel, and Steel goes nuts: "why can't you just make up some jokes and tell them to people? No, you have to do it the hard way...") There's a large map at the back of the stage that describes his progress, and he uses it to point out the highlights of his walk. The miscellaneous characters he met on his travels - fixers, soldiers, people who have to routinely break the law every day to cross the barrier and get to work. The surreal sights he encountered, most notably the town where people of all beliefs assemble once a week to get themselves ritually teargassed. And the several times when he was, inevitably, arrested.

There isn't really a through line to this story, other than the one traced on his map: it's more of a collection of anecdotes gathered on his eight-week journey. But it's the way he tells them, as it were. I don't believe I've seen Thomas on a stage since his early days as a political standup in the late 80s, before the comedy circuit lost him to television and a more direct investigative agenda. Extreme Rambling is different from his work on shows like The Mark Thomas Comedy Product in that it doesn't appear he went in with a point of view, and assembled evidence to back it up - rather, he's gone into a situation, observed what happened, and formed his opinion based on that. And he's brave enough to admit that there are more grey areas in this particular situation than many of the people involved would have you believe.

But this couldn't have been a Book Festival event really - it's much more of a performance than a simple reading of an abridged version of the book. Thomas makes a decent stab at most of the accents of the people he met, and hurls himself around the stage to make his points. This is a two hour show that had to have an interval, because by the end of the first hour he's literally drenched in sweat, and has to spend ten minutes offstage drying himself off and relaxing with a nice cold can of Coke. (Well, maybe not the latter.) Exciting, humane, and (as you'd expect) funny as hell, Extreme Rambling makes for a great start to our Festival. But don't look for it if you're coming up here this week, because Saturday was its last night in town. 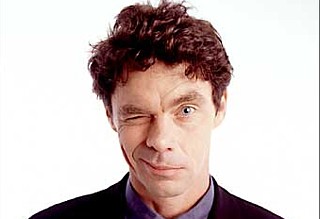 A speedy supper at David Bann (a restaurant that's registered on The BBG's vegetarian antennae for some time now, but this is the first time we've ever made it inside), and then off to the Pleasance for Rich Hall's Hoedown. Late night shows in Edinburgh are always tricky beasts: you don't want them to be too smart, because it's late in the day, but at the same time you don't want them to pander completely to the beer monsters who are looking for somewhere to go after the pub. A music show is normally a nice compromise in these circumstances: a music show with personnel like this, even more so.

Rich Hall has always had a musical component to his shows, often with his country-loving alter ego Otis Lee Crenshaw. Crenshaw's bandanna is locked away in the dressing-up box for this show, however: Hall is playing himself, and he's got a supergroup of Fringe music and comedy legends to back him up. They're virtually all at that precise level of fame where a Fringe audience would cheer themselves crazy if any one of them came on stage, but most people outside that demographic would just look blankly at them. Ronnie Golden on harmonica and guitar: Nick Pynn on fiddle: Rob Childs on guitar and slide. (The programme also promises Antonio Forcione on yet more guitar, but he isn't there for the show we're at.)

The musical pedigree of this combination is pretty much proven, and the jokes aren't too bad either. Hall's written a few new funny songs since I last saw him, and the opening number If The Mosque Is A-Rockin' Don't Bother Knockin' shows he hasn't lost his knack for cramming more jokes into a single verse than most listeners can take in. He's still using the same frameworks for the improvised numbers that he was using a few years ago, but when they work that's not a problem: tonight, little Timmy is saved from the well by a man in the front row who claims to be the Associate Director for a soap opera that only the Scottish people in the audience have heard of.

It's an interestingly structured evening - Hall opens with a few funny numbers in a row, and then once he feels he's got the audience on his side he starts doing more and more straight ones. Unexpectedly for a large seated venue like the Pleasance Grand, actual dancing breaks out several times in the front of the stage (and it's only during those straight numbers): given its rather theatrical nature, I'm assuming it's mainly student drama groups on their nights off. But you can tell that Hall is more interested in amusing himself than keeping people dancing, when he follows up the most frantic number of the night with a song that's a) incredibly slow and b) the most unromantic cover version you'll ever hear in your life. You can almost sense his pleasure as people drift away from the dancefloor, hopelessly confused by Ronnie Golden sweetly crooning "bitches ain't shit but hoes and tricks" on backing vocals.

All of this and a surprise guest slot, as the unlikely pairing of Bob Downe and Margaret Cho bound onto the stage and nail the old Johnny Cash/June Carter duet Jackson with unexpected gusto and tunefulness. That counts as a good first night as far as I'm concerned.