Reviewed today: Las Acacias, Chicken With Plums, Dreams Of A Life, International Animation Panorama Programme 2, Once Upon A Time In Anatolia, Undercurrent.

Reviewed today: I Wish, Louise Wimmer, Once Upon A Time In Anatolia, Stopped On Track, Wonderful London.

Reviewed today: The Day He Arrives, The Machine That Kills Bad People, Sarah Palin - You Betcha!, A Trip To The Moon. 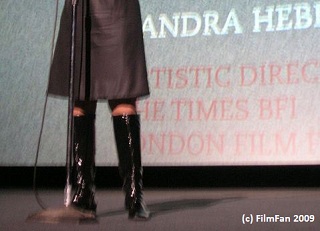 Take one last look at these babies: once the 55th London Film Festival has concluded on October 27th, you're probably not going to see them again. 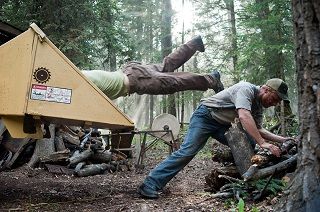 Six months ago today, it was. Six months since a bunch of former inhabitants of the Guardian film talkboards pulled themselves out of the smouldering ruins of their former home, and set up shop on a new blog called Mostly Film. Since then, every weekday has seen a new post go up, building into a repository of only slightly warped opinions on music, telly, art, comics, books, hotels... but mostly, film.

I had the honour of contributing the first article on Mostly Film six months ago, looking at Alex Cox's contribution to cult cinema. And purely by coincidence, I've also contributed today's half-birthday piece: again, looking at cult cinema, but this time from the perspective of how changing distribution models and the death of video rental have affected the way we consume it.

Once again, readers of this site get some related bonus material to stop them complaining about how I've written hardly anything for my own website over the past month. Having said that, the bonus material is another bloody YouTube playlist. But an interesting one, I think. 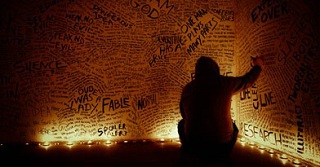 Books: Back in August when I used to write stuff regularly for this site - yeah, yeah, things should start picking up again shortly, promise - anyway, you might recall that comedian Robin Ince was one of our primary sources of irritation during this year's Edinburgh Festival, due to the under-publicised arrangements for getting into one of his shows. If nothing else, the incident has made me all the more impressed at The Belated Birthday Girl's ability to keep a straight face. Because while I was sitting in Edinburgh bars berating Ince for his poor organisational skills, she had to suppress her knowledge that she'd already bought me a copy of his book for my upcoming birthday. Still, I can't complain, because it's actually quite a fun read. Robin Ince's Bad Book Club is the hard copy version of the show he's been doing for several years now, in which he takes a series of cheap paperbacks gathered from countless visits to charity shops and holds them up to ridicule. It suffers from the thing that makes Ince's stand-up and journalism occasionally tiresome to read - his insistence on deliberately exposing himself to the worst of what humanity can offer, just so he can get annoyed about it. (Which, for me, tends to be less funny and more annoying.) But his joy at the guilty pleasure that crap literature can provide is infectious: and when he makes the bold statement "if you have not read The Rats you were not born between 1954 and 1976", it brought back happy memories of James Herbert's paperbacks being passed around under the desks in school, always falling open naturally at the dirty bits.

Internet: It's the scientific breakthrough from Japan we've all been waiting for: a motorcycle with a toilet built into the saddle, that runs off your own poo. You could read about it in English at Tokyo Mango, but you're probably better off going to the official site of its manufacturer Toto and shoving the Toilet Bike Neo Project blog through the translation software of your choice. (Nifty is the most reliable one out there, as long as you select the 日本語

英語 option to go from Japanese to English rather than the other way round.) The blog is probably worth revisiting throughout October, as the bike is just about to start a one-month promotional tour of Japan, presumably ridden by someone with a massively underdeveloped sense of shame.

Movies: Back in August, I wrote about the Scala Forever film festival for Mostly Film (with a little extra bonus material for here). Six weeks on, the festival finally ends this weekend with a screening of A Clockwork Orange, the film that notoriously finished off the Scala cinema completely. We ended up catching three of the festival's screenings ourselves. At the Prince Charles, we saw a fun double bill of The Terminator and Duel: most notable for being the second occasion at which I've tweeted the organisers during the interval of an event, and they've verbally responded to that tweet on stage at the start of the second half. (Coincidentally, the first time this happened was at one of Robin Ince's shows.) We also fitted in our first ever visit to the utterly charming Roxy Bar And Screen: their all-day Hong Kong action festival was just as patchy as the Scala's all-dayers used to be, consisting of two solid-gold classics (A Better Tomorrow, Eastern Condors) and two not-so-classics (Tiger Cage 2, The Cat). Finally, the comparatively posh surroundings of the ICA were an ideal location for a restored print of The Ballad Of Narayama: Shohei Imamura's combination of weirdness and rudeness seems like the perfect way to remember the Scala. It's just a shame that London cinemas can now only sustain a selection of movies like this for a six-week festival, rather than all year round.