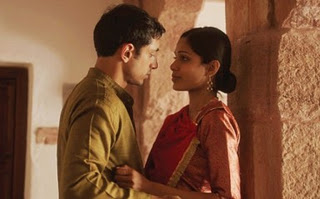 Screen Talks are good. Aren't they? After all, they allow directors to come face to face with their public and tell us the thinking behind the choices they made on their films. But all too often, when the LFF gets a big director or star on board to talk to us, they'll organise three events in the same order. There will be a big sexy gala screening, with the talent introducing the film: a Screen Talk, where the talent talks about that film and their career: and a cheaper matinee screening of the film, by which time the talent has usually gone home. This can be a problem for those of us who are a bit skint at the moment, as we end up seeing the Screen Talk followed by the cheaper matinee, and inevitably have some of the film inadvertently spoilt for us during the talk.

Take Trishna, for example. Those of you who've read Sunday's report will know about director Michael Winterbottom's Screen Talk, which inevitably covered his new adaptation of Tess Of The D'Urbervilles. So at the very least, you'll be aware of the central twist to his version: it's set in modern India. Tess becomes Trishna (Freida Pinto), a young girl trying to support her mother and siblings after her father's recent accident. She encounters rich kid Jay (Riz Ahmed) who takes pity on her and offers her a job in his family's hotel. His intentions are good, or at least they start out that way. But both Indian cinema and Thomas Hardy are fond of melodrama, so we know this can never have a happy ending.

There are good things to be said about Trishna. Winterbottom's feel for a location is as strong as ever, and he gets excellent mileage out of the contrasts between Trishna's rural background and the bustle of Mumbai. There's also fine use of music throughout, with Shigeru Umebayashi's orchestral score battling it out alongside new Indian songs composed by Amit Trivedi. It's indicative of the film's brave intention to combine both the Indian and Western approaches to cinema. So why does a story this full of melodrama simply fail to touch the emotions at all?

I think Winterbottom accidentally gave away the reason for this in his Screen Talk on Sunday. He was quite pleased with one major change he'd made to Hardy's original story, compressing the two male characters of Alec d'Urberville and Angel Clare into the single role of Jay. Alec and Angel represent the two extremes of men that Tess encounters in her life: one apparently rotten, the other apparently good, although both of them turn out to be a little more complex than that. By having his male lead move from one of those extremes to the other in the course of the tale, Winterbottom's made Jay a very interesting character indeed, and it's an opportunity that Riz Ahmed grabs and runs away with.

But by doing that, he's ruined the delicate balance of Hardy's original love triangle, converting three interesting characters into a strong male one and a weak female one. Freida Pinto gets some stick on the internet for taking roles she isn't suited for, but to be fair she's got very little to work with here. Trishna becomes virtually sidelined in her own movie: it's been a long time since I last read Tess, but I'm pretty sure that Hardy's heroine isn't the passive doormat depicted in this film. She's reduced to a hollow character that things just happen to, and that doesn't make for a good centre to base an entire film around. 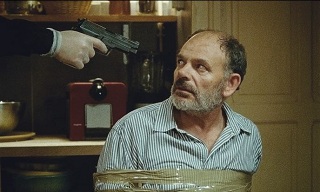 Michel (Jean-Pierre Darroussin) is a union boss in Marseilles, faced with the awkward task of having to choose twenty of his colleagues to lay off. He decides that the only thing to do is put everyone's name in a box and draw them at random: and he's such a decent bloke that when his own name comes out of the box, he accepts it and goes into early retirement. His former workmates like him so much that they have a whip-round to buy a Kilimanjaro holiday for him and his wife Marie-Claire (Ariane Ascaride). So is director Robert Guédiguian making a travelogue, then? Well, no. Michel and Marie-Claire's holiday plans are suddenly thrown into disarray by an unexpected incident. As a result, they have to reconsider their ideas about the politics of labour and poverty.

I've only seen one Guédiguian film before this one, 2004's My Father Is An Engineer. Both films share a common pool of actors (although it takes a while to get used to Darroussin in a beard), and a traditional left-leaning political viewpoint. Michel and Marie-Claire are socially responsible people, and when they realise the wider implications of the layoffs which opened the film, they take direct action to try and help the people involved, much to the dismay of their friends and family. But Guédiguian always assumes there's room for debate: it's never a clear-cut question of Michel and Marie-Claire being right and everyone else being wrong, there are shades of grey throughout.

All of that makes this sound incredibly worthy: far from it. The Snows Of Kilimanjaro is an engaging story about a family and a workplace, where we feel for the people involved and want to see them succeed. In the film's boldest move, after the incident that turns Michel's life upside down, the story switches track to follow its apparent villain for a good ten minutes or so. After what this man has done to our central characters, you can't believe that Guédiguian wants you to care about him. But he does make you care, and that makes the moral dilemma of what follows all the more gripping. There's something curiously old-fashioned about the sheer sense of decency and inclusiveness that runs through every frame of this film, but it's something I'd like to see more of these days. 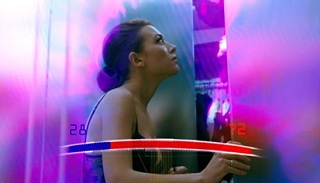 Bloody Nanni Moretti. Oh, I like the man, no question: he's probably up there with Robert Guédiguian in terms of making interestingly human lefty dramas. We were quite keen to see his new film We Have A Pope at this year's LFF, but the tickets sold out remarkably fast. To add insult to injury, not only do we therefore fail to see Moretti being (presumably) his usual charming self in the post-film Q&A, but he also talks so much as to delay this screening of Target by nearly half an hour. Given that it's already a late-starting film, and it's over two and a half hours long, it would have been nice if Moretti had come on stage at the start to apologise for us now being trapped in NFT1 until around midnight. (He's run his own cinema, you'd have thought he would have been sympathetic.)

Anyway, once it gets started we've got 154 minutes of cerebral Russian science fiction to look forward to. Yay! Set in the year 2020, Target depicts a Russia that's booming in the wake of China becoming the world's number one superpower. Nevertheless, people are unhappy, as is usually the way. Viktor (Maksim Sukhanov) and Zoya (Justine Waddell) are just one couple disillusioned despite their personal wealth and success. But they have a plan. Accompanied by a gameshow host, a jockey, the narrator of Chinese For Dummies and a girl they pick up along the way, they visit Target: a former research base notorious for leaking cosmic rays which stop the human body from ageing. The six of them are now effectively frozen in time and will never get older. Will it make them happier? What do you think?

There are a few nice ideas in Target: the changing face of the planet is subtly evoked with some nifty background effects, and the design recalls the classical yet unfamiliar lines of the golden age of Russian sci-fi. But there isn't really a story here worth bothering with. Director Alexander Zeldovich sets up the idea of eternal youth, and then uses it within a narrative whose timeframe is so short it barely relates to that idea at all. If anything, he compresses the use of time in the film rather than using the device to stretch it out: the only effect of the rays visible to the audience is that they accelerate the character flaws that were already there within his lead sextet.

Despite that compression, it's still a pretty dull movie (as in, both pretty and dull). Zeldovich never really makes us care about these people, despite the extremes of sex and violence he puts them through. He certainly doesn't have any idea about how to make us laugh at them: the sequences featuring the gameshow host at work are painfully embarrassing to watch. And although the look of the film is a point in its favour, it's never quite spectacular enough to steamroller over the problems with everything else. In his introduction, Zeldovich - aware that he's got an audience keeping one eye on their watches in case they miss their last train - promises that the film's last shot is worth waiting for. It turns out to be an undeniably ambitious shot, but wobbly compositing and several hundred misplaced pixels mean that it works better as an abstract idea than in its actual execution. In effect, it ends up being a metaphor for the whole film.