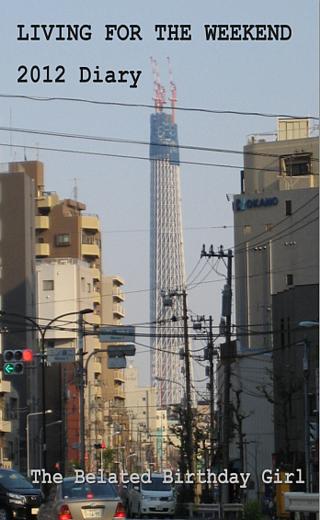 Continue reading "Living For The Weekend: A 2012 Diary By The BBG" »

Seasons Greetings from me and The Belated Birthday Girl: to celebrate, here's a happy little tale for the kiddiewinks. (And in case you think that the guy who wrote that is some sort of psycho, he's also done this. Pass it on.)

MOSTLY FILM: The Book Of Mormon 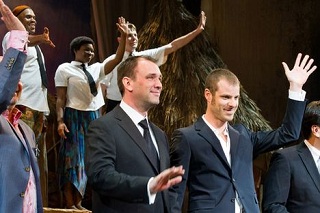 What's been the most memorable thing that's happened in 2011? Some would say the wedding of Will and Kate, others the death of Osama bin Laden. But all these events pale into insignificance against the launch of Mostly Film, which has firmly established itself as Europe's Best Website in less than nine months of existence.

Currently, the writing team on Mostly Film are taking a look back at the year, just like everyone else, and asking contributors to write about one of 2011's cultural highlights. Several of these have been movies: films such as Margaret, Confessions, Beginners, Submarine and A Separation have all been discussed in depth so far, as well as a roundup of the activity in London's rep cinemas.

But as the name implies, the site's brief is Mostly Film. So we've also had a piece on the year's best song: and today, it's my turn to focus on theatre, and specifically the Broadway production of The Book Of Mormon that impressed me so much on our trip to New York earlier this year. I look at how it fits into the careers of South Park creators Trey Parker and Matt Stone, ponder on how Robert Lopez has tweaked their approach for the stage, and generally try to spoil as few of the jokes for you as possible. You can read it here.

You've Done An Awesome Job Kevin: Pick Of The Year 2011 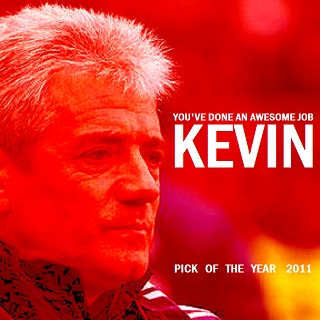 I've not been entirely honest with you, I'm afraid. For years, I've been telling you that my annual Pick Of The Year compilations started in 1993, as the result of a drunken conversation with Lou about the state of popular music at the time. But 1993 was, more accurately, the first year that these compilations went public - in fact, I'd been making them for my own personal amusement since 1982.

I had this vague plan at one stage that when the POTY compilations hit a nice round number, I'd assemble all of these analysis pieces into another one of my massively unpopular books. We can discuss that further at the end of this page, when I'll also be offering you the chance to win a copy of this CD for yourselves (closing date February 29th 2012). But for now, here are my eighteen favourite songs of this year just gone, and why they're better than yours. 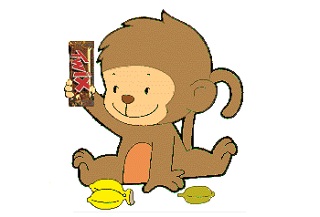 Music: Getting close to year end now, which means that I'm trawling through all the records I bought in 2011 in preparation for my traditional Pick Of The Year compilation. Along the way, I've been musing about the state of The Album as a concept, and how the way we listen to music has changed over the decades. Take Florence And The Machine's new record, Ceremonials, as an example: I've enjoyed the raw bombast of individual tracks when I've heard them on the radio, but trying to listen to twelve of the buggers in a row is absolutely unbearable. Kate Bush's 50 Words For Snow, on the other hand, is an old-fashioned album: it has a theme, a sequence, an ebb and flow to it that makes it work brilliantly as a piece. In another old-fashioned touch, it also has a whimsical comedy song which doesn't entirely work, much like serious bands used to do in the seventies. Nevertheless, I'm pretty certain that Kate will be making an appearance on this year's compilation, and Florence won't. Wait and see.

Telly: Obviously I'm way behind everyone else here, but I'm making my way through series one of the top-rated middle-class jumper porn that they call Forbrydelsen, and we call The Killing. (Series two is currently in progress on BBC 4, and I felt I had some catching up to do.) It's a good, solid police procedural: it doesn't really do anything radical with the genre, other than show a remarkable determination in keeping its focus on its central crime story for the full twenty hours, without branching off into issue-of-the-week subplots to pad out its running time. Enjoyable as hell, but I've been getting somewhat distracted by the realisation that dodgy politician Troels Hartmann has a lookalike. "Nanna Birk Larsen. RIP. Miss you big man. Gone but not forgotten."

Travel: I've spent a few days in Ireland this month, thanks to work: a week-long assignment in Navan, one of the world's few palindromic towns. (Adaven Nevada can just piss right off, frankly.) For a small town, it's got a lot to offer: a nice hotel, plenty of fine restaurants (from a perfectly decent chippy to a slap-up posh nosherie, with a good brasserie and curryhouse in between), and an acceptable cinema. Amusingly, it turns out that the cinema had a brief period of YouTube fame a few years ago, thanks to their answerphone message around the time that Bruno came out. God knows what they'd make of Sensation, the cheerfully mucky new Irish film that I caught in Dublin on the way to Navan, and which Lesley reported on here over a year ago.