Home Archives/Categories About Me RSS Feed Mailing List Email
Living For The Weekend: A 2012 Diary By The BBG
MOSTLY FILM: Comin' At Ya! 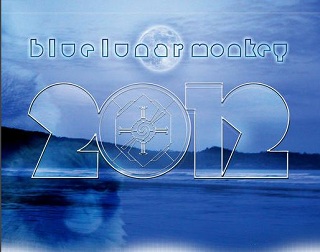 In the meantime, your Simian Substitute Site for January 2012 is the Myspace page for ambient recording artist Blue Lunar Monkey. Better known to his mum as Daniel Gradilla, he's a Mexican musician who specialises in trancey floaty type stuff, as you'll hear from the audio samples. He's included here today because one of his albums is called 2012. Although given that his name is a reference to a date in the Mayan calendar, I'm assuming that the album title is less 'Happy New Year' and more 'Oh Shit The World's Ending On December 21st'. (Those last few pages in The BBG's diary are going to be totally wasted.)

Nevertheless, I'm going to go with the other interpretation. Happy New Year, everyone! Let me know your plans for 2012 in the comments below.