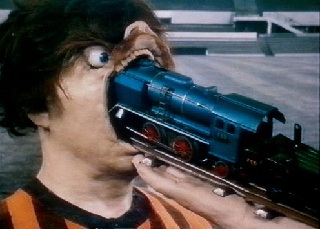 Another day, another piece for Europe's Best Website, another article here promoting it and providing backup material. Last time I did this, I ended up in the awkward situation where the backup material was several hundred words longer than the piece it supported. This time, you'll be pleased to hear, we're back to the usual arrangement.

So today on Mostly Film, you'll find an article by me called Surviving Švankmajer, reviewing newly-released DVDs of three feature films by the Czech director Jan Švankmajer. At the start, I mention how the director was initially better known for his short animations, and suggest that you go onto YouTube and watch some for yourself.

Ideally, what you really should do is buy the BFI DVD Jan Švankmajer: The Complete Short Films, which has all of his non-feature work in its best available form. But if you're a cheapskate or want to watch them right now, today's Red Button Feature is a YouTube playlist of eight of my favourite Švankmajer shorts. 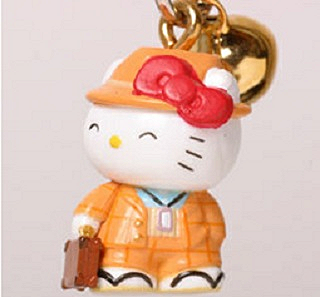 I've been writing Monoglot Movie Club articles for Europe's Best Website since the beginning of this year, but regular readers will know when it all really started. It was ten years ago, in 2002, when The Belated Birthday Girl took me on our first trip to Japan. At that time, the latest films by Hayao Miyazaki (Spirited Away) and Takashi Miike (The Happiness Of The Katakuris) were playing in local cinemas. They weren't subtitled in English, but why should that stop us? And it's failed to stop us ever since.

It's now 2012, and we've just come back from our sixth visit to Japan. A full and detailed discussion of what we did there will follow on this site in the near future: but for now, I want to concentrate on the stuff relating to Japanese cinema, which I've decided to separate out from what will eventually become Rising Monkey 2012.

So on Mostly Film today, you can read Monoglot Movie Club: Japanese Screens, in which I review the five films we saw in Japan last month without the benefit of subtitles. Meanwhile, over here in the Bonus Content section, I'll be telling you about the film-related activities we encountered along the way: a museum, an art exhibition, and a shameless promotional tie-in. 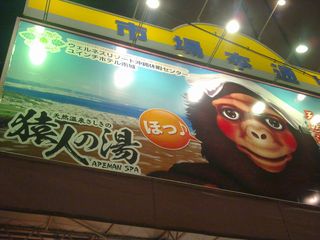 MONTH END PROCESSING FOR MAY 2012

Movies: Since I reviewed Whit Stillman's delightful Damsels In Distress at last year's LFF, it's undergone a bit of re-editing. The new version - reported to contain fewer references to Cathar love - came out in the UK at the end of April, and has probably reached the end of its theatrical life by now. But thanks to an ICA Sunday afternoon double bill, and a tatty old VHS that I recorded off Sky Movies back in the day when I was willing to pay for it, we recently spent a day rewatching all of Stillman's pre-Damsels features. (If I'd known at the time that he also directed an episode of Homicide back in the mid-90s, we'd have watched that too.) It's fascinating to follow the path from Metropolitan through Barcelona to The Last Days Of Disco: the ironic wit of his dialogue has always been sharp as a tack, but his characterisation and technical skill have come on by leaps and bounds from film to film. (In particular, the sound quality of Metropolitan was atrocious in the ICA's print, which is a problem for a film which has very little other than dialogue going for it.) Two main delights resulted from watching these films in bulk - firstly, the realisation that Disco takes place in a Stillmanverse that includes characters from the first two films: secondly, that he's always been a sucker for a goofy dance scene. (Although in Metropolitan, all the dancing happens offscreen.)

Theatre: Isango Ensemble are back in London, and are currently a few days away from the end of their season at the Hackney Empire. On stage and on film, they've specialised in putting a unique South African spin on classic stories with music and performance. Their 2008 version of The Magic Flute was a huge hit, and I was hoping that their adaptation of La Boheme (one of three pieces in this rep season) would work along the same lines. Unfortunately, it doesn't, and it has to be said that part of the reason why is that La Boheme simply isn't as good an opera as The Magic Flute. Mozart's tunes are bulletproof, and hearing them rearranged for marimbas and African choir allows you to enjoy them in a whole new light. Puccini's melodies don't quite survive the treatment, despite strong performances from the cast in general and company leader Pauline Malefane in particular. Though as one of our party pointed out, Malefane's possibly a little too well-upholstered to be playing a consumptive. (Oh, sorry, that might be a spoiler for some people.)

Travel: If you've been following me on Twitter for the last couple of weeks - go on, do it, it's fun - then you'll know that The Belated Birthday Girl and I are in the middle of one of our regular trips to Japan. (This bit's actually being written on the back seat of an Okinawa bus.) You'll be hearing all about our travels in detail throughout June, don't worry about that. However, it does mean that I don't have much else I can report on for May in this page, as I'm saving it all up for the travel articles. Have a funny picture instead courtesy of Twitter's own @PastryThief, who was hoping this could be the Simian Substitute Site for June. And it nearly was, until we spotted something while travelling in Naha...