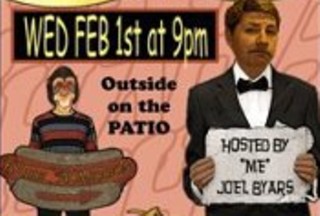 Comedy: RHLSTP! (rhlstp!) Richard Herring's Leicester Square Theatre Podcast came to the end of its run this month, and I think it can be considered a roaring success. But don't take my word for it: the live recordings that took place at the Leicester Square Theatre throughout May and June are all available for free download or streaming at that link up there. They've all got their highlights. The one featuring Stewart Lee (listen out for myself and The BBG chuckling in row B) is a delightful reunion of Lee and Herring, and sounds exactly like what it is: two old mates having one of a series of irregular catch-up sessions. But the biggest bellylaughs can probably be found in the Charlie Brooker episode, which slowly mutates into the two men trying to see which one can come up with the most unspeakable idea to say on stage. (It's approximately a draw at the end, from what I can remember.) The Edinburgh variant of the podcast returns in August, with the promise of more London shows (with, let's be honest, more famous guests than the Scottish version) in the autumn.

Movies: Plenty of London film festivals are on the horizon, long before we need to think about the London Film Festival. (With new boss Clare Stewart looking to make her mark on her first LFF, her decision to reduce its length by four days is a tad disturbing. But we'll wait and see.) In the meantime, two festivals announced their programmes in June, meaning you've still got time to go along to them if you can. HK15 Film Festival is an event from the lovely people at Terracotta, intended as a celebration of Hong Kong cinema fifteen years after the handover back to Chinese rule. It's a fine mixture of new movies and stone-cold classics: the most intriguing prospect is that of Jimmy Wang Yu doing a Q&A after a screening of the legendary One-Armed Swordsman. Meanwhile, FrightFest continues to do what it always did, although this year's selection of horror movies seems to veer between the extremes of the gruellingly realistic and the spectacularly daft. (Main examples of the latter include Cockneys vs Zombies and Dead Sushi.) In other film festival news, Scala Beyond doesn't announce its programme for another couple of weeks, but the idea behind it sounds fascinating...

Theatre: I've said it before, and I'll say it again: Joe Orton's What The Butler Saw is the finest play in the English language, and that's the end of it. The current London production (running at the Vaudeville Theatre until August 25th) can't quite live up to the first time I saw it: at the National Theatre in the mid-90s, when the cast included a young and unknown David Tennant, and his genitals. (Full proof here. Not safe for work, obviously, and may come with some even-less-safe-for-work advertising attached.) I think that first viewing had the element of surprise on its side: nowadays, I'm already deeply familiar with the precision of Orton's plotting and his hit rate of one zinger every other line, so it's down to how well the cast can deliver the goods. Early reports accused this particular bunch of actors of overplaying the material, but since the press night they seem to have settled down a bit, and overact it just to the right degree. (Lines like 'my uterine contractions have been bogus for some time' don't really call for subtlety.) The iffy reviews have knocked down audience confidence to the extent that big discounts are widely available on stalls seats, so grab a bargain while you can.

In the meantime, your Simian Substitute Site Of The Month for July 2012 is Funny Monkey Comedy Carnival. It's a comedy club based in Decatur in Georgia, at the Java Monkey cafe. The club doesn't seem to have an official site right now, so I've linked to their YouTube channel: and according to that, the gig on July 4th will mark one year of the club's existence. We've got a birthday in July too - I'll have been doing this crap on the internet for 14 years on July 14th - so birthday greetings to compere Joel Byars and the rest of the people there. If you're in the area, go along and say hi.

If you're not in the area, the comments box is below, and you know what you can do with it.