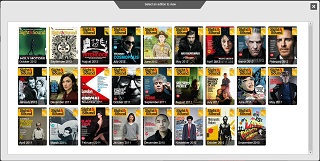 Happily, I found an answer, thanks to Clio's discussion of the vintage adverts to be found inside the pages of the archive. It made me realise an important thing: what makes this collection of old magazines such a fascinating resource isn't just the film criticism and analysis of the time, it's all the other stuff around it.

I still don't have access to the full archive, but I do have the online demo, and even the half dozen issues of S&S in that have some lovely ads buried inside them. Such as the ones I'm displaying below. Click to embiggen in each case. 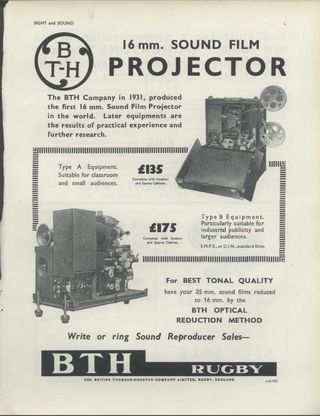 It's 1935, three years after Sight & Sound was first published, and you find yourself wondering: who was it published for? The answer back then would appear to be, the sort of film enthusiasts who are interested in showing films themselves. Hence lots of adverts for the latest in hi-tech projection equipment. 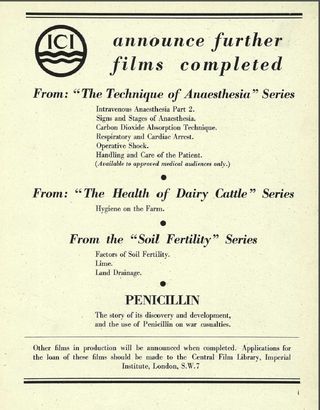 And once you've got your projector, what are you going to show on it? For several decades - the above example comes from 1946 - large British companies took up most of the ad space in the front of the magazine, offering you the chance to hire their promotional films. Liven up your child's birthday party with a movie from the series The Technique Of Anaesthesia! 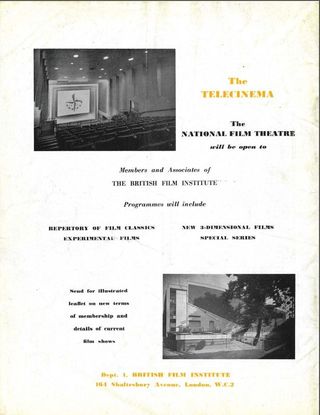 Obviously, Sight & Sound is the BFI's house mag, so you can also find adverts showing how the organisation's developed over the decades. Here's one from 1952 announcing the opening of the National Film Theatre: but it's not the one we all know and love these days. This was its predecessor, which ran for a few years in a temporary building left over from the Festival Of Britain - it subsequently moved to the current location in 1957. 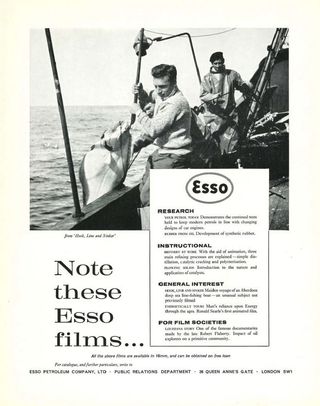 Summer 1960, and they're still trying to flog you corporate promotional films. Mind you, unlike ICI, at least some of Esso's shorts have genuine entertainment value. Here's Ronald Searle's Energetically Yours, as mentioned in the ad above. 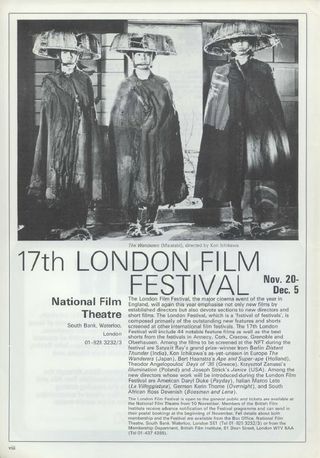 Autumn 1973, and it's London Film Festival time again. As we enter the runup to LFF 2012, with people loudly complaining that big movies like The Master haven't been included in this year's programme, it's fun to look back at 39 years ago and marvel at how obscure the festival selections were in those days. If the BBFC website is to be believed, the film used for the lead image in the above advert - Kon Ichikawa's Matatabi - never had a release in this country outside of the LFF. 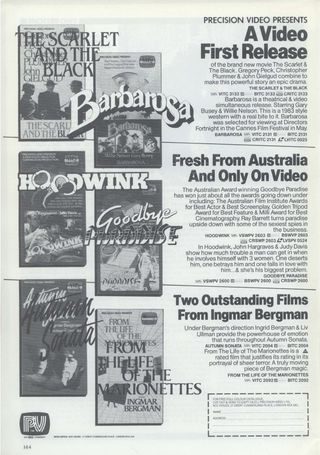 Finally, it's 1983, and look! You can now watch films on your telly! Not those crappy ICI shorts about anaesthetics, but real movies! Choose from VHS, Betamax, Video 2000 or Laserdisc. Choose carefully, though.