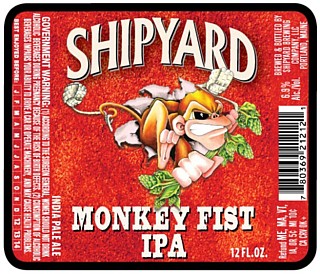 Movies: If a decade or more of reality television has taught us anything, it's this: You Can't Trust The Edit. Audiences are a lot more aware these days of how any sequence of events can be manipulated in the cutting room, and are more likely to spot when they're being led down the garden path. Two theatrically-released documentaries provide contrasting examples of this. Searching For Sugar Man tells the story of 70s singer Rodriguez, who dropped out of the public eye after two flop albums, not realising that he was hugely popular in South Africa. The songs are lovely, but there's no real story there: and as director Malik Bendjelloul mucks around with the chronology and throws in unsubstantiated rumours to try and keep our interest, you start feeling more and more cheated by the film. The same could be said for The Imposter, Bart Layton's film about lost-and-found teenager Nicholas Barclay: but as the title warns you from the start, this is a movie about being cheated. Layton takes the uncertainties of the story and gleefully adds to them with reconstructions, archive footage and an unspecified number of unreliable interviewees. It's the perfect match of form and content, because you're left in as much doubt as the people on screen as to what's true and what isn't.

Theatre: Shakespeare's Globe has been going in its current form for fifteen years now. It could so easily be a cheesy tourist trap, but its productions of Shakespeare - performed using the techniques of his day where possible - are genuinely thrilling things to watch. Right now its original artistic director Mark Rylance is back for one season only, and his Richard III is a typically ballsy performance. Well, what I saw of it was, anyway. The Globe's open-top nature makes for a delightful experience most of the time, but when it's raining like this it's rather unforgiving on those of us who've paid a mere fiver to stand in front of the stage. The Belated Birthday Girl and I had to reluctantly admit defeat shortly after the interval. Happily, there are still a few performances left in the Globe season, so we should be giving it another go soon. If you really wanted to avoid the risk of rain, you could always wait for the production's West End run later this year, although be warned you won't find any places for £5 there.

Travel: I was a bit snotty about the Millennium Dome back when it first opened. Since it became the O2, it's turned into what I'd reluctantly admit is the best arena-sized venue in London, capable of hosting everything from Olympic events to stand-up comedy. And now, thanks to Up At The O2, you're not just limited to the inside of the building for entertainment. They've constructed a walkway with guide lines up one side of the O2 and down the other, and organise regular walks along it to a viewing platform at the top of the building. We did something similar on Sydney Harbour Bridge back in 2003, but that climb was done using existing maintenance walkways: because the O2 climb has had to be built around an existing structure, there are a couple of hairy inclines to go up and down, especially at the start and end of the session. Is the view worth it? Hell, yes. Ignore how silly you look in the protective jumpsuit they make you wear, and book yourself a place.

In the meantime, your Simian Substitute Site Of The Month for September 2012 is Shipyard Monkey Fist IPA. This was one of my discoveries at the Great British Beer Festival, another thing I did in London last month. Part of the Festival's Bieres Sans Frontieres section (a collection of bottled brews from all over the world), it's made by the Shipyard Brewing Company in Portland, and named after a classic seafarer's knot. It wasn't the best beer I drank at this year's Festival - that honour would go to a frankly extraordinary wheat beer from Otley Brewing Company of Pontypridd, wittily called O-Garden - but Monkey Fist was pretty close to being the best.

Coming up on this site in September: content! No, really, I mean it this time (hopefully). Expect two pieces for Mostly Film along with backup material, a report from the Pals on this year's Edinburgh Festival, and that writeup of our Japan holiday that happened last May. (I really need to get that done this month, because October's going to be a busy one, as regular readers will know.) Feel free to berate me on my inadequate workrate in the comments below.