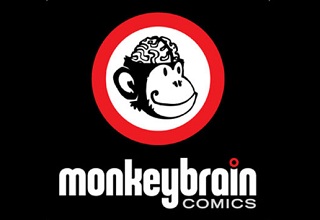 Books: If you don't live in Earth's Capital City, you can safely skip over this item. The rest of you: is there any way we can all get together and have the people behind the relaunch of Time Out put in prison for crimes against London? Last week, the magazine that's been at the heart of London's cultural life for over four decades turned itself into a freesheet. As part of the reorganisation, it ditched virtually all of its listings, and ramped up its advertising and tackiest editorial content exponentially. It's as if they think people buy the magazine because of Alexi Duggins writing for it, rather than despite. Couple that with a distribution strategy that effectively bars anyone who doesn't live or work in Zone 1 from getting hold of the damn thing, and you've got a full-blown disaster on your hands. The move is apparently aimed at getting more readers and more advertising revenue, but eventually advertisers will have to realise that all the new Time Out readers are people who wouldn't even spend £3.25 on a magazine, never mind on anything they might see in an advert. With the destruction of the one reliable source of information regarding what's on in London, TO's publishers have torn the heart out of this city's arts scene, especially the part of it that can't afford expensive display advertising. If they can't bring themselves to put the listings back, then they should just get the hell out of town.

Movies: Obviously the London Film Festival is bearing down upon us at high speed, but there are plenty of other film festivals going on all year round in the city. Right now we're in the middle of Raindance, which is celebrating twenty years of bringing low- and micro-budget movies into the West End. If we're honest, these tend to be the sorts of screenings where friends and family of the cast and crew make up almost the entire audience: so if I'm going to review one of the films shown this year, I'd better be discreet about who I know that worked on it. Black Smoke Rising is made by the people behind last year's Raindance hit Monk3ys, but is a very different animal from the earlier film: here, writer/director Drew Cullingham tells the story of blues guitarist Jonah trying to get over the death of his brother Rafe. A strange codicil in the will sends Jonah off on a road trip, carrying the ashes of Rafe in the passenger seat, looking for clues to his final resting place. It ultimately proves to be a psychological piece on the nature of grief, and Cullingham successfully uses every cinematic trick in the book to put us inside Jonah's head: an intense performance from James Fisher, harshly contrasting monochrome widescreen photography, and world-class sound design oh I've said too much. If you're reading this early in the month and you're in London, you may still be able to catch the film's final Raindance screening on Wednesday October 3rd at 3.30pm.

Travel: I tend to bundle Fun Food-Related Things To Do In London under the catchall banner of Travel, and that's what I'm doing here. Billingsgate Seafood School is attached to the legendary market of the same name, and runs a series of regular classes for the general public on fun things to do with fish. Their Inspire Morning is a delightful introduction to what they do. The hard part is arranging to be at Billingsgate Market for 6.30am on a Saturday morning, so you can join the scrum on the trading floor and pick up a couple of fresh fish for yourself: after that, you can relax with breakfast in one of the market cafes, and then take your fish upstairs to learn how to convert them into something cookable. The basics of knife skills, descaling, and learning which bits to throw away are effectively covered in a speedy 90 minutes, and you get to take your filleted fish home at the end. The courses may seem a little pricey, but they help fund the Seafood School's educational work with local kids, and that can only be a good thing.

In the meantime, your Simian Substitute Site Of The Month for October 2012 is Monkeybrain Comics. I've just spent an entire paragraph whining about Time Out stripping back their print operation to virtually nothing: they keep insisting that full listings are still available on their website, but fail to understand that lists of London-wide information are one of the few places where a hard copy will easily beat a soft copy for usability any day. Does the same apply to comic books? I'm not entirely sure yet, to be honest. I've raved about a couple of webcomics here - FreakAngels and Solomon Stone - but they were both by writers whose work I was already familiar with. I haven't really come to grips with webcomics as a medium in their own right yet.

Maybe Monkeybrain Comics is the site to change my mind. It's a spinoff from Monkeybrain Books, an independent publisher set up by Chris Roberson and Allison Baker in 2001: earlier this year, they decided to branch out into digital comics publishing. They currently have eight titles available, with plenty of sample pages if you want to try before you buy. Once you've decided, they'll link you directly to comiXology and you can download the relevant issue for mere cents.

Sorry for the rather intense London bias in the Month End Processing this month. Feel free to complain about it in the comments below. (Not that I'll have much time to read them - like I said, the London Film Festival's coming soon...)