Reviewed today: The Great Kilapy; Tey; Village At The End Of The World. 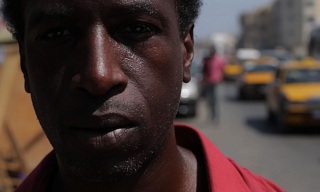 So yesterday I saw Tomorrow, and today I'm seeing a film whose Senegalese title translates to Today. As The Belated Birthday Girl points out, it would have been better if I'd noticed this yesterday. But I digress.

In an opening title card we barely have time to register, we're told that in a particular small Senegal town, people get exactly one day's notice of when they're going to die. This isn't creepy or sinister or anything: it's just the way things are. So Satché (Saul Williams) isn't particularly freaked out when he wakes up one morning to find his friends and family gathered in the house, and is told that the next time he goes to bed he won't be getting up again. With one day left on earth, Satché has things to do - he visits an ex, catches up with friends and family, and turns up late for a party at the town hall being held in his honour. Mostly he just strolls around town, taking it all in for one last time.

It takes a little while to realise that director Alain Gomis hasn't made your traditional Bucket List movie, where the protagonist realises how little time they have left and tries to cram in everything. Satché's approach is a lot more contemplative, and a lot more internalised. This means that Tey potters along at its own measured pace, one that it took me some time to get used to. Yes, that is a euphemism for 'I dropped off once or twice about a third of the way through,' since you ask. After the strangeness of the premise has worn off, there's a long stretch of the film where the viewer may get a little frustrated at not really knowing what Satché is trying to do.

But once you've slowed your metabolism down to Tey's pace, it becomes a touching meditation on the important things in life, paradoxically becoming more gripping as less and less starts to happen. And the main reason for this is the brooding performance by Saul Williams as Satché. He doesn't say much for large portions of the film, which is ironic given that he started out life as a performance poet. I raved about his first leading role in Slam back in 1998, and as in that movie he's got a quality about him that makes him utterly riveting to watch, dialogue or no dialogue. He hasn't acted in that many films: he really should do more. 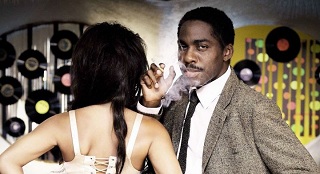 Zézé Gamboa's film tells of the legend of Joãozinho (Lázaro Ramos), a young man from the Portuguese colony of Angola, who begins the film in the early sixties as an engineering student in Lisbon. The status of the colony is the cause of much heated debate, as well as more violent action, but Joãozinho doesn't care about that: he's more interested with sleeping with as many white girls as possible. Unfortunately, he realises too late that this could also be interpreted as a political act, and his choice of associates gets him deported back to Angola. The assumption is that he'll mend his ways back home - but of course he doesn't, and now his natural sense of mischief has an anti-authority edge to it.

I had a few problems with the Brazilian film Reis e Ratos - the main one being that I couldn't understand a word of it - but even after doing some research, I found it difficult to reconcile the political intrigue with the light comedy that had been layered on top. And I think that The Great Kilapy has a similar problem with balance. The entertaining music, bright colours, sexy romping and undeniably charismatic lead performance by Lázaro Ramos sit uneasily alongside the police brutality and overt racism. Scene by scene it definitely has quite a few enjoyable bits, but they don't mesh properly into a coherent whole - although I'm prepared to admit that someone more intimately acquainted with the history of Angola may see it differently.

There's one other minor problem I have, and it's with the title The Great Kilapy. A kilapy is a swizz or a swindle as any fule kno: if you're going to name your film after one, you need to make sure that it's pretty damn great. Unfortunately, Joãozinho's plan for financing his adventures back in Angola is a curiously mundane one. But given the framing put around his story (based on a real person), maybe the point is that some legends grow in the retelling. 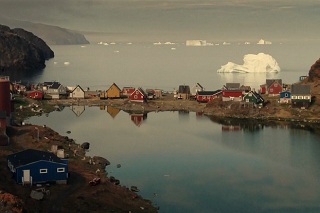 8.30pm: Village At The End Of The World [official site]

Not to be confused with Encounters At The End Of The World, obviously. Werner Herzog's 2007 documentary went to Antarctica, and met some of the people doing research at the southernmost part of the planet. But Sarah Gavron's new film goes in the opposite direction, heading north to Greenland. Whereas Herzog did his usual thing of finding a few photogenic eccentrics and concentrating on them, Gavron is more interested in painting a picture of an entire community. Just a small one, mind - the Northern Greenland village of Niaqornat, which has a population of 59.

Over a year and a bit, we follow the people of Niaqornat as they go through the changing of the seasons: from the height of summer when supply ships can still get through to them, to the permanent darkness of winter when morale tends to be at a low (though not as low as you may expect). With the fish factory closed down, there's little work around, and teenagers like Lars are already making plans to leave when they grow up, thus reducing the population even further. As many other villages of a similar size are being forced out of existence, the Niaquorat villagers need to come up with ways to finance themselves.

Village is a terrifically constructed documentary. It's obvious that the filmmakers and the villagers got on from the start, and the access given to Gavron and her crew is second to none. The result is primarily a document of a way of life driven entirely by the whims of nature - how thickly the ice freezes, how long the dark season lasts, how many tasty endangered species allow themselves to be caught by the hunters - and cinematographer David Katznelson makes the most of the natural beauty on display. But we also get to meet many of the 59 inhabitants of the village, making it a study of several wonderful and contrasting characters: from sewage collector Ilanngauq who came to the village as the result of online dating, to Lars and his dreams of moving to New York.

Gavron makes an announcement at the start of this screening that the film's been picked up for UK cinema distribution by Dogwoof. This is only to be expected: it's precisely the sort of socially aware documentary that they specialise in nowadays. With luck, it'll be a major success, and will give Lars all the extra Facebook friends he's been hoping for. (I don't do that shit myself, but feel free to friend him if you like, just to give him a bit of a giggle.)