You're The Best Thing About Christmas

Yes, I mean you. Season's Greetings from Spank The Monkey and The Belated Birthday Girl, with special thanks to Right Said Fred and Mr Weebl.

Continue reading "You're The Best Thing About Christmas" » 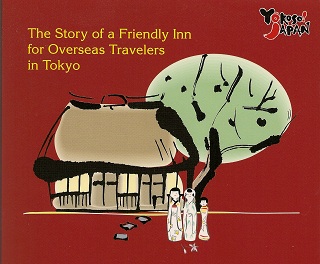 You should know by now how The Belated Birthday Girl and I roll: we arrive at a town, stay in a hotel for a couple of days, and then whizz off to the next place before we get too settled. This year, however, we have a complication. Our list of things to do in Tokyo requires us to be there for over a week, but the first hotel we stayed in could only take us for two nights. (The Dai-Ichi Ryogoku's rooms with a Sky Tree view suddenly became scarce once the Sky Tree opened.)

Which is why our second hotel of the trip, the Ryokan Sawanoya, is our base for an unusually long seven night stay. Not that this is in any way a problem – it's a terrific guesthouse, for several reasons. And I don’t even need to explain those reasons to you: the hotel’s owner has already done that in his book. 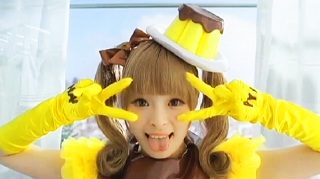 As we head into the final two weeks of 2012, the good people at Europe's Best Website are winding down for the festive season. Meanwhile, over on this site, the workrate appears to be going in the opposite direction, as I try to catch up with articles I should have been writing over the summer. This spot here is where the two overlap, inevitably.

Mostly Film has been showcasing its highlights of the year recently, with articles on theatre, small screen entertainment and the Dredd movie. My contribution was published yesterday, in which I explained why Pamyu Pamyu Revolution by Kyary Pamyu Pamyu was the finest record released in 2012. Don't worry, staring at me like you've never heard of it before is a perfectly acceptable response: it was only ever properly released in Japan. (Although one thing I've learned from the comments in the article is that you can download it from Amazon UK for £7.49, rather than the twenty-odd quid that a Japanese physical copy would set you back. See links at bottom of page for proof.)

The article is a brief introduction to my history with J-Pop (some of the details may be familiar to regular readers), followed by an analysis of what makes Pamyu Pamyu Revolution so terrific. If you're not in the mood for reading, though, you could make do with this backup feature here, which contains over 70 minutes of relevant video clips. 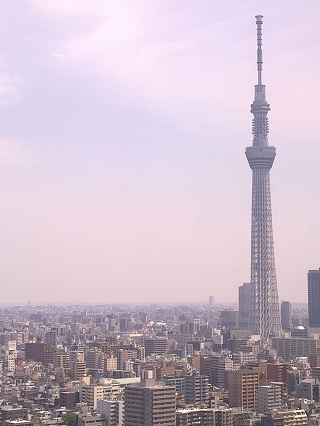 And as predicted, here we are. Or, more accurately, there we were. What with one thing and another - mainly an unpredictable work schedule, plus the usual chaos of the London Film Festival - it's taken nearly seven months to assemble this writeup of our 2012 trip to Japan. But finally, here it is.

Over the course of four posts (not counting the other two you may have already read) you'll hear about what The Belated Birthday Girl and I got up to in late May and early June of this year. As you'll see, Tokyo plays a large part in our adventures, but it wasn't the only part of the country we visited.

Continue reading "Living For The Weekend: A 2013 Diary By The BBG" » 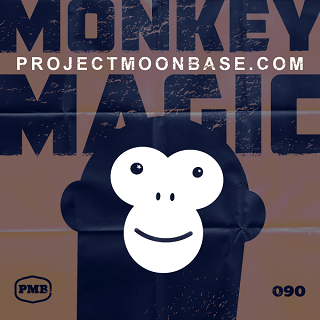 Books: What an appalling travel writer I am. Seriously. Six months after we went to Japan, I still haven't managed to post a full writeup of the highlights on here (though I've at least managed to crack a first draft, and you should see the final thing over the next few weeks). Even a lazy sod like Karl Pilkington has managed to write two whole books about his travels. The Further Adventures Of An Idiot Abroad is the most recent one, and it's effectively the novelisation of his second TV series (with a curiously brief postscript covering series 3, which has just started on Sky One). I've never been entirely sure about An Idiot Abroad: Pilkington works beautifully in the context of The Ricky Gervais Show, where it's obvious that it's as much about him winding up Merchant and Gervais as the other way round. Put his character in the middle of real people - foreign real people, at that - and his misanthropy becomes that little bit more uncomfortable. But his schtick translates terrifically into a lavishly illustrated book like this one (Freddie Claire's lovely photos may not make it into the paperback edition, so get the hardback while you can). It's always clear that he's the butt of the joke, and it's delightful to catch those rare occasions when he turns out to enjoy something, even if it's just the slow pace of a Japanese tea ceremony: "I liked the way we didn't speak the same language and were from different parts of the world but tea brought us together. I left before they washed up though 'cos Christ knows how long that takes them."

Movies: As I mentioned in my wrapup of LFF 2012, this was one of those rare festivals when I didn't catch any of the music-based films, mainly down to the struggle to fit sixteen days worth of movies into a twelve day schedule. And the one I was most annoyed at missing was Good Vibrations, Lisa Barros D'Sa and Glenn Leyburn's retelling of the life of Belfast punk rock legend Terri Hooley. Thankfully, it recently had another London screening as part of the Irish Film Festival London, in advance of a proper release in March 2013. The film does a terrific job of capturing the knife-edge feel of Belfast in the seventies, with the entire city divided, and anyone who avoids taking a side finding themselves on the least popular side of all. Richard Dormer pulls off miracles in the role of Terri Hooley, the music fan whose Good Vibrations record shop and label became the public face of Northern Irish punk, particularly when he released John Peel's favourite record of all time. In a terrific balancing act, he's never entirely sympathetic, but you never stop wanting him to succeed anyway. The supporting cast is equally fine, including yet another one of those occasions when I've marvelled at a lead actress' work and only realised at the end that it's Jodie Whittaker again. The music is terrific, obviously, and its energy level transfers to the film as a whole. It's just a shame they didn't have any time to namecheck Good Vibrations recording artistes Cruella de Ville, though.

Music: Neil Hannon, lead genius of The Divine Comedy, had his 42nd birthday on November 7th. This information was made widely available when tickets went on sale for his November 7th gig at the Royal Festival Hall, but I don't think I'd appreciated just how much of a birthday present to himself it would turn out to be. With a crowd already made frivolous by the handing out of free party hats and blowers, he ran through a selection of the old favourites with the help of a couple of special guests, Alison Moyet being the most spectacular. And then, halfway through the gig, he suddenly unveiled a string quartet and announced that he was going to perform the whole of Promenade, the 1994 album that was my introduction to The Divine Comedy. It was lovely to hear these songs again (some of them have hardly ever been done live before), but it has to be said that Promenade is the work of a precocious 24-year-old who has complete self-confidence in what he's doing, and the older Hannon can't quite reach the heights required to make some of its more self-indulgent sections work. Still, what better time than your birthday to be self-indulgent? Many happy returns, Mr Hannon. Now write some new stuff. We're waiting.