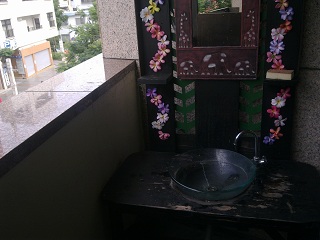 Compare and contrast. It’s literally a few seconds before we leave Tokyo: we’re on a JAL plane and it’s just pulling out onto the runway. And as we look out of the window, we can see a small collection of JAL staff standing on the tarmac waving us goodbye. Isn’t that lovely?

A couple of hours later, we’ve landed at Naha Airport, on the island of Okinawa. We’re just about ready for something to eat, so we go to the first airport restaurant we see after the arrival gate. We stand at the door waiting to be seated. Eventually someone comes out, points at a less interesting restaurant on the other side of the concourse, and walks away again. I don’t speak the language, but I get the distinct impression that within five minutes of our arrival in Okinawa, we’ve been told to fuck off. This may not be a promising start. 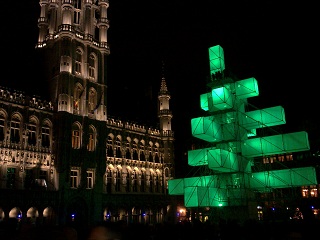 Those of you who've been cyberstalking The Belated Birthday Girl and me via this site will be aware that after a short run of Christmasses spent in exotic locations, we stayed at home for the ones in 2010 and 2011. Partly as a cost-cutting measure, partly to see if we could do it without going totally mental. It was a success on both counts, but for 2012 we thought it was time to let someone else cook Christmas dinner for us again.

Brussels has been on the cards as a possible destination for a while now: when we passed through its Christmas market at high speed in 2007 and 2008, it made us keen to spend a bit more time there. In the planning, this expanded into an eight-night, four-city tour of Brussels, Bruges, Antwerp and Ghent. Today on Mostly Film, you can read about part of what we did in Monoglot Movie Club: Stupid Sexy Flanders, the latest chapter in my ongoing experiment to bamboozle myself with unsubtitled foreign movies. But if you want to find out about the bits of our holiday that weren't spent in the Actor's Studio, UGC De Brouckère or Lumière, then you'll find those right here. 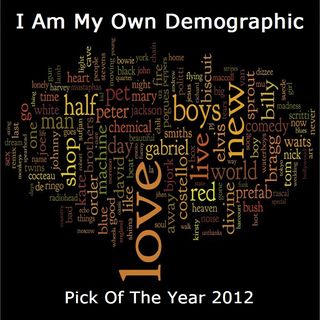 I have two C60 cassettes in front of me right now. Recorded between December 14th and 16th 1982, together they form the first end-of-year compilation I ever made, and they're now thirty years old. If you're very unlucky, one of these days I may get around to telling you what's on them.

For the cover design of my 30th anniversary CD, I Am My Own Demographic, I created a Wordle from the track listing of every compilation I've made between 1982 and 2012. It gives you a fair idea of the artists and themes that turn up regularly, and also suggests that at heart I'm a great big soppy bastard.

How do those keywords relate to this collection of my favourite songs of 2012? Well, you're about to find out. And if you're very lucky, you may get to win a copy of the CD for yourself. (But if you're reading this after March 1st 2013, you've missed your chance. Sorry.)

Continue reading "I Am My Own Demographic: Pick Of The Year 2012" » 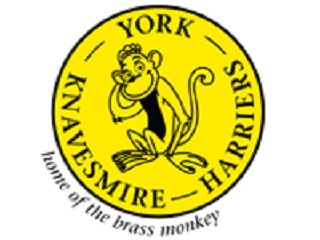 Movies: Around the time of VidBinge 2008 - remember those? - I expressed a fondness for Martin McDonagh's film In Bruges. It's a film I probably need to revisit soon, and followers of my Twatfeed may be able to guess why. But you do find yourself having to justify your liking of the film to people, citing McDonagh's theatrical background as justification for the plot having more interest in structure than in the sorts of things that real people might do. It has to be said that his followup Seven Psychopaths is even more crippled by this failing, and it comes as no surprise to learn that it's based on a pre-Bruges script that's been rescued from a bottom drawer and tidied up a little. The tidying up process stretches as far as a wee post-modern reference to the way all the female characters are massively underwritten: it doesn't, however, go as far as removing a line where someone introduces the final shootout in dialogue, which was subsequently recycled in Bruges. Psychopaths has its moments - most of them down to Christopher Walken's performance - but not enough of them to make it entirely enjoyable. Let's see what McDonagh's proper second movie script looks like before judging him.

Music: Here's a terrifying thing to report: a few weeks ago, I had to make the accommodation booking so that Spank's Pals have somewhere to sleep during the 2013 Edinburgh Festival. That's nine months in advance! New human beings are constructed from scratch in less time than that. It'll be my first Edinburgh since 2011, when I proclaimed that The North Sea Scrolls was my favourite show on that year's Fringe. It's been a slow journey since then, but finally Luke Haines, Cathal Coughlan and Andrew Mueller have exposed their alternative history of Britain to a wider audience, via a national tour (which you've missed) and a CD release (which is still out there - go for the limited double-disc edition, featuring Mueller's essential narration). The show's undergone some changes since the Edinburgh run, most notably in the now-deleted sequence involving Jimmy Savile's state funeral, which was a much funnier idea back in August 2011 when Savile was a) not dead and b) not the most hated man in the country. But all the other flights of fancy and cracking songs are still there, and still delightful. Will the Scrolls be represented on my Pick Of The Year 2012 CD? You'll find out imminently. (But the short answer is yes, obviously.)

Theatre: Well, it looks like we missed out on that 21/12/2012 apocalypse predicted by the Mayans. (We also missed out on the 22/12/2012 apocalypse predicted by Grant Morrison in The Invisibles, but that one might just have been a typo.) Robin Ince and Brian Cox put together a show to mark the December 21st date, along the lines of their rationalist Christmas extravaganzas Nine Lessons And Carols For Godless People. By comparison, The End Of The World was a more science-heavy affair, as comedians and scientists got together to summarise humankind's achievements on its final night of existence. There were plenty of comic highlights, from Stewart Lee channelling a disappointed Mayan death god to Dara O'Briain giving the disaster movie 2012 one last kicking. But the best bit of all was pure science: Adam Rutherford edited together footage from all 135 Space Shuttle missions, and asked the band 65daysofstatic to provide a soundtrack that mirrored the sheer fucking awe of what we pulled off as a species during those three decades. Yes, as you can see, the video's been available on the internet for the last year and a half. But at the Hammersmith Apollo, with the band playing that soundtrack live at maximum volume, those eight minutes were the most exhilarating I spent in a theatre all year.