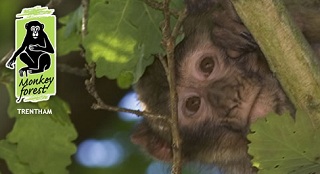 Books: For some reason, I tend to buy a lot of rock star autobiographies in airport bookshops. A couple of years ago, it was Keith Richards' memoir Life: this month, it was Pete Townshend's Who I Am, currently in that weird publishing stage of the Airport Only Paperback. (Where was I flying to? Oh, you'll find out.) Whereas Life was the work of a craftsman keen to reveal some of the practical tricks of his trade (ever counted the number of strings on Keef's guitar?), all too often Townshend falls back on mystical new age bollocks when he's trying to explain how he does what he does. He's also a shameless name dropper: from early praise of his childhood drawings from the creator of Fred Basset, to the casual mention that Sir William Walton complimented him on the harmony work on I Can See For Miles. Still, I'm four-fifths of the way through it so far, and it's an entertaining read whenever Pete stops focussing inward and delves into his rich collection of anecdotes about life with The Who. I haven't as yet reached the chapter where he discusses the bit of research that got him into trouble, but there's plenty of foreshadowing to suggest he's not going to gloss over that.

Internet: Back in the seventies, the Scots had Connolly, the Welsh had Boyce and the Brummies had Carrott. But in Manchester we had Mike Harding, and during my teenage years I was convinced he was the best of them. Up until the end of 2012, Harding had largely withdrawn from the gig circuit and was hosting the weekly folk music show on Radio 2. And then the Beeb abruptly dumped him for a younger presenter. Not that I have anything against Mark Radcliffe, mind (another Manc legend), but he just doesn't have the decades of experience with the music that Harding does. Magnificently, within a couple of weeks of his sacking, he'd set up The Mike Harding Folk Show, a weekly podcast sent out over the internet from his garden shed. It's a wonderfully eclectic mixture of musical styles, not afraid to bend the definition of 'folk' when it needs to, and quite obviously the work of an enthusiast who's happy to do this for (currently) no money whatsoever. I never used to listen to the Radio 2 show at all, but I'm devouring these podcasts as fast as Harding can pump them out, and you should do the same.

Music: Here's a curious thing. In order to get podcasts of The Mike Harding Folk Show that I could download to my phone, I had to sign up for iTunes. This was something I've been trying to avoid doing for years - in fact, within hours of my downloading the software, HMV announced that it was going into administration, as if indicating that I had become Part Of The Problem. I suspected that iTunes might result in some sort of change to my music buying habits, but I never expected this one: I've rediscovered the pop single. In the first month of 2013 alone, at least five cracking singles have been released. David Bowie's Where Are We Now? is a beautiful piece of work (I've always had a soft spot for Bowie's slowies), and it's fascinating to see people arguing over whether its frailty is a sign of old age or top quality voice acting. Dizzee Rascal's Bassline Junkie combines danceability and swearing in just the right amounts, and even if his social comment these days has deteriorated to the level of "loud music is better than drugs", at least it's something. Pulp's After You may just be an old track scrubbed up to promote some reunion gigs, but it's a fine reminder of how much Jarvis is elevated with a great band behind him. Kyary Pamyu Pamyu's Furisodeshon - released globally, as if to prove those theories of world domination I was putting forward just a month ago - celebrates her 20th birthday with a video where she gets drunk and throws up at the end. And The Lonely Island come storming back with a song that gives internet meme YOLO the kicking it deserves. That's potentially a quarter of my Pick Of The Year 2013 CD filled already, and it's only just February...

In the meantime, your Simian Substitute Site for February 2013 is Trentham Monkey Forest in darkest Staffordshire. It's weird, because as a kid I visited Trentham Gardens on a couple of school trips, and I'm pretty sure they didn't have monkeys there back then. Nowadays, they have 140 Barbary macaques roaming a 60 acre forest. And they've got a special treat coming up for Valentine's Day! What could be more romantic than a champagne breakfast with your loved one in the middle of a monkey enclosure? Answers in the comment box below, I guess. (Note to The Belated Birthday Girl: this is not intended to be some sort of hint.)

(P.S. No time to give it a proper mention here right now, but I've got a new Mostly Film article up today about Once Upon A Time In Japan, a touring season of Japanese movies that's just opened. Full red button content to follow early next week.)

Wow that is the same Trentham Gardens I stumbled through near the end of the 1989 Potteries Marathon (officially the hottest day in the history of the world).