Home Archives/Categories About Me RSS Feed Mailing List Email
Easter Parade 2013
Simian Substitute Site For May 2013: How To Prevent Or Survive A Monkey Attack 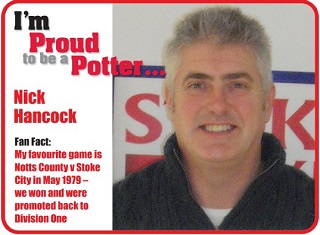 Somewhere in my house, there's a copy of the programme for the 1991-ish West End production of An Evening With Gary Lineker, a play by Arthur Smith and Chris England. If I could be bothered trying to track it down from inside a collection of cardboard boxes, I could quote you the exact text from the biography of cast member Nick Hancock. Instead, I'll have to do it approximately from memory: "his television appearances include the roles of Cockney In Dressing Gown in The Bill and Cockney On Fire in London's Burning." It's a line that's stuck with me for over two decades now, because it has a degree of wry truth to it: these are exactly the sort of TV parts that actors have to take while they're waiting for something brilliant to come along.

In my latest article for Mostly Film - a review of the final season of Spartacus, entitled Friends, Romans, Juno's Countrymen - I mention another English actor, Simon Merrells. His CV was largely made up of appearances in soaps and the like, until this year he took on the role of lead baddie in Spartacus: War Of The Damned and tore the living arse out of it. His 'something brilliant' came along, and he grabbed the opportunity when he saw it. Good for him.

Most of the acting talent pool on Spartacus comes from Australia. So if English actors have to mark time in The Bill while waiting for their big break, what are the equivalent shows for an Aussie actor? Find out in this Red Button Feature, and specifically in the YouTube playlist below.

Here are some vintage performance clips from the Spartacus cast in the days before they joined the show. Obviously, I can only use videos that have already been uploaded by Australian fans: and in a perfect example of confirmation bias, most of those clips involve the actors with their shirts off, because that's what your average Spartacus viewer expects from these guys. The YouTube predictive search function is now totally convinced that I'm gay: see if it reacts the same way to you once you've watched this lot.

1. Liam McIntyre in Anniversary. Spartacus himself in the odd one out from this playlist: a goofy little comedy short rather than a TV show.

2. Manu Bennett in Paradise Beach. That's more like what you were expecting, isn't it? Crixus The Undefeated Gaul, from two decades ago when he was beach hunk Kirk Barsby.

3. Dustin Clare in McLeod's Daughters. One of the great Australian dramas, here featuring Gannicus showing an unusual reluctance to get his kit off.

4. Dan Feuerriegel in Home And Away. Here's one that we all know, with a clip including Agron wearing a suit and being all heterosexual for a change.

5. Todd Lasance in Home And Away. Before you ask, yes, some of the cast have done time in Neighbours as well (including Liam McIntyre), but clips from that are harder to track down on YouTube. Anyhoo, here's Caesar.

6. Christian Antidormi in As The Bell Rings. The boy Tiberius, playing Vince in the Australian version of Disney's school comedy. Hopefully he's less rapey in this one.

7. Andy Whitfield in The Strip. To finish off, the late former inhabitant of Spartacus' lead role, popping up here and there throughout the fourth act of this cop show. Wasn't he tiny?