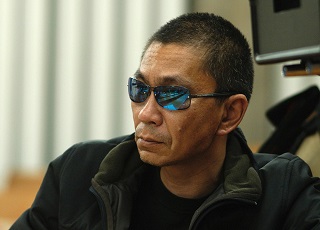 Here's how it could have worked out. To back up my latest article for Mostly Film in which I review For Love's Sake, I could have picked up on a detail that quite a few other reviews have skipped over: that the songs in Takashi Miike's musical are all old ones, Japanese pop hits from the sixties and seventies that have been shoehorned into the narrative. And I could have taken the time to track down each individual song as performed in the film, and matched it against a video of the original. So, for example, we could see how the song introducing lead baddie Ken is actually the theme tune to a 1960s cartoon called Wolf Boy Ken. And so on.

But I'm lazy, so here's how it's actually going to work out. I'm going to pick a chronological selection of trailers and clips from Takashi Miike's epic career, and you're going to watch them. Deal? Deal. (I've also included links to previous reviews of his work from this site.) 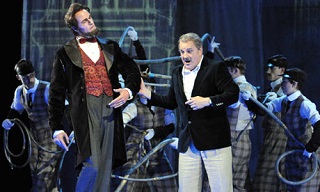 The site was always called Mostly Film because we wanted to be able to cover a variety of subjects, not just the movies. So there's nothing particularly odd about my latest piece there being a review of an opera - especially an opera whose subject is the life of one of the icons of American cinema.

Philip Glass' The Perfect American had its UK premiere at the Coliseum on Saturday June 1st: my task was to have a review of it ready for publication on Monday June 3rd, and I'm pleased to say I managed to pull it off. It meant that my review came out roughly the same time as the Fleet Street ones, and it's interesting to see how mixed the notices are: it's generally accepted that there are problems, but there seems to be little agreement about what those problems are.

Anyway, has all this made you at least a little interested in Philip Glass' earlier operas, the Portrait Trilogy that originally made his name in the world's opera houses? Well, as usual, I'm taking this excuse to back up my Mostly Film article with some Red Button content featuring clips from them, plus some other related bits and pieces. (I'm not entirely sure how legitimate some of these clips are, so don't blame me if they're not there any more when you go to have a look.) 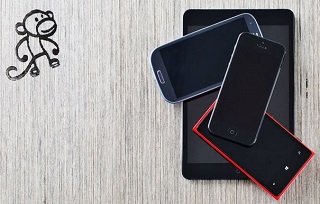 MONTH END PROCESSING FOR MAY 2013

Art: "What's outsider art?" asked The BBG when we passed the poster for the current exhibition at the Wellcome Collection in London. And the best response I could come up with was "um, you know, mentals." Which may be a terrible thing to say, but it presumably explains the interest of a museum that looks at "the connections between medicine, life and art." Souzou: Outsider Art From Japan runs until the end of June, and shows work from 46 artists resident in a number of different institutions. There's an astonishing mix of styles on offer, from Shota Katsube's epic army of twist-tie soldiers to to Daisuke Kibushi's loving recreations of old movie posters.There's no single reason why these people make art, and a nice collection of video interviews (also available on the website) shows them at work explaining how it helps them. And it's all free! You've only got a month left, so don't miss it.

Movies: You know me, I'm a fan of animation. I thought I knew the sort of thing Don Hertzfeldt did, thanks to his notorious Oscar-nominated short Rejected. But then I saw his first feature, and realised I didn't know him at all. It's Such A Beautiful Day takes a simple stickman figure, and over three chapters (originally released as individual shorts over a period of several years) proceeds to turn his life into one gigantic existential crisis. But it's done in a heartfelt, humanistic and beautiful fashion that so-called serious, 'proper' filmmakers can only dream of (yeah, looking at you, Malick). At the moment, it just might be the best film I've seen so far this year. Its theatrical run is over now, but you can buy it on DVD direct from Hertzfeldt, or watch it online for a couple of bucks.

Telly: Why the hell has nobody told me about Archer before now? Okay, it's possible that they may have mentioned it but I wasn't listening. Frankly, that isn't good enough. Basically, after I'd finished ploughing through House Of Cards on Netflix, they suggested I should give Archer a try, and dammit they were right. You could think of it as a ruder animated version of Get Smart - the adventures of a dim spy and the colleagues that hate making him look good - but that doesn't even begin to describe the apocalyptic gag rate that it hits in its best episodes. I'm still roaring from the scene where the boss of Archer's organisation - his mum, but that's another story - interrupts a meeting about staff pay cuts to take a call from her furrier. "Unbelievable!" says Archer. "We have to cut back, but you're buying new horseshoes!" DVDs are currently available, it apparently plays on Fox UK now and again, and Netflix has three whole seasons to explore, so you don't have the same excuse that I had any more.