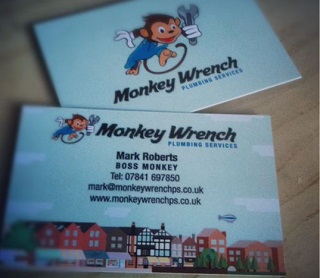 Art: David Bowie Is... massively overcrowded, if you ask me. The V&A's exhibition of Bowie's personal archives was always going to be a popular affair - but after that day in January when he suddenly released his first new music in a decade, interest inevitably went through the roof. So it doesn't help that when you enter the exhibition, the first couple of tiny rooms act as a hugely frustrating bottleneck, making you wonder if it's worth carrying on. Stick with it: after that badly-designed opening (notable only for this exquisite clip), the display spaces get bigger, and there's a huge amount of material to wade through, fascinating for everyone from the casual Bowie fan to the total obsessive. All advance tickets for the show are now sold out, and you'll have to queue on the day to have any chance of getting in before it closes on August 11th. Alternatively, there's a one-night-only live broadcast of the show, David Bowie is happening now, coming to a cinema near you on August 13th.

Books: I haven't had a regular nine-to-five job-type job for several years now, having traded it in for a discombobulating mixture of working from home and travelling the universe. If there's one thing I miss about not having a predictable commuting schedule, it's reading: I only really tend to get stuck into a book when I'm on a plane or sitting alone in faraway hotel restaurants. Which makes it apt that one of my most recent purchases from an airport bookshop was Cockpit Confidential by Patrick Smith. It's based on the long-running Salon column Ask The Pilot, in which Smith answered readers' questions on all aspects of commercial air travel. The tone is pitched perfectly: Smith sounds like the sort of pilot you'd get chatting to at a party, and after a while he'd lower his voice and tell you what really goes on. Entertaining when it comes to the everyday niggles of travelling by plane, and reassuring when it comes to the safety risks, he even answers a question I heard someone ask on the very flight I was reading it on: what's that noise that Airbus A320s make during takeoff and landing, that sounds like someone taking a hacksaw to the landing gear? (Short answer: it's the power transfer unit cycling power between the engines.)

Internet: In case you hadn't found out by other means, I had a new piece published on Mostly Film last Friday. Monoglot Movie Club: A Poor Second To Belgium is the latest in my series of uninformed reviews of foreign cinema, this time looking at a couple of films from Finland. I would normally tell you about this here in some sort of backup piece featuring travel tips for the country in question, but I haven't quite got around to writing it yet. Give me a day or two and it should be up here then. Kiitos.

Music: The story so far. Last May, while on a Tokyo subway platform, I saw this poster. Back in our hotel room, I followed the URL at the bottom of the poster and did some research. Within 24 hours, I was the proud owner of Kyary Pamyu Pamyu's just-released debut album: within seven months, I was telling anyone who'd listen that it was my favourite record of 2012. Thanks to some highly viral YouTube clips and a world tour, Kyary's become one of the few Japanese pop stars with a shot at global recognition: which is presumably why her second album, Nanda Collection, was released worldwide last week, and can be purchased as a download in the UK for a mere four quid. Fans may see this more as a stopgap Hatful Of Hollow-style compilation than a full-blown album - after all, it includes five previously released single tracks, plus at least three more that have been all over Japanese telly in adverts. But it's still a fun collection of super-catchy songs, given much more subtle production than they deserve - listening on an MP3 player, then on a proper stereo, it sounds like two completely different albums.

In the meantime, your Simian Substitute Site for July 2013 is Monkey Wrench Plumbing Services, providing (it says here) "honest and effective plumbing and gas services for homeowners, businesses and landlords across South Manchester and North Cheshire." Obviously, I've chosen them partly for the name, and partly for their proximity to my home town, which you should be hearing more about later this month. Their nifty-looking website has just been given a bit of a makeover by design consultancy Life, who've written a blog about the branding issues involved in trying to combine the concepts of plumbing and monkeys.

Meanwhile, you may have noticed that this site has also been smacked about a bit with spanners over the last week or so, in preparation for its - gulp - fifteenth birthday on July 14th. The sidebar and header have been tweaked to make room for Twitter's ludicrously oversized new widget, and I've finally decided to lock out the spammers with Captcha verification. (I'm ashamed to admit that I've literally only just found out what Captcha stands for.) Apologies for the inconvenience that this may cause any legitimate commenters. Actually, I could probably target that last sentence more accurately with a postcard.

Birthday wishes, comments etc are welcomed below, despite everything.