A Londoner Rich With Complaint: Pick Of The Year 1988 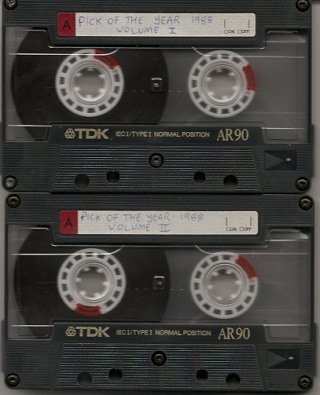 Aciiiiiiiiid! Aciiiiiiiiiiid! It's 1988, the Second Summer Of Love. I'm in that sweet spot slap bang in the middle of my twenties, perfectly positioned in London, The Capital Of Earth, and ready to take part in what's going to become the biggest social movement of my generation.

Except I don't. Though from the evidence of previous years, that shouldn't come as too much of a surprise. Back then, I tended to like the theory of dancing more than the actual practice. Also, house music didn't really interest me all that much. There's a wonky, but nevertheless visible line, that can be drawn between my teenage obsession with Pink Floyd and my twenties love of hip-hop - in both cases, it was the sonic experimentation that attracted me, whether it was done with synthesisers or turntables. With house records, once you'd heard one 808/303 combo, it struck me that you'd pretty much heard them all.

So my list of favourite records of 1988 (which include some CDs - this was the year I bought my first player) is pretty light on dancefloor fillers, with one or two exceptions. For the most part, it's indie rock with a smattering of hip-hop, like the good little NME reader I was at the time. It was a similar story when it came to live shows: return visits to old favourites like the Pogues and Billy Bragg, mixed with a couple of stadium gigs from the likes of Pink Floyd, Alice Cooper and Prince. I may have thought of myself as politically radical at the time, but musically I was shockingly small c conservative.

I'm fifty years old today, and I've decided to spend part of my birthday listening to the records I liked exactly half a lifetime ago. Join me.

Continue reading "A Londoner Rich With Complaint: Pick Of The Year 1988" »

Reviewed today: Brendon Burns & Colt Cabana, Bridget Christie: A Bic For Her, Devon Sproule, I’m With The Band, We Will Be Free!, Zapp And Dembina: Comedy After Lunch. 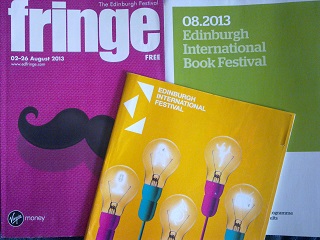