Home Archives/Categories About Me RSS Feed Mailing List Email
Put It On 8-Track, Put It On Cassette: Pick Of The Year 1987
MOSTLY FILM: Scalarama 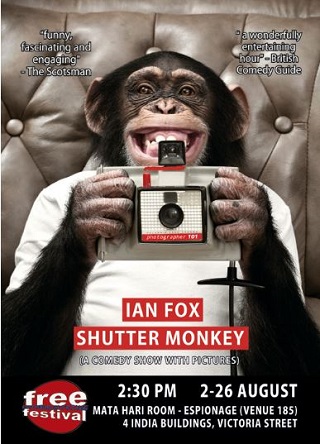 Movies: Black and white! It's the new black, or something. Every so often there's a sudden resurgence of interest in monochrome filmmaking, to the extent that two new releases in the format appeared in cinemas last month. Frances Ha is probably the more high-profile of the two, purely by nature of its being American (though it really, really wants to be a French nouvelle vague film from the sixties). It's mainly notable for managing to sustain a certain level of goofy charm, despite all its New York bohemian characters being hateful subhuman filth. Blancanieves (getting a speedy release on DVD this month) comes from Spain, but its intertitles have all been converted to English so there's no real excuse to avoid it. Yes, intertitles - it's a silent film, taking the story of Snow White and making her a bullfighter's daughter. Inevitably, comparisons will be made with The Artist, but for my money Blancanieves is much better, because it's not simply coasting on a gimmick like the former film - it's got a moving story to tell, and uses techniques both ancient and modern to tell it.

Music: A couple of small-scale London gigs to report on this month. First up, cricket pop legends The Duckworth Lewis Method played at a function room inside Lord's cricket ground, which would be a perfect location if it wasn't for the fact that you couldn't actually tell you were in Lord's while you were there. No matter: Neil Hannon and Thomas Walsh told their tales of googlies both actual and metaphorical to a satisfyingly intimate audience. Not as queasily intimate as Kate Miller-Heidke's gig a few days later, though, performed in a tiny sweatbox at the back of Islington pub The Islington. Kate and her bloke Keir Nuttall did a splendid run through a selection of their back catalogue, with a few bonus songs from Nuttall in his opening act guise as uberAussie Franky Walnut. Best of all, a silly drunk thing I tweeted after the gig was subsequently commented on by both of them.

Telly: Everyone keeps telling me that Parks And Recreation is a slow burner, and I believe them. I'm currently halfway through the second season (recently completed on BBC Four), and it's certainly a lot more sure of itself than it was in the early days. The characters are coming into their own, and the rate at which jokes have been crammed into the script shows that a lot of attention's been paid to the writing. Now all I need is for it to make me laugh a bit more, certainly more than the two or three chuckles an episode it's been giving me so far. Part of the problem is that I still haven't quite got used to the show's tone: everyone keeps talking about its warmth, but the odd interlude where something unpleasant happens just disrupts the flow rather than feeling like a natural part of the story. I won't give up on it yet, but it's under notice.

In the meantime, your Simian Substitute Site for August 2013 is Ian Fox - Shutter Monkey, the official page for a show at this year's Edinburgh Fringe. Because it's that time again! Searching the 2013 Fringe programme for shows with the word 'monkey' in their writeup gives you eight results in total, including three by youth theatre group Fourth Monkey, a previous Simian Substitute Site. I don't want to recommend them again (though I'm sure they'll be good), so I've decided to give Ian Fox the incredibly small publicity boost that being mentioned here will provide.

"Forget typewriters! What would happen if you gave an infinite number of monkeys a camera each?" That's basically the sum total of the information about the show that we get in the Fringe programme. However, as Fox's main website describes him as "stand-up comedian, writer and photographer," you'd have to assume that the show's going to showcase all three of those talents. A review of his run at last year's Fringe seems to bear this out, so it should be worth a look. It's on at 2.30pm, August 1st-25th, at the Laughing Horse @ Espionage (the bar that looks like a place where James Bond would pick up hookers). And did I mention it was free? Well, it is. Be generous with your cash donation on the way out.

Taking the usual rule of adding one to the year, dividing it by three and seeing if the result is an integer, it would appear that 2013 is not one of those years when I don't go to Edinburgh. So expect a week's worth of daily hungover arts reporting to come from the Pals and myself in the very near future, along with all the other regular features you've come to expect. And maybe some comments too, since my experiment with comment filtering appears to be working quite nicely. What do you think?