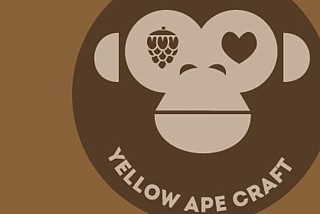 Art: What did you and your mates get up to at school? The young British artists at Slade School in the run up to the First World War - C.R.W. Nevinson, Stanley Spencer, Mark Gertler, Dora Carrington, David Bomberg and Paul Nash - started an art movement described by their drawing teacher Henry Tonks as A Crisis Of Brilliance. That's also the title of a biography of the artists published by David Boyd Haycock in 2009, as well as an exhibition of their work running at Dulwich Picture Gallery until September 22nd. Their styles were all very different - possibly the one thing uniting them was the sheer bitchiness they initially drew out of art critics - but those differences make for a fascinating exhibition. Spencer is the most familiar artist, Carrington the most frustratingly under-represented: but for me the discovery of this collection is Nevinson, moving over a decade from dynamic Futurism to graphically depicting the horrors of the Great War, and always standing far above his contemporaries.

Books: No, seriously, fuck you cancer. Over a period of just a couple of months this year, the arts world has been struck by musicians Wilko Johnson and Philip Chevron, and author Iain Banks, all announcing that they had received a terminal diagnosis and were in the process of putting their affairs in order. Banks was the first one we lost, and we can at least be thankful that he lived long enough to deliver his final novel to the publishers, if not quite long enough to see it on the shelves. The Quarry features another one of his young protagonists not quite connecting with society: Kit, a lumbering, awkward teenager who's happier inside an MMORPG than in the real world. His dad is, um, a middle-aged man dying of cancer well before his time, and the novel tells the story through Kit's eyes of a weekend reunion of his father's college pals. As blackly humourous as you'd expect given who wrote the book and when he wrote it, The Quarry is also a beautifully drawn character piece, revelling in the flaws and delights of people rather than the unexpected plot twists and grotesque incidents that initially made Banks notorious. If we have to have a final Iain Banks book - and I really wish we didn't - then let it be one as great as this.

Music: Interestingly brassy times in the circular concert halls of London last week, with two fine gigs held on consecutive days. On Tuesday, David Byrne and St Vincent took their Love This Giant tour to the Roundhouse, accompanied by an eight piece brass ensemble. It was pretty much as fabulous as this NPR recording makes it look, except that Annie Clark's had a blonde dye job since it was filmed. The next day at the Royal Albert Hall, Django Bates hosted a late-night Prom paying tribute to the music of Charlie Parker. Some challenging tunes and rhythms (and The Belated Birthday Girl suggests she'd rather have heard more of Parker's original arrangements than Bates' deconstructions of them), but another large brass group - the Norrbotten Big Band - gave a lot of warmth to what could easily have been a night of abstract noodling. And because the BBC is the best broadcaster in the damn world, you can listen to the whole concert on the iPlayer until September 4th.

In the meantime, your Simian Substitute Site for September 2013 is Yellow Ape Craft. As the BrewDogging project marches on towards its end - I'm actually writing this on the way back from the research trip for episode 10, more on that shortly - it's worth bearing in mind that other craft beer bars are available. Yellow Ape Craft, for example, which is located at 2-4-9 Imabashi, Chuo Ward, Osaka, Japan. Not the sort of place I'll be looking to make a day trip to in the near future, but rest assured it's on our shortlist for 2014. In the meantime, we'll have to make do with their website, a typically Japanese mashup of blog, Facebook and Twitter feed. Somewhere in that barrage of information you may still be able to decode stuff you need to know, like what beers are on today. They seem to have everything from local Osaka brews to - yes! - BrewDog's Punk IPA.

Coming up later this month: that wrapup of August's Edinburgh Festival visit that I haven't got around to assembling yet, a couple of pieces about a recent Scandinavian adventure, and more stuff that I'm choosing not to tell you about yet. Exciting, isn't it? Don't answer that. Or if you must, do it in the comment box below.