Reviewed today: Adore, As I Lay Dying, The Congress, The Lusty Men, Nobody's Daughter Haewon, One Day When The Rain Falls, Sandra. When I first started attending the London Film Festival, it was being run by a woman called Sheila Whitaker. Her immediate successors - Adrian Wootton and Sandra Hebron - may have done more to broaden the scope and appeal of the Festival, but they were just building on the initial work that Sheila did. During the decade she was in charge of the LFF, she gradually moved it out of its South Bank ghetto and into the West End where it couldn't be ignored. She was my first LFF director, and like your first Doctor Who that's always a tough act to follow. She died in July of this year, and she'll be sadly missed.

I first started attending the London Film Festival in 1989. And I've been there every year since, rain or shine. So this is my 25th. Ulp. 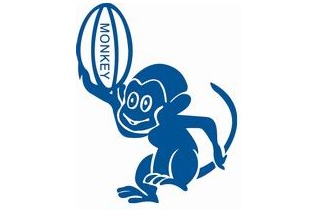 Movies: It's that time of year again, when The Belated Birthday Girl and I go to the Raindance Film Festival (ongoing until October 6th) specifically to support films that friends of ours have worked on. To be honest, that's the usual audience demographic of the sort of microbudget features that Raindance specialises in. But Muse Of Fire is somewhat different: for a start, there's no other film in this festival that can boast the likes of Judi Dench, Ian McKellen and Ewan McGregor in its gigantic cast. Nevertheless, its real stars are the filmmakers themselves, young actors Giles Terera and Dan Poole, who spent four years interviewing actors, directors and theatregoers about their attitudes to Shakespeare. Is he really that difficult for modern audiences to understand? Or is our perception of his work coloured by being forced to read it at school, when we really should be seeing it performed? Terera and Poole interweave their interviews with the story of the making of the film itself (making the post-screening Q&A a tad redundant), adding plenty of humour and personal insight alongside the opinions of the pros they talk to. The combination makes the film a hugely entertaining package, rather than the dry collection of talking heads it could easily have been. Good sound design, too. The full-length version of the film is off doing the festival circuit, but a one-hour edit for telly can be seen on BBC Four on October 24th.

Telly: Parks And Recreation update! Exactly two months ago, I mentioned here that I was most of the way through season two, and still not quite feeling the love yet. I still haven't quite finished that season yet, which made for a tricky decision when I found myself trapped on a long-haul flight with three-quarters of season five available on the entertainment system. Ah, to hell with it, I thought, and dived in. After the initial throes of spoiler panic - "Oh, he's gone. Who's that guy? Wait, they're together? And where did he come from?" - I eventually discovered, to my delight, that the show now contains jokes that work. Loads of them. Coupled with its warm attitude to its characters - the subtle development of its A-listers over the course of a season, as well as the huge bank of background cameos that weave in and out from episode to episode - it's finally become the show that my Mostly Film colleague, the confusingly named Ron Swanson, has always insisted it is. But as Cathay Pacific apparently don't have the rights to the end of season 5, I've had to jump over a few more episodes so I can start watching the current season 6 on NBC's website. (Hint: if you're not based in the US, Media Hint is your friend.)

Theatre: In the autumn months of the London theatregoing season, it's common to encounter brief runs of the plays that were hits at the Edinburgh Fringe earlier in the summer. Which is handy for those of us who were too slow off the mark to book for the biggies at the Traverse before they sold out. Case in point: Grounded, which you can still catch at the Gate Theatre in Notting Hill if you get there before October 5th. Written by George Brant and directed by Christopher Haydon, it's a solo monologue featuring Lucy Ellinson as an American fighter pilot forced by family circumstances to stop flying real jets and take a job piloting a drone from a desk in Las Vegas. Ellinson's delivery is extraordinary: she keeps up the intensity for the full hour, whether she's coasting on the adrenalin of a real-life mission or ploughing through the tedium of a remote one. Interesting to note that The Belated Birthday Girl and I disagree on the ending - she thinks it shows a woman making good in a man's job, but ultimately failing because she's a woman. Personally, I think that's just one element in a story about how you can put your fighter pilots on the other side of the world from the people they're ordered to kill, but you can never depersonalise warfare completely, and how in the end that's probably a good thing.