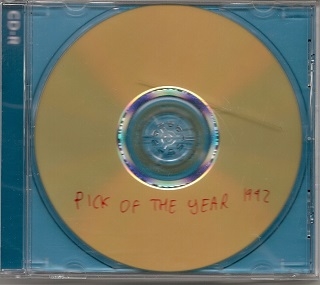 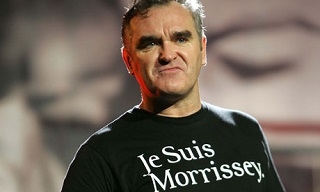 1. MORRISSEY – You’re Gonna Need Someone On Your Side (from Your Arsenal, His Master’s Voice) [video]
I've just finished ploughing my way through Morrissey’s Autobiography. I may go into more detail at some point in the future, but for now let's just say I didn't really enjoy it. Twenty-one years ago, that would have seemed like a shocking thing for the future me to be saying, but quite frankly the signs of Morrissey’s decline into tedious grumpy old mandom were already showing, this being the album where all that National Front Disco nonsense started. It’s a shame, because songs like this one showcase what we always loved him for: a ballsy backing track, a solid tune, and the genuine laugh-out-loud appearance of the refrain “and here I am / yes here I am / well you don’t need to look so pleased.” Autobiography could have done with a few lines as good as that.

2. PRINCE AND THE NEW POWER GENERATION – Sexy MF (from Symbol, Paisley Park) [video]
Ha ha! Did you hear that? He said eff! A couple of dozen times at least! Although to be fair, the artist shortly to be known as squiggle (hence the album title) has a lot more going on in this track than just the gratuitous rudery. This was, if we’re honest, the last truly essential album Prince made: when he started devoting too much energy to rowing with his record company and not enough to the tunes, he lost something he never quite got back.

3. THE ADVENTURE BABIES – Laugh (from Laugh, Factory) [video]
Flashback to 1991. Shortly after the death of legendary producer Martin Hannett, a huge collection of Manchester acts gathered in Heaton Park to commemorate his memory at the two-day Cities In The Park festival. In the middle of all the old Factory favourites like the Durutti Column and Happy Mondays, the label took the opportunity to unveil one of their newest signings, an eight-piece who tore the place apart with nothing more than sheer charm and a handful of great songs. Those songs turned up on Laugh a year later, a record that totally delivered on the promise of that live set. Caught up in the financial collapse of Factory, they were barely seen again after that, not that they were seen very much in the first place. But we still have this lovely thing right here.

4. DISPOSABLE HEROES OF HIPHOPRISY – Television, The Drug Of The Nation (from Hypocrisy Is The Greatest Luxury, 4th And Broadway) [video]
“It was a place where everything was legal.” This was my introduction to the worldview of Michael Franti – as the political content of hip-hop seemed to be withering away to zero, he appeared to be trying to counterbalance it single-handedly. Two decades on, the industrial backing by collaborator Rono Tse still thrills – watch out for that bum note at the start of every loop round the bassline – but Franti’s preaching is a little too on-the-nose. He quickly realised that he could get the same effect by more subtle means, and he’s been doing that with his band Spearhead ever since. 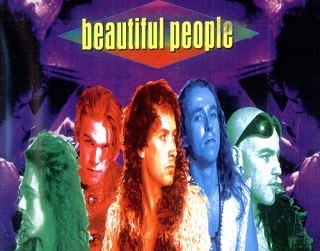 5. BEAUTIFUL PEOPLE – If 60’s Was 90’s (from If 60’s Were 90’s, Castle Communications) [video]
Another cheaty one here, I think – I don’t believe I heard this track until a couple of years after it was released. It’s the sort of idea I would have had a major hard-on for at the time, certainly: constructing new dance records out of bits of old Jimi Hendrix ones. The almost-title track of the album is a statement of intent for the concept, and easily the best example of it, whipping up a sensationally laid-back groove from several easily recognisable samples.

6. PIANO CIRCUS – Log (from Log Line Loud, Argo) [video]
Edinburgh Fringe, 1992: I’ve written about it already, largely from memory. And this was one of my favourite memories of the whole thing – sitting in a spiegeltent in the middle of the Meadows, with a pint of Boddingtons in one hand, listen to six people wring impossible music out of half a dozen pianos at the same time. The music in question was a set of three Graham Fitkin pieces subsequently gathered on this album, and Log is easily the best: its solid structure, joyous melodic sense, and sure-footed use of dynamics carry it across its epic seventeen-and-a-half minute duration. It seems a bit overindulgent to fill nearly a quarter of this compilation with one piece of music, but it’s the last one in this set, so sod it.

7. JOHNNY MARR & BILLY DUFFY – The Good, The Bad And The Ugly (from Ruby Trax, NME) [video]
I’ve only just realised: these compilations have had a lot of Johnny Marr’s post-Smiths work on them, haven’t they? He’s had more appearances than Morrissey, certainly. Anyway, this is one of forty cover versions recorded as part of the NME’s fortieth birthday celebrations, featuring Marr in collaboration with that guy from The Cult. I never realised until reading the Morrissey book that the two guitarists have a history together. Duffy gave Moz his first break as a vocalist with The Nosebleeds, and pointed him in the direction of Marr after the band split, saying "he's a much better guitarist than I am." I also never realised that The Nosebleeds was the second incarnation of the band formerly known as Ed Banger and The Nosebleeds, whose singer went on to record this splendidly daft thing. This CD's been an education and no mistake.

8. SOPHIE B HAWKINS – Before I Walk On Fire (from Tongues And Tails, Columbia) [video]
Hawkins’ debut single, Damn I Wish I Was Your Lover, made quite a bit of an impression on me. I’m sure it wasn’t just that Top Of The Pops appearance where she was more or less dry-humping the floor by the end. (I think it looked something like this.) Anyway, the songs were great too, and I particularly like the way this one builds up towards the end. I’ve never really paid much attention to her career since, and even managed to miss her Janis Joplin tribute show at this year’s Edinburgh Fringe, which was a pity. 9. THE CURE – To Wish Impossible Things (from Wish, Fiction) [video]
My previous compilations seem to have had quite a few gloomy tracks on them, but this one gets away with just one, so I can only assume 1992 was a pretty good year for me. Besides, if it’s miserablism you’re after, nobody does it as beautifully as Robert Smith does.

10. PREFAB SPROUT – If You Don’t Love Me (from A Life Of Surprises, Kitchenware) [video]
Prefab Sprout wasn’t a band that had that many actual hits – in the recent spurt of publicity for their comeback album Crimson/Red, it was terrifying to discover just how many people knew them for The King Of Rock ‘N’ Roll and nothing else. But by 1992, they had enough decent tracks to justify a best-of album, and a cracking extra song to offer as the promotional single. This is possibly the only Sprouts single that was ever capable of being the raw material for a series of dance remixes, but to be honest the original is just fine on its own.

11. PETER GABRIEL – Secret World (from Us, Real World) [video]
I had to look up the chronology just to be sure: Gabriel’s gigantic hit-making machine So was released in 1986, and we had to wait eight years for this followup. (Admittedly, we had the Last Temptation Of Christ soundtrack to tide us over in between those two.) In those eight years, he seems to have decided that he didn’t really want to be the pop star that Sledgehammer turned him into, and fair play to that. The overall impression you get from the album in general, and Secret World in particular, is of a songwriter who’s just happy to play in his own, well, world: if you want to join him there or not, that’s fine. I love the dynamics of this song – the ebb and flow is possibly even more important to it than the melody or lyrics.

12. THE KLF – America: What Time Is Love? (single, KLF Communications) [video]
So, you know how that previous track was all about restraint and subtlety? Well, this one isn't. In the year of the KLF’s noisy and spectacular self-destruction, this reworking of their biggest hit was their final two fingers to the industry, which they somehow managed to pull off without alienating the people who bought their records. Within three months of this single being released, the entire KLF back catalogue had been deleted, and Drummond and Cauty had moved on. It’s hard to imagine any act today capable of stage-managing their exit with such gusto. In the meantime, I still consider this to be the most essential Japanese import in my collection.