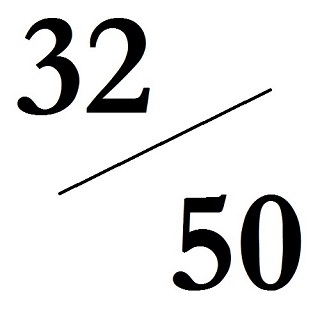 How best to explain this? Well, let's use an old Lee and Herring sketch as an analogy.

In series 2 of Fist Of Fun, there was a lengthy report on the Shrewsbury Pie Pie Festival. Every year (Brussels bureaucrats permitting), all the bits of leftover pie in the town are gathered up and baked inside a Pie Pie, which is then consumed by all the townspeople during the festival. Usually, no more than six or so of them die of food poisoning each time. (Once a decade, the leftovers from all the Pie Pies are baked into a Pie Pie Pie, but let's leave that aside for now as an unnecessary complication.)

So. Over the past year, in a nostalgic fit partly inspired by the landmark of my 50th birthday, I've been going back over my annual Pick Of The Year compilations, writing up all the ones that I hadn't got around to discussing on here before. That makes a total of 31 compilations so far, which will increase to 32 in the very near future when POTY 2013 hits the streets.

The Pick Of The Year CDs are pies, if you like. And 32/50 is the Pie Pie: an attempt to boil the music from 32 years of my life down to a double CD set featuring one track per year. So, if you found ploughing through over two days worth of music videos a little daunting, maybe you'll find 160 minutes a little easier to cope with.

Before the track listing, a few caveats regarding what 32/50 is, or more importantly what it isn't. Because the process of creating a list of favourite songs each year, and then picking one song from each of those lists, does not leave you with The 32 Greatest Tracks I've Ever Heard. What I've tried to do for each year is pick one song that had special significance to me at the time. It doesn't necessarily mean it holds special significance for me now. The opening track is a case in point: the extended remix of ABC's The Look Of Love blew me away in 1982, and mentally prepared me for the years of Trevor Horn/ZTT/Art Of Noise that were to follow. Listening to it now, though, it seems just a tad overstretched and self-indulgent. But hey, that's how we all were in 1982, so it stays.

There are other limitations to consider. All the individual compilations were designed to flow in a particular way, with a beginning, an end, and carefully sequenced pacing in between. I've tried to do the same with the two CDs of 32/50, albeit with a running sequence that's locked down by chronological order. And, of course, I've had to ensure that the whole thing fits onto two 80-minute CDs. As a result, three of the tracks - Domino Dancing, Gorecki and Brimful Of Asha - are represented here by their single edits, rather than the full-length versions I'd prefer.

Thirty-two different individual artists are credited on the compilation, but it's funny spotting the small number of individuals who pop up in differing roles on two tracks - Damon Albarn, Noel Gallagher, Norman Cook and Neil Hannon. I have no idea what the significance of that is, but presumably any sort of Pie Pie Pie compilation would have to feature them for starters. Anyway, here's the track listing: feel free to burn your own copy if you like, or just watch the video playlist.