Home Archives/Categories About Me RSS Feed Mailing List Email
Hanging Out With Various Riff-Raff: Pick Of The Year 2013
"Well It's Kind Of Obvious Really, But You Can't Green Screen Sprouts" 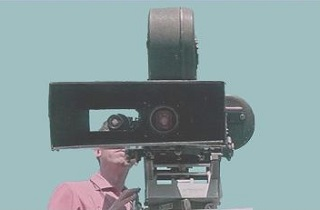 We're getting into the vinegar strokes of 2013, so everyone's doing their analyses of what's been good and bad about it. That applies to Europe's Best Website too, of course. This week, Mostly Film has been running a three-part review of the year, with contributions from many of its regulars. On Monday, it was a look at the year's television: on Wednesday, music: and coming up on Friday, the inevitable discussion of 2013's best and worst films.

I've contributed a bit to the music section: and as you can see, it's basically just a summary of what I wrote in my article the other day about my compilation CD, Hanging Out With Various Riff-Raff: Pick Of The Year 2013. As a result, I don't really have any backup material like I usually offer you - if anything, the background stuff is in the CD page.

Besides, most of the work in the Review Of 2013 articles has been done by the site's other writers. So let's celebrate them instead, with a list of my dozen favourite Mostly Film pieces from the year just gone. Follow the links and enjoy some of Europe's best film writing. (Mostly.)

Parting Shots by David Cairns & Neil Hargreaves
"As David said in his note to me, it’s not the obituary he would’ve wanted." Marking the passing of Michael Winner with reviews of two of his films: the astonishingly terrible Won Ton Ton, The Dog Who Saved Hollywood, and the surprisingly great I’ll Never Forget What’s'isname.

On Crap 2: On The Crapper by Indy Datta
"The close-cropped haircut that Willis sports in this makes him look, basically, like a wise-cracking homicidal glans." The only joint review in existence of Run For Your Wife and A Good Day To Die Hard, two films linked by nothing more than their mid-February release date and their rampant shitness.

Mostly Film Goes Back To The Oscars by Concetta Sidoti, Laura Morgan, Victor Field and Niall Anderson
"Good news! Anne Hathaway’s nipples now have their own Twitter account." Minute-by-minute coverage of what went down at this year's Academy Awards.

Obscure Gems 3: Back From The Dead by Mr Moth, Spank The Monkey, Paul Duane, Blake Backlash and Fogger
"...an embittered former shop-steward known as ‘Narky’ Jack Styles..." Our April edition of the regular Obscure Gems feature was more obscure than usual, for some reason or other. Six months after its publication, sumo wrestler Baruto retired from the sport. I hope it wasn't because of anything I said.

Appy Days by Gareth Negus
"Among the more colourful tales was the murder of one Mr Jackson, then manager of the Odeon." The Lost Cinemas Of Castle Park (in Bristol) are celebrated with a new heritage app, triggering information about them as you walk around the area.

Digital Grading: Cinema And The Blue Rinse Brigade by Dene Kernohan
"Life has a rather pleasing colour palette as it stands – why would you want to change it?" The case against the Digital Intermediate process, and why British thrillers are all blue nowadays.

Adventures In Nollywood by CaulorLime
"You’ll have to take my word for it that it exists, but rest assured that I’m not capable of dreaming up anything so bafflingly banal and amateurish." Ever been curious about the Nigerian film industry?  CaulorLime will quash that curiosity pretty quickly with his reports on the movies to be found at the bottom of a South African EPG.

Sundance 2013: A Volunteer’s Diary by Clare Dean
"She makes small talk and then politely cuts to the chase, 'Who are you and what are you doing here?'" As well as their annual blowout in Utah, Sundance also runs a spinoff event at the O2 in London. Find out what it's like to be one of the volunteers that keep the festival running.

Transmundane Emanations by Ricky Young
"Word-salad with bollock croutons. Let’s move on." Ricky's righteous ANGER at what Steven Moffat has done to Doctor Who is always a joy to behold. This roundup of Season 7b isn't actually big enough to contain everything he has to say, so there's virtually a second article's worth in the image mouseover text.

Saints And Winners by Mr Moth
"A gun that fires lethal dubstep that makes the target disintegrate and onlookers shake their asses." I'm always fascinated by MF's games journalism: I haven't picked up a controller since the days of the first PlayStation, but reviews like this one are nicely pitched so that noobs like me can enjoy them too.

A Very British Actor by Viv Wilby
"Were he in his prime in the 60s rather than the early 50s perhaps he would have had more interesting choices to make." Trevor Howard's 100th birthday is celebrated with a boxset of five films from the prime of his career, sadly not including his enjoyable turn in Sir Henry At Rawlinson End.

Very Extremely Dangerous by Paul Duane
"I feel like somebody should be making a documentary about me at this point." Most of my early Monoglot Movie Club pieces for Mostly Film have been filed under the category 'Gonzo'. Reading about what happened to Paul during the making of his film about musician Jerry McGill makes me want to hand the category over to him permanently.

One final thing to note - these are just my choices, there's plenty of other material to explore on the site. The recent redesign makes it much easier to find pieces on similar topics to one you've just read, or articles by the same writer. Take your time, it's all great. (Mostly.)

Ah, the Christmas interregnum means I have only just seen this - thanks for the shout!