Home Archives/Categories About Me RSS Feed Mailing List Email
992 But You Did Not Know: Pick Of The Year 1992
32/50 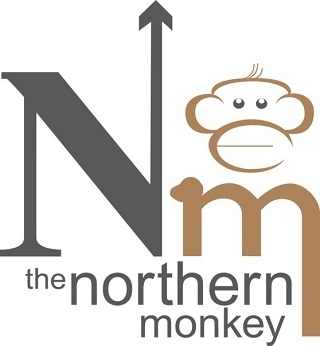 Books: 'Hatewatching.' It's such a pissy little word, isn't it? It's hard enough to catch the good stuff on telly, so why go to all that effort to track down things that you know in advance you're not going to enjoy? Having said that, I've spent part of the last month effectively hatereading Autobiography by Morrissey, so I can sort of understand the impulse a little bit. It's a messily structured piece of work that breaks down roughly into four sections. Morrissey's quasi-Dickensian childhood in Manchester, virtually unrecognisable from the one I experienced in the same city just four years after him: his glory days in the Smiths, glossed over in just fifty or sixty pages: his court battles over the Smiths' money, which take up as much space as the discussion of their career: and a rambly final sequence that appears to consist of raw lumps of his tour diary from the last fifteen years. Many people have noted that you have to read six pages before hitting the first paragraph break: I find it more alarming that you have to read seventy-odd pages before hitting the first joke, a charming anecdote about the day he bought his first New York Dolls record with a sweetly self-deprecating punchline. Sadly, Autobiography isn't big on self-deprecation, and its relentless negativity and blatant score-settling ultimately achieve the opposite of what a good showbiz autobiography does - it makes you doubt whether the original work was any good in the first place. An accidental encounter with Big Mouth Strikes Again on the radio shortly after reading the book at least convinced me that Morrissey used to be one of the wittiest and most darkly entertaining people in pop music: but those days appear to be long gone, I'm afraid.

Comics: My comics reading has slowed down to a virtual standstill, as I've been predicting since more or less the turn of the century. The only regular comic on my shopping list currently is The Sandman: Overture, Neil Gaiman's 25th anniversary return to his most popular graphic work. (Only one issue published so far, and it's already running late, which seems like a bad sign to me.) I still keep my ear to the ground, though, and occasionally pick up the odd one-off that people are talking about: the most recent example of this was issue #11 of Hawkeye, Matt Fraction and David Aja's book about the ongoing adventures of the archery guy from The Avengers. I've enjoyed Fraction's more left-field writing in the past, while keeping clear of his superhero comics, but Hawkeye made me keen to read more of the latter. With perfect timing for Christmas, Marvel have just released a hardcover collection of the first dozen or so issues of Hawkeye, somehow keeping the price down to almost exactly the same as that of the two softbacks containing the same issues. Fraction's still got a knack for great pulpy comics writing - the first image in the book is Hawkeye being hurled backwards through a high-rise window directly into traffic - but the focus on the human being behind the superhero is what makes it unusual, and is backed up beautifully by Aja's rough-edged yet precise artwork. And it all climaxes with that issue #11, where a simple change of narrative perspective to one of the supporting characters turns it into something else entirely. I bought this at the legendary Page 45 shop in Nottingham, where the staff boasted that Hawkeye was one of the very few superhero comics they'd ever put on display in their window, and you can see why.

Travel: The month just passed has been a little light on posts, as I'm sure you've noticed. Well, there's a reason for that: what with one thing and another, I've been travelling around like a mad thing all through November, staying in four different hotels during the month. You already know about my time in Leeds with The Belated Birthday Girl: at some point in December I'll be writing about my visit to Oslo for Mostly Film. But let's wrap up the other two locations here briefly. A short trip to Brighton and environs for yet another 50th birthday party (hi, Dave) had several non-party highlights. A splendid Korean lunch at Namul: a fun exhibition of Jan Švankmajer ephemera that closes on December 2nd, so run: Teddy's Tea Rooms, the ideal location for a morning-after chill-out, particularly thanks to the Cornwall-grown Tregothnan tea: and the Shoreham Bonfire and fireworks, whose actual bonfire made the one in London's Battersea Park look like a small accident with a cigarette. By comparison, a work trip to Dublin was mainly taken up with revisiting old favourite haunts: a movie at the Irish Film Institute, a burrito at Green Nineteen. But there were a couple of new discoveries in there too - Roly's Bistro turned out to be a thoroughly reliable location for lunch, and I finally got to visit legendary music venue Whelan's to catch Mary Coughlan and local support The Young Folk doing a charity bash for Sophia Housing Association. "Not bad for an ould wan," as the lady said herself.

In the meantime, your Simian Substitute Site for December 2013 is The Northern Monkey, a bar that we spotted in Leeds while making our way to the BrewDog joint. (It's a similar story with Brass Monkey, which we encountered in Nottingham during a similar research trip - more on that soon, inevitably.)

To be honest, the name was the main thing that brought our attention to the bar: we didn't actually go into it, or anything like that. All I can tell you is that as we passed it while walking down The Headrow, I overheard two passers-by talking about the place. One of them was telling a story about how recently, a guy was spotted slapping his girlfriend there, and the other male punters were so outraged by this that they all piled in and beat the shit out of him. Um, I'm not selling this bar very well, am I? Maybe you should go to the website instead, and find out what they're serving, what else they're doing, and what they look like.

Despite the anti-spam procedures I recently implemented, there's still the odd one getting though, although presumably the people involved are having to actually access the site themselves in order to leave the messages. Which means they probably get to read at least the bit above the comment box. Hello spammers! You all bum dogs. As for the rest of you lovely lot, you can leave messages below, as usual.