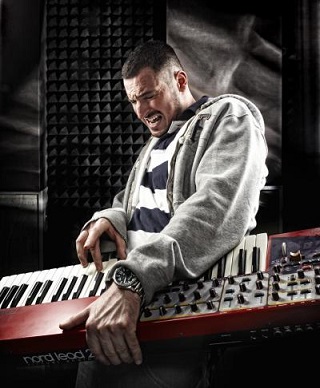 So here are the six films they gave me, in chronological order. For each one, you get a trailer, a link to their entry on CSFD.cz, and a Microsoft Translator interpretation of the film's synopsis. One of these things is less useful than the others...

Postřižiny (1980). "Mosaic humorously toned event begins with one of the small rituals, which the Asma's marriage happy spices and Jay M. She is looking for in the twilight bedroom small gift, which is this time the patent navlékač needles. Ilanchezhiyan is the administrator of the brewery in a small Czech town, and the second day with the brewery Board, which introduces the situation and plans for the future. Counsellors, however, pay attention to the events in the garden rather than the brewery, where Jay M decisively helps butchers, zabíjačkou. They are all beautiful woman enchanted, especially Dr. Gruntorád. And when the tour is over, gentlemen sported expressed his distrust of the Francinovi, very happy to invite Mrs. správcovou on pork, which extends into entertainment late in the evening..."

Slavnosti sněženek (1983). "An unforgettable hunting associations over the dispute of the two zastřeleným the boar. The story is actually a thumbnail portrait of neighbors, with whom he lived in the middle of Bohumil Hrabal chat area in Kersku near Prague. Most of the literary characters has its real and alive to true. With unique vypravěčským style writer and a great professional technology Director, before your very eyes constitutes a nostalgic, but deeply human fresco genre stories of people and people living in the Elbe. Come to life again, Mr. Franc, Leli, the family of an innkeeper from Hájenky and unforgettable story of two hunting dispute, of course, over the zastřeleným boar. In the film combines poetično with a realistic description of the stylized exaggeration with a humorous, drobnokresbou, events, happy, sad events."

Je třeba zabít Sekala (1997). "Drama in the summer of 1943, therefore, from the period when occupied Czechoslovakia featured on maps as the protectorate of Bohemia and Moravia. It takes place in the Moravian village of Lakotice, where there is not a single German, where the events of the war as not too easily. Peasant Jura Baran, wanted by the Gestapo, he fled from their native mountains and Wallachia, hiding in the middle of the Haná region in the plane of the mast Lakoticích. As a foreigner does not have the confidence of the home. Lakotice are a few farmhouses, the village is between the Golden fields of corn dotted zrajícího twelve rich farms, whose owners live in fear from Cutting. It is the illegitimate son of one farm. Has had a hard childhood, bastard, which all despise, he does a decent girl won't notice it. Slashing is bitter and cruel, hates everything and everyone. With the protectorate of his time. He gave two owners of goods from crimes against the Empire. Got for their property, they went to a concentration camp and death. From the bastard is the largest peasant and gives two goods is not enough for him."

Pelíšky (1998). "The stories of one historical generation-aging parents, teens, youth and small children. The plot is set in the late 1960s, summer-fall 67 to 68 with short acts exceeding in the 1970s. The Prague Villa quater Hanspaulka, delicate poetics and humorous hyperbole are characteristic for the mosaic narrative parallel life stories of three generations of men and women in the special period of our history in 1968."

Želary (2003). "Write to 40th, the period of the occupation and the protectorate. Tyson is a young girl, this time due to the closure of high schools nedostudovaná a doctor. Works as a nurse in the city hospital, has a love affair with the pretty and successful surgeon Richard. Elisabeth and Richard, as well as their mutual friend, Dr. Cool, are involved in domestic resistance. One night, they bring on the surgical clinic of the heavily wounded man, the peasant from remote border mountains. the man necessarily needs a transfusion. It has the same blood group as Eliška. That your donation will save lives. So the blood bond that binds our story will result in a special, very strong relationship between the modern, urban, educated Eliška and barbarian, natural, a man with a child's soul-Jozou..."

Habermannův mlýn (2010). "The legendary director Juraj Herz decided to open one of the most controversial chapters of Czech history, the postwar expulsion of Germans, in which righteous anger often mingled with those of the lowest instincts and together formed an indelible bloody trail. One of the victims of the history should be left to the winner of the German industrialist Habermann, who lived with his family in North Moravia. The circumstances of his end remains unclear. The film is the story of his life's destiny only loosely inspired, but the paradoxes of the craziest years of the 20th century presents a frighteningly perfect."

Hope that helps. And for those of you looking for Ostrava travel tips, here are two quick ones: