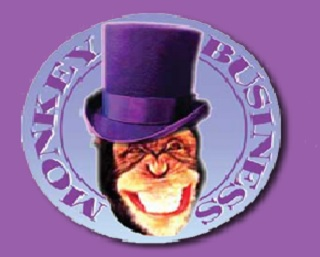 MONTH END PROCESSING FOR MAY 2014

Books: It seems to be a ten-yearly cycle, for some reason. I pick up a John le Carre novel, I read it, I'm reminded of how brilliant he is, and then I forget about him again for a decade. Truth be told, the only reason I bought A Delicate Truth in the first place was because it was going for three quid by the tills at WH Smith. We're long past the era of the Cold War shenanagans that made his reputation, but le Carre still has his finger on the pulse of what's going on. The thing that surprised me most about A Delicate Truth was its boldly episodic structure: in a series of extended chapters (here's the first one), he tells the story of a British military operation on Gibraltar, and then veers off in a number of different directions to gradually reveal what happened before and after it. His sense of character is as solid as it always was, backed up with an even more cynical view of the world than ever. Still, given that he's in his eighties now and continuing to publish a novel a year, I think le Carre's earned the right to that cynicism. If it's been years since you last read one of his books, maybe it's time you reacquainted yourself with him.

Comics: I'm still struggling to find new comics to be interested in, and it's probably significant that the most exciting one I picked up this month is a collection of a four-issue miniseries originally published in 1996. It's taken 18 years for Grant Morrison and Frank Quitely's Flex Mentallo: Man Of Muscle Mystery to come out in paperback, and it's all down to one simple mistake on Morrison's part: when he based a comicbook superhero on the Charles Atlas adverts that used to fill in the gaps between story pages, he forgot to ask Charles Atlas first. Fourteen years after the case was thrown out of court, the book's finally back on the shelves again to dazzle a new generation that only really knows of Morrison and Quitely because they created the best Superman book of all time. Flex Mentallo, despite its welcome collection between a single set of covers, probably works best as a set of individual comics - because alongside the surreal story of a musclebound superhero trying to track down the ultimate bad guy, it's also a reflection on the history of the medium itself, with each issue subtly satirising the foibles of one particular era in comicbook history. (Less subtly in the case of the grim 'adult realism' we associate with eighties funnybooks, or maybe that's just because it's the era I feel closest to.) It wouldn't be the first or last time that Morrison's writing has played with narrative layering and post-modernism, but it's easily the most elegant of his experiments in the form, and Quitely once again proves himself a world leader in the artistic depiction of utterly impossible things. Buy it now, or the planet is doomed, as they warn you on the cover.

Music: I first came across Max Richter's Four Seasons on one of my long-haul journeys last year - either Dubai or Hong Kong, not quite sure which, but it was on the in-flight audio anyway. (Something else I discovered on that Dubai flight, a useful tip for the Jeff Bridges fans amongst you: you can make long boring plane journeys that little bit more edgy by playing Gorecki's Third Symphony on a loop.) I listened to a bit of Four Seasons, was curious to find out more, and then forgot about it again until a few weeks ago, when the album was re-released in a special edition. To give it its full title, Recomposed By Max Richter: Vivaldi - The Four Seasons features Richter deconstructing Vivaldi's masterwork movement by movement, and then handing the results over to violinist Daniel Hope and the Konzerthaus Kammerorchester Berlin to perform. Sometimes Richter takes an interesting phrase from the original and generates a series of looped variations on it, much like Michael Nyman was doing with Purcell and Mozart three decades ago: sometimes he just makes minor tweaks to the original, like removing one beat out of eight from Winter 1. There are huge variations in quality from track to track, but on the whole it's a fascinating experiment. The special edition includes a couple of performance videos, some noodly electronic soundscapes, and a quartet of hilariously destructive dance mixes. My favourite one is the variation on Summer 3 reworked by Robot Koch, purely because someone has chosen to call themselves Robot Koch.

In the meantime, your Simian Substitute Site for June 2014 is Monkey Business. Not to be confused with the Prague funk combo of the same name, this is a comedy club based in Camden, London. Like most comedy clubs these days, their website is aimed squarely at the sort of audience that watches Live At The Apollo, and is full of broad hints that People Off The Telly Perform Here Sometimes. At least in the case of Monkey Business, their photos of the likes of Harry Hill on their stage seem relatively recent. Check out their upcoming schedule for more details.

Coming up this month: at the very least you'll get a full writeup of the Terracotta Far East Film Festival, which I've literally just come back from, and is the reason why this first-of-the-month post is going up at around 11pm. Beyond that, we'll have to wait and see. Feel free to drop stuff in the comments box below while you're waiting.